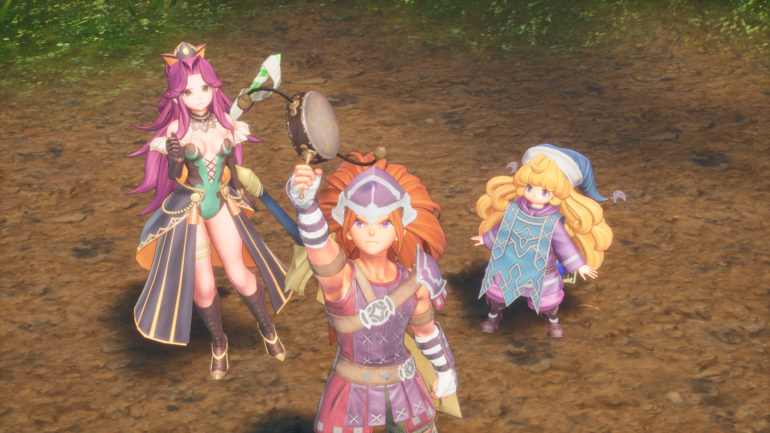 With the release of the Trials of Mana playable demo, many fans are now anticipating of its release due to their great experience. It got good feedback from the gamers who tried it, but the ones who could really appreciate it were the fans who have played the original version of the game. Some might have imported it from Japan (since it did not get released outside the country) and use the unofficial English translation just to play and enjoy it. They will definitely appreciate the localized and modern version of this game on their beloved consoles.

Game producer Shinichi Tatsuke reveals a secret about what they have planned about Trials of Mana way back on its conception stage and just how easy it was for them to transform it for the modern platforms.

Trials of Mana was already planned for modern consoles

Tatsuke revealed that there was no problem with the original game’s world and story because both were already solid. It did not need any modification for the remake version, which is why it was easy to use it. Now, the secret for the development team’s preparedness was that they were already imagining the game as a modern-day title.

The team has already thought about things that were depicted in a certain way due to the technology they used in the past, but as well as could be depicted in this other way using modern technology. They were also thinking of additional features to make it different than the original.

Tatsuke discussed how the team was able to retain the classic RPG appeal, but also have the modern take of the new version so that it could stand on its own in recent platforms. The first thing they did was to define what they would and would not change.

“We would change the graphics as well as the battle and growth systems, but we would not change the original world and characters,” Tatsuke said. “For example, looking at the battles, the original action battle was enjoyable, but in bringing the action battle system to the remake in 3D, I wanted to add even more, with actions like evasion, aerial attacks, and combo attacks.”

In order to make the original’s good points to still be retained in the modern take, the developers added new features. One of the biggest features of the original version was its incredible story, which changed depending on what kind of combination of characters players would opt for. To improve on that strength, they added more dialogue between party members when they traveled and battled enemies.

Changes made for character designs and job class alterations

Collection of Mana producer Masaru Oyamada chatted up on what they did with the character designs and the additional job class alterations. They were using Nobuteru Yuki’s illustrations and pixel art. These were then fleshed out with a modern look and then achieved the completed looks with 3D models without compromising the feel of the original versions. The designers were able to translate the illustrations wonderfully.

Many of the characters in the game already completed their class 3 designs, but at class 4 the designers thought more deeply about them. First they solidified the envisioned class names, and then have the artists have at it with the designs based on those they came up.

Oyamada is excited that fans all over the world will be able to try out the game simultaneously on April 24. Tatsuke hopes that everyone will enjoy it because they have pored over the details through and through.

Trials of Mana will be released on PlayStation 4, PC via Steam, and Nintendo Switch.