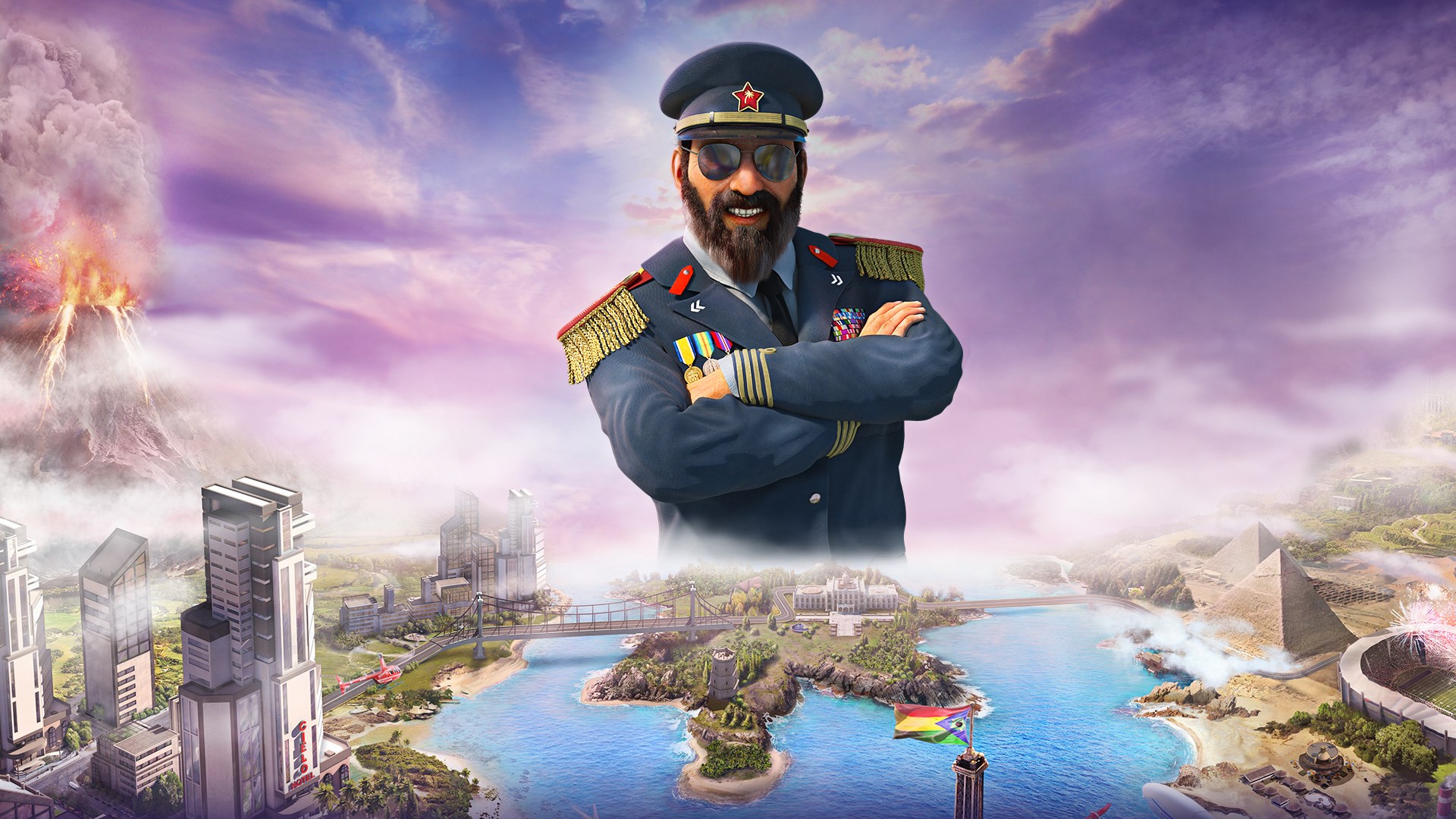 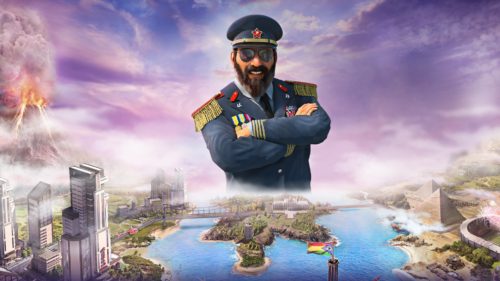 Developed by Limbic Entertainment, this is the 6th installment to a successfully executed simulated city gameplay. Yes! We are talking about SimCity and Capitalism getting married which Tropico is their offspring. Players get to play around building the perfect city while keeping in mind economic growth and making the population happy. But diving into it, it’s really not that simple.

The game offers multiple modes of gameplay. For first-timers, just like myself, you would want to try out their tutorial mode and learn the basics of the game. This mode will actually give you a glimpse of the complicity of the game. Honestly, I learn best during actual gameplay so I kind of rushed through it. That phase was so dull for me as it only showed a lot of texts and directional arrows. I mentioned basics because not everything is shown in the tutorial mode and it was the Mission gameplay that made me see more of what the game is all about. The third is a Sandbox mode where you have the freedom to do whatever, you just need to hold that power until your people are done with you.

There is always this allure in playing God and this game is no different. Well, you aren’t exactly God but the El Presidente. Someone of power and separated that you can do whatever you want on your island, however you want. Initially, that title to give you has a powerful ring to it that you just really want to hold on to that power as long as you can. Everything ends and so will your reign if you are unable to make your people happy. You only have 10 years to hold dominion over your island of dreams and the people will call off a vote. Ratings will be shown and there you will see the percentage of the population who loves you, who wants to see your head on a silver platter and feels neither. Obviously, you want more than half of the population to adore so you stay as El Presidente. So how do you make them happy?

This is really easier said than done. As discovered by Maslow, humanity has a hierarchy of needs to be met and your people need them too. This is also the beginning of a great headache. Your beloved Tropican citizens would actually need a variety of food at their grocery store, places where they can spend their hours after work and a quality place which they can rest their heads. Not only that but they also need to feel that they have a voice, that they are safe from being mugged and their religious and healthcare needs are also taken cared of too. Ultimately, these things are the factors to their happiness and you need to find the balance in satisfying these many factors as they cost a lot of money and could easily drain from your treasury.

Speaking of money, you need lots and lots of money to grow your island. There are a few ways to earn your green paper but initially, you will have to do it via docks where your resources are shipped. You can also make money by trading with Superpower allies. I find this feature really helpful because the more you trade with them, your relationship grows and the more interest you gain from exporting goods – a perfect way to boost your treasury. Raw materials generate money but processed goods are way better when it comes to money-making strategy. It will be really helpful if you get the basic industries early on such as the Rum or Tannery Industry and you may make multiple structures so you can rack that money pile high and then you will have funds to get better infrastructures. This is actually the key to winning the missions, you really can’t do much if you always have a deficit. You cannot buy nor upgrade infrastructures if you have a negative treasury. Basically you are just digging your own grave and might as well end the game.

But of course, as a powerful politician, you can always tweak your way in the minds of your citizens, allies and issue edicts for your benefit. Every infrastructure has its budget and that includes houses that your citizens live. Lowering the upkeep budget down will save you some dough but your citizens won’t be too happy about it. Structures also have work modes that you can change whether the advantage is for political, economic or humanitarian. It is completely up to you. Edicts are quite powerful in itself, there is a lot in each era that you can activate that will give you funds, discounts in building infrastructures, more revenue from each building built and so much more. You might survive on these edicts if you play them right as I have. One of my favorite buildings is the Pirate Cove. They can do raids for you such as looting some goods, saving castaways and treasure hunting. The latter is what I always make them do because there is a chance that they can acquire blueprints. Blueprints are required to unlock better structures and these can be really expensive, getting for free is a real money saver.

And you think that information can help you win the next election? Not quite yet. Factions are a thing and could very well help or destroy your chances of winning the next election. Communist love mausoleums and houses. Militarists love watchtowers and barracks. Environmentalists love parks and windmills while Industrialists love offices and industries. They will have each population of their own and overall satisfaction will come in handy on election day. You can’t please everybody and you just have to either find that balance or keep the other faction happier than the counterpart to make up for the expected loss. These details are just really the tip of the iceberg and I even haven’t mentioned job and house quality and population classes. There’s really a lot to discover in this game and the more I play it, the more intricate this video game is.

Graphic wise the infrastructures have these amazing details to them that when you zoom in, you see people coming in and out. You see them harvesting in plantations or taking care of the cows in the ranch. Just cute little beings doing about their daily lives, toiling their way to bring money to the economy. Then you will see these little cars, busses and fisher boats that collect these materials and bringing them to your docks. It may look routine but it looks so hypnotizing and calming at the same time. Then when Faction Leaders, Allies, or Penultimo, your every loyal assistant, demands something from you – these voice actors bring them to life. The Broker sounds really cocky while my personal favorite is the Pirate Queen from the first Mission. Citizens will only have a female and a male voice but clicking buildings will sound off a few seconds their corresponding function which is a cute little detail.

What I didn’t like though is even if the game presented you with a tutorial mode, it still wasn’t enough information. I would’ve liked it if there were notes, references, definition or more explanation to how each building mode works, the ratio between teamster offices and industries or how to expand to another era. Demands will have specific tasks but at times, it doesn’t really tell you how to get it. For example, Industrialist wants you to build cars but upon checking my Industry panel – there is nothing there. Militarist wanted me to launch a Nuclear Program and checking every panel available, I still haven’t seen it. It got really frustrating since I couldn’t move on to the next objectives but I had to realize for myself that I need to be in the Modern Era. Because of the absence of a basic knowledge tool, it took time for me to figure out what to do.

The autosave feature in this game is such a lifesaver. The game crashed on me twice after the patch last September 27 was released. The update, according to Steam, included multiple fixes for game issues. Maybe on their next fix, they have to include a fix to prevent the game from crashing. While the game is also doing an autosave, the game freezes. Even a millisecond would cause my heart to flutter since I’m already expecting the game to crash. Not a good feeling every time. During Mission modes, you will have a pre-set island with a few buildings on it and most often you don’t like how it looks and you have to move things around. But you can’t just simply move some infrastructures and you won’t have any choice but to demolish them. Demolish function destroys them permanently but won’t return money nor resources used when you built them. Those few supplies could really help compensate for the next cost for the next upgrade.

Another cringe effect is the background music of this game. I swear I was hearing the background music even if I already closed the game and it is not even pleasant. It goes on a loop that feels like a toe ingrown that you need to remove, asap! I am so glad you can turn it off and have a better soundtrack on the background. Road manipulation makes you want to throw the game out from your window. It’s irritating when you want to expand the road longer but it will fight the pattern that you want and you end up placing them a few road at a time which takes so much time. Sometimes it gives these errors that it turns sharply and you won’t be able to put a road, I mean – I’m the master of my City, why defy me?

If you want to feel how it is to be a Politician and/or into casual simulated gaming, this game is definitely for you. I don’t think this game would work on Players who love the adrenaline rush or any fast-paced game since waiting for the economy to boom takes ages. When you think you are making great progress, expenses are off the roof where you may need to abandon the game or load an earlier savepoint. You will never know what to expect from this game, the complexity not only goes into the different infrastructure available but into the resources as well. You have to play with factors affecting society’s happiness and goods production. Hours and hours of gameplay through experimentation and domino effects are worth it if you are patient enough. Overall, not a bad game at all.

Tropico 6 – Review
Score Definition
We tell you, it’s a good game! It’s not average! It might have some problems here and there, but you have to admit it is a “Good” game.
Pros
Zoom-in Society Details
Complexity of Building Modes
Diversity of Economic Approach
Intricate Overall Happiness Factors
Cons
Background Music
Game Crashing
Millisecond Autosave Freeze
Road Manipulation
7.5
Good