New update unlocks a lot more aside from this new feature. 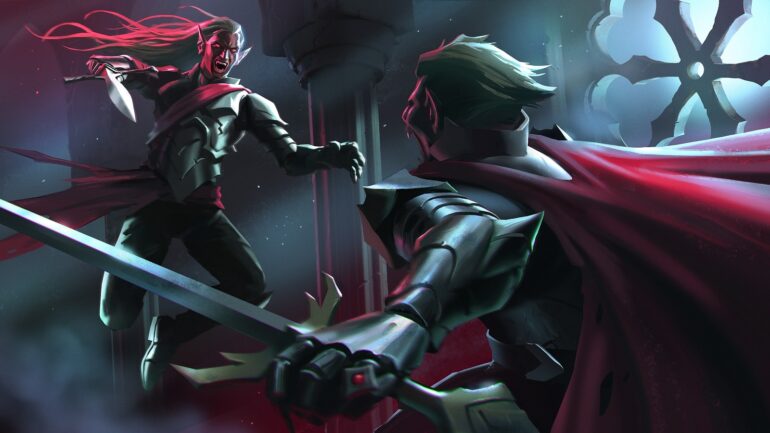 Stunlock Stios has now released the latest V Rising update and it enables a very useful feature that many fans would like to use while playing.

Patch 0.5.41448 is available to download right now on Steam and it is a bit hefty in size. When this patch gets installed on the game, it will unlock certain features that the previous version did not have. This includes the ability to play the game without an internet connection, new Steam Cloud Features, and more.

LAN Mode is now available to try out, which allows players to play V Rising without an internet connection, which is quite helpful for players who could not connect to the servers all the time. They can activate the mode within the host game screen and when starting up the server. LAN Mode can be played solo or with friends on the same local network. More improvements are coming to LAN Mode though as the developers continue their work on the game during Early Access.

The ability to send server-wide messages has been enabled as well. On GPortal servers, a message will show up in the chat when a server restarts as part of its maintenance routine. This serves as a warning to everyone to safely log out before shutting down the servers. The usual expected downtime for server restarts could last up to a minute. Other server hosts can use this new feature to send important messages to players on a particular server.

The Authentication Error has been fixed as well. It gave problems to players from getting back onto specific servers.

Salvaging cloaks no longer returns the total crafting cost, players can no longer make a material profit by crafting and salvaging certain cloaks in combination with the tailoring floor bonus.

Previously, if a player placed a soul shard in a container, it would despawn after a few hours and reset, leading to confusion. Players may no longer place soul shards in containers. Instead, the game clarifies that players need to build the soul shards within their castle to keep them. Also, players can no longer hide soul shards in lockboxes before being raided.

can now store V Rising Server History. The automatic save is enabled by default. To disable it, please go to the Steam Properties for V Rising. This will solve an issue with “missing character” that could occur when joining a server from a different PC.

have been added next to the name on official servers to make it easier to identify them.

This command modifies the health of the target unit/object closest to the admin’s cursor, allowing admins to deal damage or heal targets.

This command modifies the durability of equipped items. Note that it cannot be used to repair broken items that are not equipped.

This command adds up to 12 in-game hours to leap in time, affecting the current in-game hour and the respawn timers of units and objects. Use this command in quick succession to add more time. Please note that a server can never go back in time.

To play V Rising without an internet connection you need to follow these steps:

Before you disconnect from the internet you need to