Take a look at that gritty and awesome crafting station! 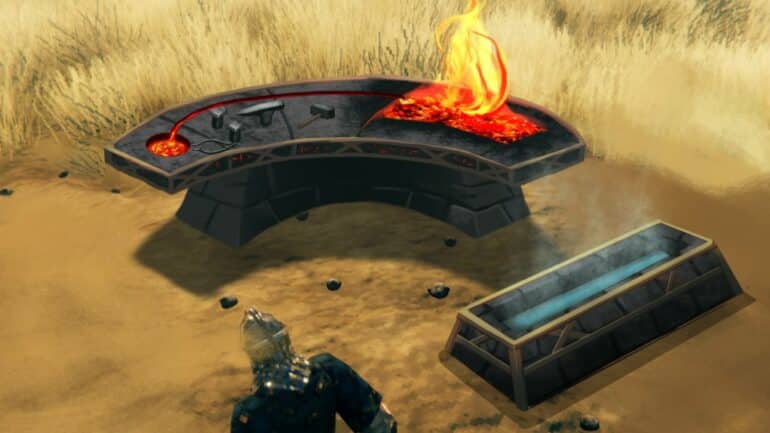 The next major update is Mistlands and it is going to introduce a lot of new content, which got teased recently in a post from the game’s official Twitter account. The image that is featured is a new crafting station that will be included in the update. The table itself looks so innovative for its time featuring a certain section with flames on top of it and a small cooling pool at the side.

Big traps were featured on the post on Steam, which have been a work-in-progress recently. It will be added to the Mistlands update, which should be great for capture large enemies. Images of new fungi were also featured, which can be discovered after the update gets installed. They can be used as ingredients for certain ingredients, but the developers did not discuss that any further, but at least there is now an image of these two new fungi.

No word yet on when the Mistland update will be released, but the development progress is going smoothly. The team is working hard and will be sharing more information in the coming days.

Valheim is now available on PC.