Valorant Episode 3, Act I Ruination Announced with Details from Devs 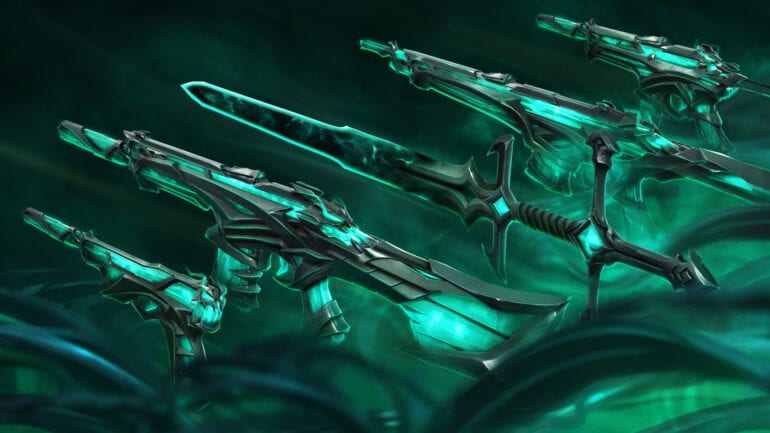 Episode 3, Act I Ruination is a dark, edgy, and corrupted event and offered new content for fans of the game. It offers weapons for melee, phantom, spectre, ghost, and guardian. The price tier is XE and the bundle price is 8,700 VP. The bundle includes:

Senior Producer Preeti Khanolkar shared the team’s goals for designing Ruination. One of their goals was to create skins that felt authentic to League of Legends but also cool to Valorant players who were not familiar with League at all. Aside from its dark, edgy, and corrupted theme, it also borrowed elements from League of Legends.

Art Lead Sean Marino shared their inspiration for developing Ruination. He revealed that he joined meetings with the League of Legends team in making the Rise of the Sentinels content. What that resulted was the Blade of the Ruined King, which had a new and unique design.