What is Apex Legends Flashpoint LTM?

A guide into learning what Flashpoint is, the best tactics to use, and the game mode's history. 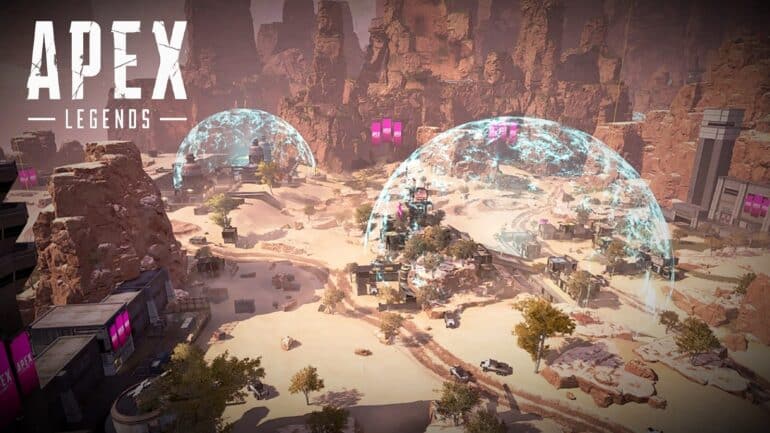 Apex Legends Flashpoint LTM, which means limited time mode, has returned as a game mode in Apex Legends this season 12. It was first introduced in the Aftermarket Collection event of Season 6 back in October 2020. It’s been a popular game mode since its release and hasn’t been seen in the game since.

This article will list everything you need to know about the Apex Legends Flashpoint LTM from how it’s played, the popular tactics used, and the game mode’s history.

What is Apex Legends Flashpoint?

Flashpoint is a game mode in Apex Legends with a simple premise: it’s a standard battle royale but it takes away all healing items on the map including shield cells and batteries. They’re instead replaced with “Flashpoint Zones” which are large blue domes that restore health and shields to any legend that enters its vicinity. Since these zones heals all, players will have to compete with other legends who are also trying to restore their health.

Respawn Beacons are also removed in the Apex Legends Flashpoint LTM. Players who wish to revive their teammates have to craft the portable Mobile Respawn Beacons from Replicators or pick them up from defeated enemies. And even with all healing items removed, players can still craft Phoenix Kits from Replicators which allows them to restore their full health.

Flashpoint Zones aren’t temporary and have a set location in the map, meaning that you’ll never see one appear out of thin air or disappear. The circle is still closing in Flashpoint however it will always close on a Flashpoint Zone in the final round. Teams who have made it to the last round will have to fight against each other while their shields and health are continuously regenerating.

There are quite a few popular tactics used by teams in Flashpoint LTM. Be aware of these tactics since they can be valuable to survive but they can be used against you.

Keep Away From Fighting

Since Flashpoint takes away healing items, many teams have taken to avoiding encounters in order to maximize the chances of making it to the final round. While it can be considered a normal strategy in the standard battle royale to avoid drawing too much attention to yourself, Flashpoint antes it up by taking away your ability to heal on the go making third party fights a death sentence.

Stock Up on Crafting Materials

The only other way to restore your health besides the Flashpoint Zones are through Phoenix Kits which you have to craft by finding a Replicator. Gather up as much crafting materials as possible since they’re the only way to heal up without having to go to a Flashpoint Zone which many teams are competing for.

It’s inevitable that teams will eventually compete for Flashpoint Zones. You’ll probably find that many teams have taken to guarding them like a fortress until the circle forces them to move. You can do the same for any Flashpoint Zone you hold by waiting for an enemy team to get close enough before you open fire. This of course attracts trouble of two teams decide to focus fire on you.

Have Lifeline and Wattson On Your Team

Expect each team to either have a Lifeline or a Wattson on their team or both. These two legends are the only ones with abilities who can restore your health and shields making them invaluable in any team composition. You’ll be at a disadvantage if you don’t have either of the two on your squad.

The Unshackled event divides its rewards into two prize trackers. These rewards can be earned by completing challenges centered around the Flashpoint LTM.

What are the gameplay changes in Apex Legends Flashpoint LTM?

Healing items do not spawn in Apex Legends Flashpoint LTM, making navigation around the map extremely dangerous. To heal, you must enter blue spherical regions dispersed throughout the map known as flashpoints, which will slowly refill your health and shields over time after a minor delay. The best Apex Legends Flashpoint LTM Legends to choose are Lifeline, Octane, and Wattson, who have abilities that can restore health and/or shields outside of certain flashpoints.

In Flashpoint LTM, the closing circle is conventional, getting smaller and smaller but always centered on a flashpoint by the end. As you can expect, this might make for a tense final minute of the game, as all players will have regenerated health and shields.

Don’t worry if conventional Respawn Beacons are removed from the map in the mode, because you’ll still be able to make Phoenix Kits at Replicators for a rapid health and shield restore, as well as lay down Mobile Respawn Beacons.

You can expect more Flashpoint-specific badges to be acquired in the Unshackled Event, since the Aftermarket Event gave badges for completing certain challenges, like as winning a set amount of Flashpoint games.

The Apex Legends Aftermarket event was the where Flashpoint LTM was first introduced back in Season 6 between October 6, 2020 until October 20, 2020. It also featured a prize tracker to reward those who have completed challenges centering around the Flashpoint game mode.

Players were given a set of challenges they had to complete in the Flashpoint LTM in order to earn enough point to proceed through the prize tracker and claim their reward.

Thank you for checking out our article for Apex Legends Flashpoint LTM. We have more Apex Legends related content if you’re interested.

Check out this Youtube video from The Gaming Merchant to see gameplay footage of the new Apex Legends Flashpoint LTM: