What to Expect with Destiny 2 in 2023 and Beyond – Lightfall, Significant Changes, and More 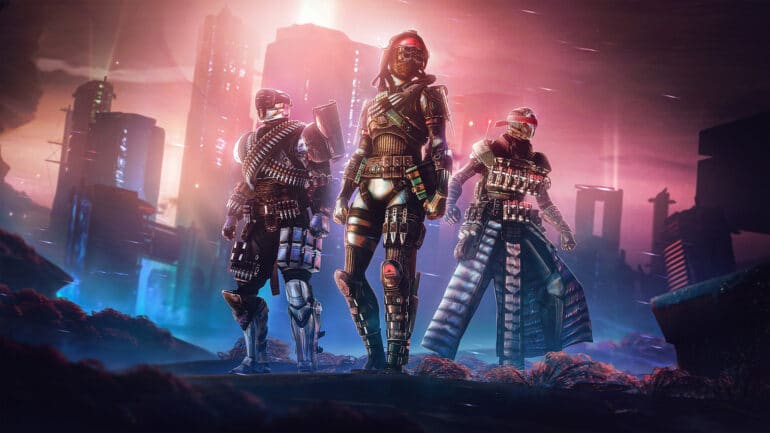 The more we think about it, 2023 needs to be a big year for Destiny 2. 2022 introduced the Witch Queen expansion and all the new stuff with it, but it also saw us Guardians having a much larger discussion about Destiny 2’s seasonal model. Players are tired of the same old stuff wrapped in a new wrapper. We’ve been through this in Overwatch 1 and more recently in Apex Legends.

The point is, Bungie needs a home run with the Lightfall expansion. Even more so, have to be hyped for the beginning of the end of the Light and Dark Saga.

In this article, we’ll go through all the confirmed new content and changes that will be coming to Lightfall and beyond. Do note that most of this information has no confirmed release date. But Bungie has assured us that they are working on them with the hope of a timely release.

Best described as a futuristic city bathed in neon lights, Neomuna is the newest world location we’re going to get in Destiny 2 and is going to be the Battlefield between the Shadow Legion and our allied forces. The most exciting about this is that, similar to Savathun’s Throne World, we’re not only going to get a new sandbox world but a lengthy campaign like the one from Witch Queen.

Additionally, the positive reception for the Legendary campaign in Witch Queen has inspired Bungie to continue the trend and allow us Guardians to take on a more challenging version of the story content.

It is worth noting that the City itself has been designed in such a way that players will feel encouraged to use the new grapple mechanic that’s part of Strand.

As Bungie describes it, Strand is the power that allows us to “reach into the darkness and pluck at threads of Consciousness”. The Darkness subclasses are what we’re going to use against the armies of the Witness.

New Hunter subclass – Threadrunner: Masters of movement, speed, and grace. The city is a Threadrunner’s playground as they grasp threads and weave new ones to dark through the air, finding the fastest way between two points.

New Titan subclass – Tyrant: Untamed and wild, Tyrants tear at Strand to manifest claws they use to sever their targets from the Weave. Leaping into harm’s way with wild abandon, the line no one crosses is drawn by a Tyrant.

New Warlock subclass – Architect: Architects effortlessly manipulate the Weave using only their mind. From the backline, these telekinetic sorcerers can even twist Strand into sentient creatures to do their bidding.

We don’t much yet about the upcoming Raid. What we do know is that we’re going to be able to acquire Apept Weapons with Enhanced Perks. And it seems like the weapons will not be craftable similar to their normal versions.

Apart from that, Bungie is planning to bring back another reprised raid this year. Our best guess is that it’s going to be the Wrath of the Machine but we won’t truly know until Bungie announces which one.

So according to Bungie’s website, we’re going to get two new dungeons in seasons 21 and 23. And to access them, we need to be an Annual Pass holder of the base Lightfall game.

Let’s just hope that they will be more creative than the last one, Spire of the Watcher. We’re not alone in saying that some of the mechanics were overused and bosses weren’t anything to write home about. It’s still fun though if you have a firm grasp on where you need to go and what to shoot.

Bungie has stated that they have plans to adjust the game’s crafting system. And while don’t have a concrete list of changes, they have laid out certain goals they will achieve over the course of the year.

When Lightfall officially starts, Deepsight versions of non-craftable weapons will no longer be part of the loot pool. This has been agreed upon as a means of achieving their goal of reducing Deepsight weapon hoarding and reducing the stress of having to choose which weapons players want to keep in their vaults.

Players who currently have these weapons in their possession are encouraged to complete their Deepsight plans and extract their Resonant Elements before February 28 to avoid losing any Resonant Elements.

Bungie used Hawkmoon and Dead Man’s Tale as a trial run for random rolled Exotics. Now that the experiment is about to conclude, it has been decided that both these Exotics are going to have craftable versions.

We don’t know yet if it’s worth holding onto your current rolls of both guns. We don’t yet what the final list of traits they’re going to have, but it may be worth keeping the best roll you are most comfortable with.

In a podcast from some ago, Senior Design Lead, Chris Proctor, stated that the team is working on subclass 3.0 verbs on exotic weapons. Here are some of them.

Furthermore, Bungie is planning to introduce a couple more Foundry Traits throughout the year. The implementation of Foundry traits is still a priority and they want to add them to weapons that already have an Origin Trait. This is with the goal of making them stand out more as compared to those with them.

“We’re going to start doing that with those types of chunks of content every Season, or every other Season… old Raid weapons, maybe Dungeon weapons, maybe other sources”

In this part, we’re going to Bungie’s plans to implement Custom Loadouts in the game. This is a massive change in terms of quality of life for us Guardians. Currently, we 3rd party apps like DIM (Destiny Item Manager) to help us manage our gear but Destiny’s in-game version takes it one step further.

Coming in one of the upcoming seasons, Destiny 2’s version of the loadout manager is going to look and feel similar to how we apply cosmetics to our armor. We’re going to see a breakdown of the mods attached to each piece and we’ll be able to mix and match. As seen from the technical mockup image above, we’re going to get five different slots for loadouts.

After years of waiting, Bungie is finally going to implement LFG (Looking for Groups) into the game itself. We no longer have to rely on the Bungie site or anywhere else for that matter. People can still use them to find people to play with but they’re going to supplemental resources that aid the LFG system.

Apart from those two major changes, Bungie has plans to implement an Endorsement system like the one in Overwatch. It’s going to go hand-in-hand with the planned Guardian Ranks that are going to assist with other social systems in the game. From what we can tell, it’s going to be a mix between a season pass rank and an identifier of how experienced a player is with the game.

It is expected that it’s going to work with LFG for things like endgame content where first-time dungeoneers and Raiders can come together and a place where a sherpa can show these New Lights the ropes.

For the coming year, Destiny 2 is going to bring back two more maps from the early days of the game. And they have started production on a new map with the hope that it is going to be released in the year of Lightfall.

Here are a couple of notes about what they have planned for the future.

But that’s not all they’re looking into. they are also looking for a way for players to earn older Crucible armor set via Focusing starting in Season 20. They specifically referenced the Exile armor set as something to look forward to.

And for those players who really dislike the current Flawless card for Trials, Bungie is working on a new paradigm that removes the Flawless pool but still provides protection for players working on Trials reputation rewards. We will hear more about it as Season 19 draws to a close. And before they implement the Trials Labs when Season 20 arrives.

Over the course of the last season (season 18), the team has been monitoring and adjusting loose SBMM (Skill-based Match Making) settings that were applied to Quickplay. They have noted that it has resulted in better matches for many players, but has come at a cost of rising connections issues when getting into higher-skill bands. To address this, they are going to roll out a second new matching feature clled Dynamic Skill Ranges.

This is how Bungie describes the system.

“At a high level, this feature increases the Skill window our system looks for when matchmaking if you are in a low population Skill bracket or during a particularly low population time. The intention here is to increase the window enough to give those playing at low population times additional good connections to choose from, without harming the Skill balance significantly. This is the next in our evolution of loose SBMM that we introduced in Season 18.“

And that’s all we have for right now with all the major plans Bungie has for Destiny 2 in 2023. Check back here with us when they make more announcements in the future as Lightfall approaches February 28, 2023.

On a more personal note, the change I want to see is another round of changes to vendors. Specifically, Ada-1 and her armor mods. Armor crafting is one of the biggest obstacles for any New Light or returning Guardians. It is incredibly frustrating to have to wait several months at a time for a mod that can make a build work.

If there’s any way to streamline the process without overwhelming newer players with a lot of stuff, all at once, I’m all for it. Maybe give us the option to choose between a Well, Charged with Light, or Warmind mod per day. Hey, it’s a start, right?

For a more detailed look into Bungie’s plans for the year, check last year’s Destiny 2 showcase where they talk about everything that’s coming to the game.