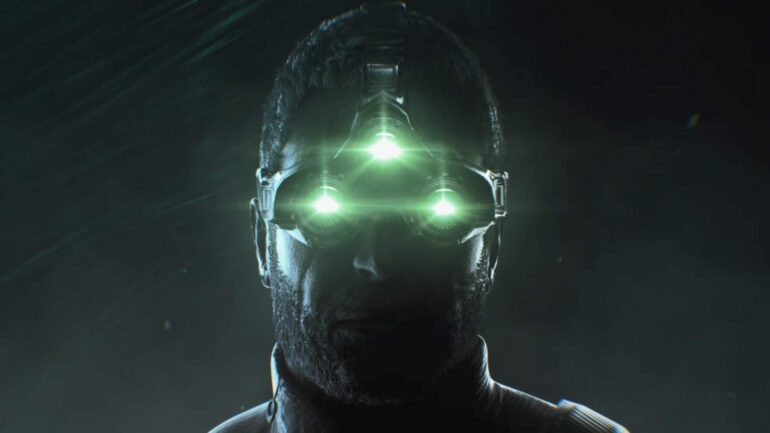 Splinter Cell is undoubtedly one of the most beloved stealth action franchises that ever existed, rivaled only and surpassed by the likes of Metal Gear Solid. With such an iconic franchise, one would think that any company would capitalize on such a game. Especially one that people have been repeatedly asking for. There’s no shortage of frustration for Ubisoft why they would ignore players asking this type of content in favor. Unfortunately for us, don’t bother expecting another Splinter Cell game from Ubisoft. Possibly ever.

If we take a look at Ubisoft’s trending releases of games, they follow either one of two practices. They’re either A) a competitive multiplayer game or B) a big sprawling open world map with tons of stuff to do. What do these two have in common? Simple. They’re both games designed to keep players playing for as long as possible.

Take a look at Rainbow Six: Siege. A competitive platform released back in 2015 that has amassed a good amount of loyal players that keep coming back to the game. This is one of Ubisoft’s greatest sources of income with players encouraged to either pony up money to unlock new operators or invest a great amount of time to get the one they want. Just imagine how much they earn with their Season Passes and the in-game market offering cosmetics.

Then take a gander at Ghost Recon Wildlands, that was released back in 2017. Wildlands has this great giant open world map, that’s practically a whole country, that take a while to traverse. It’s purposefully designed to keep your attention for as long as possible. Even more so with its sequel, Breakpoint, which you couldn’t even play unless you’re online. Both had some very shady practices that encourage players to keep playing or paying by putting in a grind. Breakpoint in particular had “time savers” and season passes that no doubt fed into Ubisoft’s monetary gain.

And finally, there’s the latest three installments of the Assassin’s Creed franchise. A franchise that Ubisoft butchered in order to turn it into a profitable cash cow. Instead of the stealth action open world that we grew up with, Assassin’s Creed has been turned into an open world RPG with stealth elements in an effort to put in some kind of grind that encourages players to stay and spend.

The reason Ubisoft won’t make another Splinter Cell game is because they can’t warp Splinter Cell into a game that encourages players to keep coming back and spend more money. Splinter Cell can’t be made into an open world RPG with elements of stealth. That was possible with Assassin’s Creed due to its flexibility with its historic nature and mythology. The best you’ll get from Splinter Cell is a frequent use of the franchise as a cameo in games like Ghost Recon, Siege, or the upcoming XDefiant.

Splinter Cell won’t make them money the same way their other titles would. What kind of Season Pass could it offer? Would players even bother to pay for cosmetics in a game that’s fundamentally designed to never have their players be seen? How long would the average person spend in the game before shelving it?

This isn’t to say that Splinter Cell is bad. Far from it. It’s one of the best stealth action franchises in gaming history. It’s just that Ubisoft’s focus is more on squeezing every dime they can get from every release of a game. The best games aren’t judged from how long they can keep players coming back. They’re judged by just how great and memorable the experience they offer are.

This is unfortunately bad news for future Ubisoft titles. With rumors that Assassin’s Creed Infinity will be a live service free-to-play game and XDefiant will no doubt attempt to replicate Valorant’s success but be dead in a few months, you’ll have see no end to the trend Ubisoft is spiraling towards.

What’s a shame is that Ubisoft can easily create a beloved masterpiece akin to Ghost of Tsushima should they actually put the effort. But they’re just too busy trying to be a mobile gaming company.