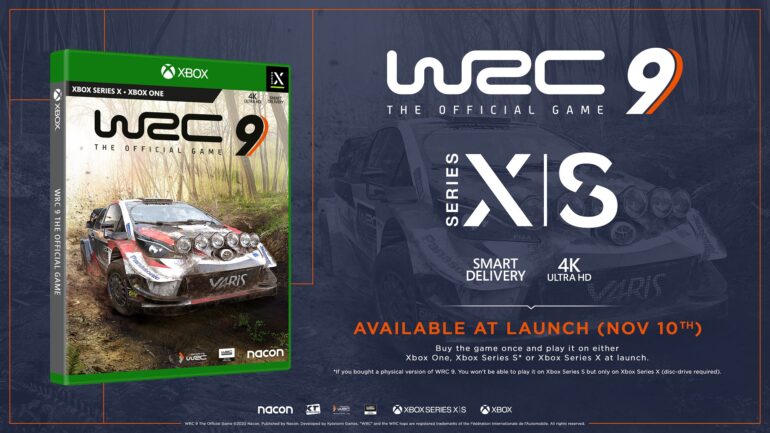 With the help of Smart Delivery, players who already have the game on Xbox One can now directly access the Xbox Series X/S versions of the game. They can now benefit from the 4K 60fps gaming experience.

The game on Xbox Series X/S will start today with the October update that includes six new stages for Rally Finland, additional WRC driver, and the new Photo Mode.

The game developers of the French studio KT Racing have made great strides to once again meet the high expectations of rally fans looking for tougher challenges and heightened realism. The career mode has been enhanced and improved further and many technical improvements have been implemented. Players will be thrust into the heart of the 2020 FIA World Rally Championship season with many great highlights.

WRC 9 is available today for Xbox Series X/S. The game is also expected for a release on PlayStation 5 from November 12 and 19, according to the date of availability of the console in each country.

The game has been available on Xbox One, PlayStation 4 and PC via the Epic Games Store since 3 September 2020.