WWE 2K22 MyFaction Mode – All Details and How it Works 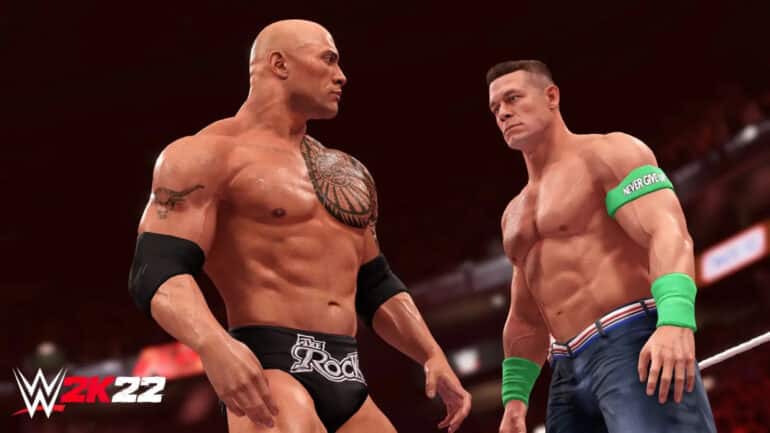 The new MyFaction mode in WWE 2K22 allows users to collect cards, establish factions with their favorite wrestlers, and enter the ring with legends to take on challenges and win rewards.

As WWE 2K22 is an online single-player game there is no competitive advantage and all items may be acquired with MyFaction Points or Virtual Currency. 2K wants you to know that “anything that players can unlock with Virtual Currency can also be unlocked with MyFaction Points,” and that because it’s a “online single-player only experience,” you can’t “gain a competitive advantage over other players by purchasing virtual currency,” or, to put it another way, you can’t “pay to win.”

What is MyFaction mode in WWE 2K22?

MyFaction is an unique spin on a classic team-building mode in which users collect, manage, and improve a wide range of WWE Superstars and Legends to form their ultimate four-person faction. Managers and Side Plates improve performance, while Logos, Wallpapers, and Nameplates let you express yourself.

MyFaction mode appears to be similar to MyTeam modes found in NBA 2K, FIFA, and Madden. WWE superstar cards will be released and updated in response to events in the real world of WWE. According to 2K Sports, gamers will be able to collect superstars from every era, allowing them to witness and participate in matches that they could only imagine.

Build a four-person squad of superstars and legends to employ in various single-player modes on MyFaction. With the help of the wrestlers themselves, you’ll need to acquire various boosts and Side Plates in order to obtain a competitive advantage in the many modes available.

Every week, you’ll take on a new task to test your skills and stamina in the Towers, while daily challenges and Faction Wars throw two teams of four players against each other for supremacy. Customization is a big part of MyFaction, so don’t be afraid to try.

Players can create and swap between up to eight separate factions, each of which can have four male and four female superstars.

After a lengthy wait, WWE 2K22’s MyFaction mode is now getting some official details, including the new MyFaction mode that will arrive tomorrow. Here are all the cards revealed so far:

The official WWE 2K22 MyFaction website went live at the same time as the trailer’s release, and it featured this first look at the cards. Many more are expected to be unveiled, but this proves the existence of a MyTEAM-structured system similar to that found in NBA 2K22.

Playing the game earns you My Faction Points and MyFaction Tokens, which you can use to purchase limited-time card packs.

Each month, new and exciting limited-time rewards are also unlocked in WWE 2K22 MyFaction modes such as Weekly Towers and Faction Wars. New themed card packs will be released on a regular basis, providing players with a legion of current Superstars and adored Legends to collect and add to their existing roster.

Virtual Currency is available for individuals who want to spend a little money to get a head start on building their dream team.

MyFaction’s Virtual Currency, is an in-game currency which can only be used on card packs, boxes, and contracts, can be purchased and used only in MyFaction modes. Everything that can be unlocked via Virtual Currency is also available via MyFaction Points.

The completion of matches and challenges awards MyFaction Points, which can be used to purchase card packs and more contracts.

MyFaction Tokens can be used in the Token Rewards market to obtain powerful WWE superstar and legend cards.

There are 3 available Play Modes for MyFaction players to pit their four-person factions:

Here are a few tips to keep in mind when playing MyFaction mode for WWE 2K22. The prospect of creating a faction that can compete with the likes of the nWo, D-Generation X, and Evolution is a daunting one.