Yokozuna and his cousins get screenshots for the upcoming Banzai DLC pack. 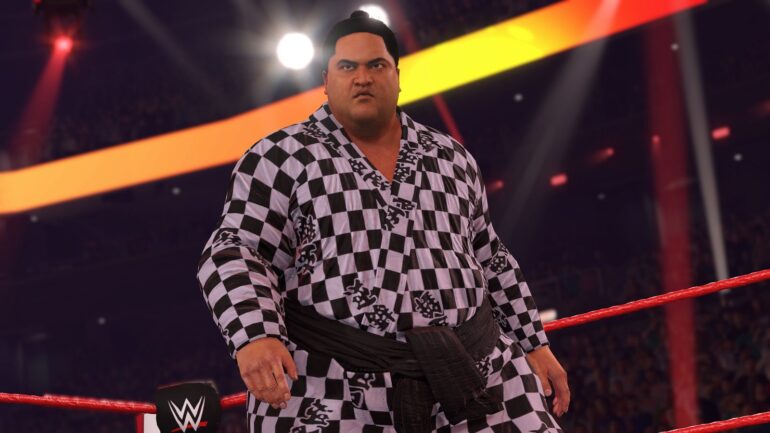 The newest entry to the WWE 2K series has finally revived it after that bad launch on WWE 2K20. This one has better visuals, perfect controls, stability improvements, and tons of new characters with more characters on the way. With new content coming soon, 2K Sports shared the screenshots showing the three DLC characters.

The first character to be shown is the one named after the DLC, the Banzai Pack. The first one is the mighty Yokozuna wearing his usual sumo yukata to the ring.

The next WWE fighter in the Banzai pack is Yokozuna’s cousin Umaga who was popular known as Jamal. After a while, he then used his name Umaga after fighting against John Cena and competing in Wrestlemania against Bobby Lashley.

Another cousing of Yokozuna is also joining in the Banzia Pack. Rikishi joins in with his Too Cool outfit. He did not win a WWE Championship, but he was featured in the main event WWE storylines. He was famous for being the one who ran over Stone Cold Steve Austin with a car in the past.

These are just three of the five wrestlers in the Banzai DLC Pack with two more: Omos and Kacy Catanzaro. Their screenshots could be shown in the next few days.