Thank you Microsoft for the nostalgia! 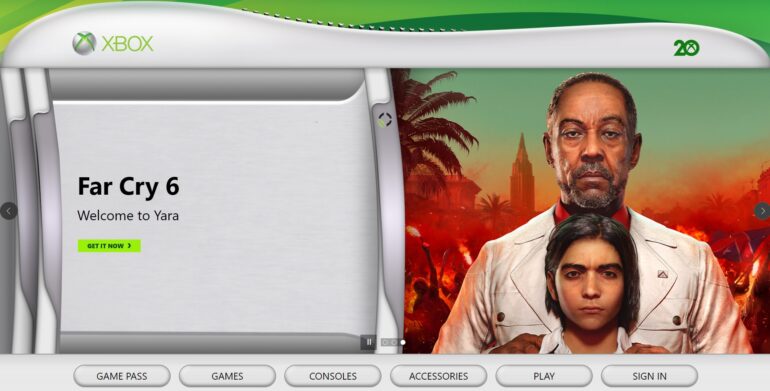 Fans of the Xbox Blades dashboard of the Xbox 360 console might get a rush of nostalgia if they are going to visit the Xbox official website right now.

It seems game company Microsoft is currently preparing for the upcoming celebration of the sixteenth year anniversary of the old school console Xbox 360 since its launch on November 22, 2005. This started with the change of the theme of the Xbox official website. It now resembles the dashboard known as the Blades design, which launched together with the Xbox 360 console.

The Blades dashboard remained for the classic console until 2011. It was then changed to the new Xbox experience with the tiled design. This was popular together with the Xbox 360 Slim so those who were introduced to this particular version of the console might have not experienced the original dashboard design.

The Blades dashboard on the Xbox official website currently scrolls three games that are popular right now like Far Cry 6, Back 4 Blood, and Nickelodeon All-Star Brawl. When you click on the links, it will take the user to the original website design, which means this redesign was for the homepage only.

It is nice to see the old Blades dashboard again even though it is now in the form of a design for the website. It is a way to celebrate how one of the classic Xbox consoles got popular and intrigued a lot of fans all through these years.