Borderlands 3 Gets New DLC Bounty Of Blood: A Fistful Of Redemption Next Month 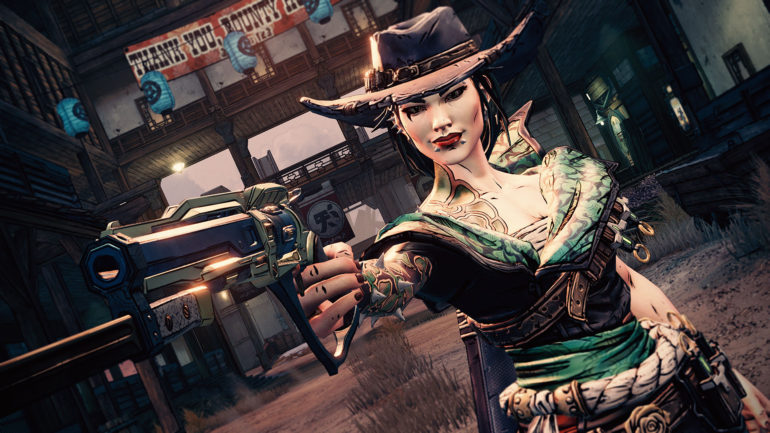 Game studio Gamebox Software recently revealed the third paid downloadable content for Borderlands 3 and it is called Bounty of Blood: A Fistful of Redemption.

The third paid DLC has a western theme to it with a whole new setting. It will introduce a new cast of characters for players to meet like the warrior Rose and brawler Juno. There is also an unseen narrator that would commentate somewhere while players are going about their business in the planet of Gehenna.

The goal of this new DLC is to claim a bounty on The Devil Riders, which are a gang of bandits that terrorizes the town of Vestige. With the help of the players, the town will rebuild and its citizens finally protected from harm. Rebuilding will happen after finishing story missions and Crew Challenges.

New gameplay additions will be available in this new DLC like customizable JetBeat hoverbike. It can be outfitted with artillery like dual machine guns and mortar weapons. There are also four new interactive objects that can help players in combat and exploration. One of this is the Traitorweed, which will turn enemies into allies when they got shot by this weapon. The Breezebloom will boost players towards a destination and will make it possible for them to reach very far areas.

There is also a Takedown at the Guardian Breach that will launch on June 4. This upcoming DLC is coming on June 25.

The game is now available on PC, Xbox one, and PlayStation 4.

Check out the reveal on The Borderlands Show here: