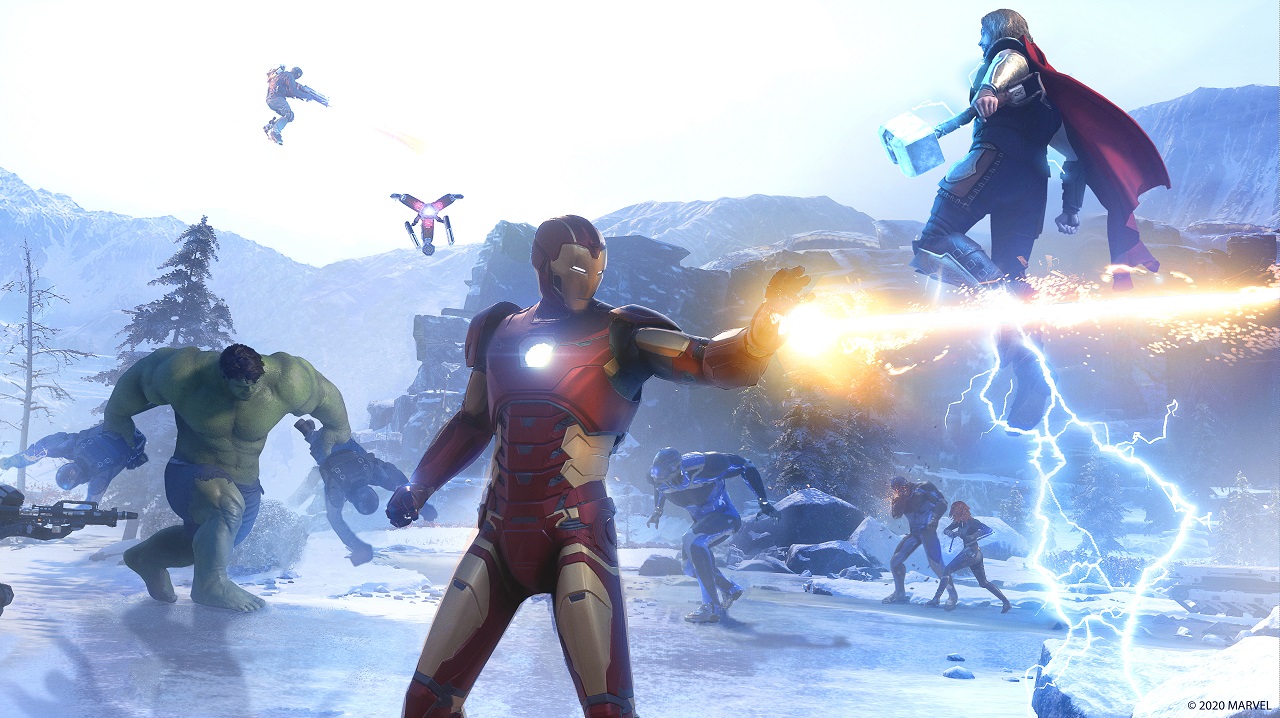 The first War Table footage features a world premiere of the new trailers including Thor gameplay in his Once an Avenger campaign hero mission. This new gameplay trailer shows Thor using different kinds of attacks from melee, lightning attacks, to a special signature heroic move that calls Bifrost and destroys his enemies once he appears on the target.

The video reveals M.O.D.O.K. to be the main villain, which is short for Mental Organism Designed Only for Killing. He is an artificially mutated, super intelligent overlord of AIM (Advanced Idea Mechanics.)

Crystal Dynamics shows new information about War Zones, the game’s team-based missions. The new discussion shows their structure on how the Avengers become even more powerful when working together. War Zones can be played solo with AI hero companions or by co-op groups of up to four players. The video also showed the game’s world like AIM’s research facilities to a derelict Helicarrier. These locations can be visited by the team where they can earn new rewards, gear, and experience points.

Hero Missions are single-player only and part of the initial Campaign. These are missions that show off each hero’s unique abilities as players reassemble the roster.

Customization is available in Marvel’s Avengers for the heroes. Each of them has their own unique power sets, but with the gear they equip players can have the flexibility to play differently. There will be no heroes that will have the same customization, well that depends if the two of those players have the same mindset. Each hero has dynamic combo systems, Heroic moves, an intrinsic ability, and signature move sets to unlock and customize. These are all inspired by classic moves from the 80 years of history in all media and some are originals in this game.

There are different kinds of outfits players can use to dress up their super heroes. These are classic, fan-favorite, and all-new original outfits that are inspired by over 80 years of Marvel history.

Marvel’s Avengers is an ambitious game, starting with a global high-stakes race to rebuild the Avengers. But that’s just the beginning. To ensure a continuing heroic experience for all players, the narrative of Marvel’s Avengers expands, and threats escalate with each new post-release Super Hero, region and story arc delivered to players at no additional cost once they own the core game.