Pre-order yours now on Best Buy! 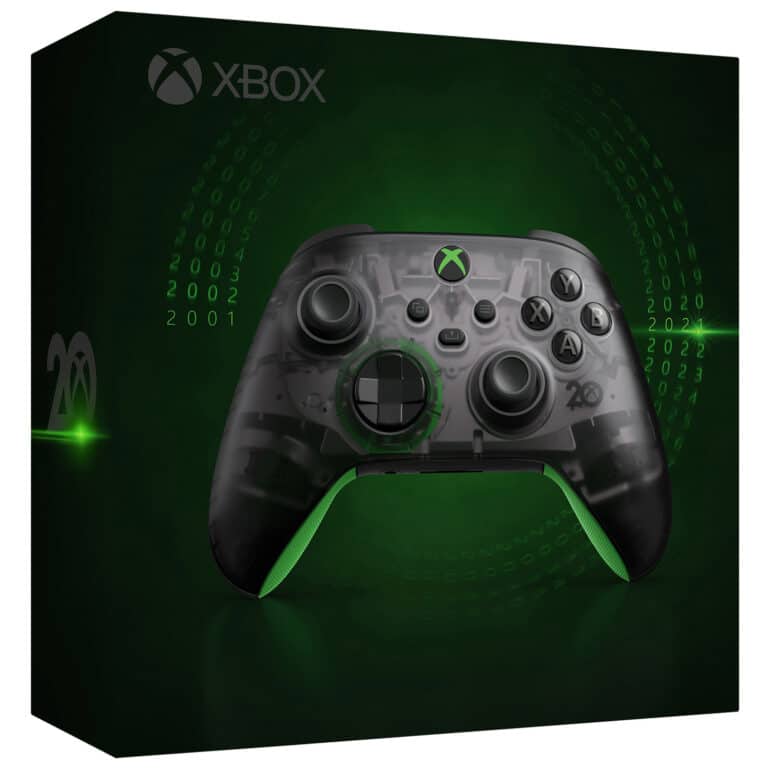 Xbox has just recently tweeted about a new controller to help kickstart their celebrations of 20 years of play. If you check the tweet all it shows is a dark silhouette with the words “20 years of play in your hands #Xbox20” but thanks to a listing from Best Buy, we can see the controller and all its glory as well as providing detailed descriptions on it.

“Inspired by the styles and innovations of the past, this 20th Anniversary Special Edition Xbox wireless controller brings you the best of the last 20 years. It features a transparent black design with vibrant green details that stay true to Xbox’s signature style while thoughtfully designed buttons and a hybrid D-pad enable precision, tactical gameplay.”

The new Xbox controller certainly distinguishes itself as being unique when compared to the other special edition controllers like the Forza Horizon 5 Limited Edition Xbox Wireless Controller and the Aqua Shift Special Edition Xbox Series X/S controller and this being the 20th anniversary edition means that it will probably be more coveted by people who enjoy collecting these controllers.