Checking magazine clips will be done manually and you have no HUD. 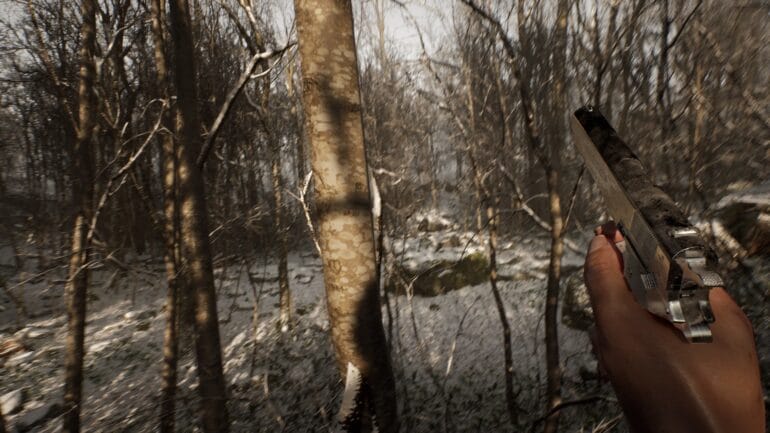 The upcoming and most controversial video game of this season, Abandoned, has recently been on the headlines. Its Game Director, Hassan Kahraman recently shared some interesting details about their upcoming game Abandoned and one of them is about how realistic the gameplay will be.

The interview is in Arab and just Google-translated to English, so the translation is not perfect, but it does give some interesting details. One particular feature is its gameplay and it seems Kahraman and his team are aiming for almost realistic gameplay, like the same as a simulator of sorts.

Kahraman first clarified that Abandoned is a first-person shooter, but in a realistic environment with some horror elements in it. He also stated that the horror elements are not the same as Resident Evil or Silent Hill, but it is there.

The game director revealed that they have developed a system that offers realistic games interactions. He claimed that players will realistically interact with other players like a human does and also the world will be very realistic. They also developed an advanced Motion Capture system to make this happen

Since it is a first-person shooter, the game will have gun mechanics, but not the same as Call of Duty. Kahraman revealed that firing a gun will be realistically slow, and will have no HUD, but this will be compensated with hand gestures or movement that will act as a HUD. As an example, checking ammo will be done manually, players will have to peek through the magazine clip from the gun. If the gun is empty, players will feel it through the Haptic Feedback feature and hear the sound of metal via the Dualsense controller.

So far, Abandoned seems to be a very ambitious project with so many realistic gameplay features. Some still claim that this is the Metal Gear Solid Remake or even a Silent Hill Remake. Kahraman has vehemently denied this even in the interviews. No word yet when this will be released, but this could be launched on PlayStation 5.