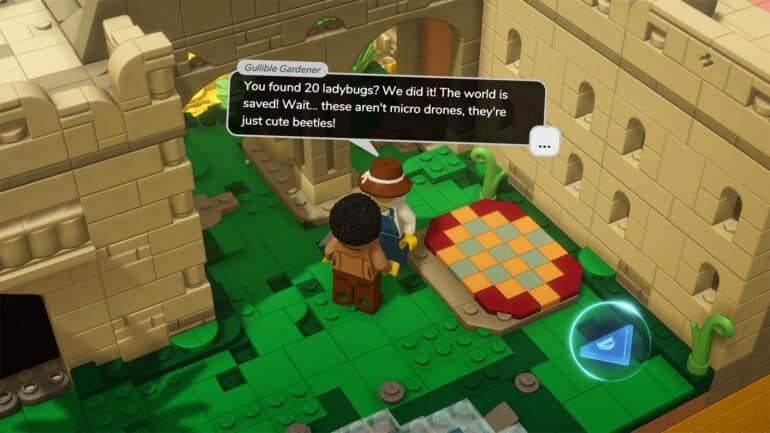 There are plenty of animals that can be collected within the Desert level of LEGO Bricktales (except for the horde of cats) and while some can be spotted easily, others require more efforts in searching and some specialized skills in order to obtain them.

In this guide, we will talk about where to find all the animal collectibles in the Desert level in LEGO Bricktales.

In the Desert level, there are a total of 20 animals to be collected. 13 of them can be found within the first run through the level, while the other 7 will require a revisit once the necessary abilities to reach them have been acquired.

In the Desert, you will find four (4) of each type of animal, with the Ladybug as the main animal for the level needed by the Gullible Gardener.

Check out our LEGO Bricktales Desert Level Walkthrough and Builds guide to know how to complete the level.