A guide to learning how to exploit the L-Star for unlimited magazine in Apex Legends. 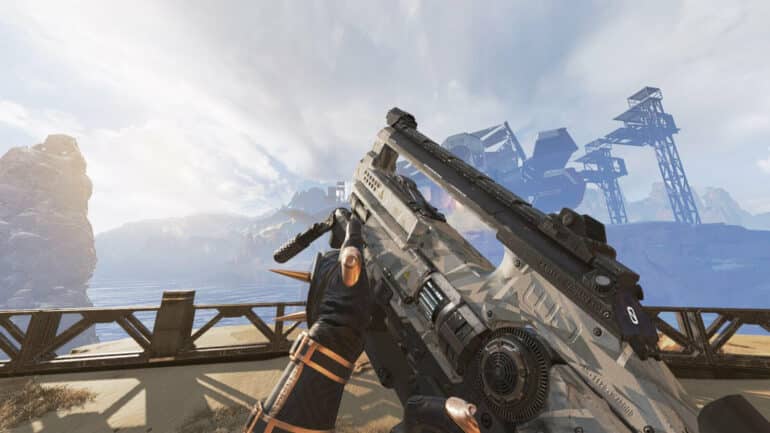 The L-Star is one of the most unique weapons in Apex Legends. Unlike other guns, the L-Star never has to be reloaded unless you overheat the magazine. This makes this energy-based weapon rather deadly if you know when to give it breaks during a fight. Players have clashing opinions about the L-Star with many considering it to be a game breaker.

In Season 12, the L-Star has become even deadlier. Respawn Entertainment has given the weapon a few buffs that make it effective as a mid-ranged weapon. The tradeoff was that it needed a cooldown period else you overheat it. It sounded like a fair balance…until someone discovered an exploit that negated overheating the gun.

In this guide, we’ll show you how to use the L-Star exploit unlimited magazine glitch so you never have to reload the weapon once it overheats.

How to Use the L-Star Unlimited Magazine Exploit

To use the L-Star unlimited magazine exploit you have to remove the magazine attachment from your L-Star and reattach it again once it overheats. This completely resets the overheat meter of your L-Star allowing you to keep firing without having to reload, using the following steps:

To be clear, you need to have a magazine attachment for your L-Star to do this exploit. You’ll still consume energy ammo but you’ll no longer need to reload to get past the overheat mechanic of the L-Star.

How the L-Star Unlimited Magazine Exploit Was Discovered

In the Apex Legend subreddit, a user by the name of “jacknoyan” posted an exploit that allowed him to essentially reset the overheat meter of the L-Star giving it unlimited magazine.

Many users have pointed out in the comments that this exploit will only ever be useful if you’re fast enough to detach and reattach your L-Star magazine in the middle of a fight. On consoles, this can be particularly difficult.

How This L-Star Exploit Presents a Problem

The exploit becomes a problem once PC users start using a macro to take advantage of the L-Star. While this exploit won’t become an issue on consoles, PC players can purchase hardware that have their own scripts which allow them to detach and reattach the L-Star magazine instantaneously.

This makes players who use a macro an overwhelming force that never stops spewing out energy ammunition. Regular players will have to fight against foes with weapons that never need to reload or stop.

If this L-Star exploit for unlimited magazine garners enough attention, Respawn Entertainment will most likely fix it through a future patch.

That’s how you do the L-Star exploit unlimited magazine glitch. As you can see, this could present problems for Apex Legends if Respawn doesn’t address it soon enough. While this exploit wasn’t as problematic as the infinite termite charge for Rampage in Season 11, it could still be easy take advantage of.

If this guide really helped you out, we have more Apex Legends content for you.

Check out this Youtube video from Monk3ysnip3r where you can see the L-Star exploit unlimited magazine completely in effect.