Apex Legends Mobile Fade Abilities and How to Unlock

Apex Legends Mobile introduces Fade as its first ever exclusive legend for mobile devices. What can this Phase shifting time traveler do for you? And how do you unlock him? 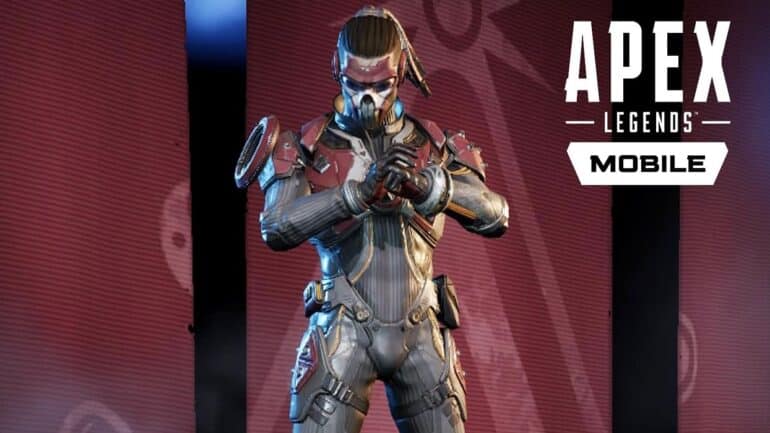 In Apex Legends Mobile Fade is a mysterious legend with the ability to seemingly time travel around the map. But who is he, how does his abilities work, and how do you unlock him?

Who Is Fade From Apex Legends Mobile?

Fade is known as the Punishing Phaser in Apex Legends Mobile. He is a very fast offensive legend with skills that allow him to phase through the Void to maneuver around his enemies in the Apex Games.

Fade’s real name is Ignacio Huamani and he’s 26 years old. He originates from his home world of Solace where the Apex Legends Kings Canyon map takes place. According to his bio, Ignacio is rude and impulsive often letting his temper get the best of him. Much of this anger stems from feeling like a prisoner of the high-tech simulacrum suit that he salvaged. Ignacio hails from a family of tech hunters that makes a living by seeking legacies scattered throughout The Frontier.

Why Did Fade Join Apex Legends?

Fade’s reason for joining Apex Legends is to avenge his family who were killed by mercenaries who robbed them of the high-tech salvage. After Ignacio put the suit on, mercenaries attacked them and robbed them of what they found. Ignacio turned on the simulacrum suit and it teleported him away from the area.

From then on Ignacio Huamani became Fade and joined the Apex Games. Despite his fear and hatred of the Phase tech his suit offers, he learns to use it in order to lure the mercenaries out and get his revenge.

How to Unlock Fade in Apex Legends?

Here are the steps to unlocking Fade in Apex Legends:

This Fade Pieces can be received for free without purchasing the Premium Battle Pass. So you can earn Fade merely by levelling it up and collecting the free Battle Pass rewards. You’ll have to keep playing the game though and complete Challenges in order to level up the Battle Pass.

You can purchase the Premium Pass Plus for 1599 Apex Coins in order to automatically reach 10 Tiers which should help you get Fade faster.

Alternatively, you can unlock Fade by purchasing 700 Apex Coins and then going to the Legends tab and unlocking him via spending them. This is a cheaper and method if you’re specifically aiming to just get Apex Legends Mobile Fade immediately.

Will Fade Come to PC Apex?

It has been confirmed that there are no plans to bring Fade to Apex Legends on PC by Respawn Entertainment. At the moment, Fade is exclusively for mobile devices and aren’t available on consoles either.

Fade’s abilities rely on the moving around and generally being confusing to his enemies. Like Wraith, Fade has access to the Void however his abilities allow him to rewind himself to a prior position using his tactical ability, Flash Back. This ability functions similarly to the Phase Rewind boost in Titanfall 2 and allows him to travel back up to 60 meters. The Flash Back ability doesn’t heal Fade, however it does reload his weapon automatically providing an additional utility.

By using his passive ability, Slipstream, Fade can get around even faster. After sliding, Phase will get a short boost of movement speed allowing him to run faster. He will leave after images as he runs around giving opponents a clue as to where he was. His passive is similar to Octane, although the 20 second cooldown means that he cannot spam this ability.

Phase Chamber, which is Fade’s ultimate ability, can be used as both an offensive or defensive strategy. Fade throws a gadget that sends legends, ally or enemy, into the Void if caught in radius. This prevents legends from giving or receiving any damage.

In terms of Legends, Fade is one of the more flexible and user-friendly options, as he can team up with a majority of the other Legends. Fade is one of the many characters in Apex Legends Mobile that players can try out in order to find the perfect team for grinding.

But because Apex Legends Mobile edition lacks some of the Legends from the entire roster of characters from the PC and console versions, your options for team compositions will be fewer.

Fade’s movement skills only function on him, so you can’t utilize him to get your entire squad into position like you would with Wraith’s portals. Fade should be paired with characters who can move at least as fast as him, or at least have a partner who can transport the group.

The Legends Octane and Bangalore are good choices to pair with Fade if you’re looking to put together a fast team. As a result, a team that prioritizes speed and agility over defense is formed. Octane’s Jump Pad puts you right in the thick of things, while Bangalore activates her Ultimate Ability then Fade activates his Ultimate Ability.

Bloodhound, on the other hand, is a more tactical choice, since its great tracking abilities allow you to discover enemies that Fade can then track down with his incredible mobility. With the addition of traps, Caustic allows for a new tactical style of play. Nox Gas Grenade can be used in conjunction with Phase Chamber to create a devastating combination that can be used to lure opponents into Caustic’s gas traps.

That’s everything you need to know about Apex Legends Mobile Fade. We hope this guide helped you learn more about his backstory, who he really is, and how to use his abilities. If you really liked this article, please consider checking our other Apex Legends content. If you have not yet tried Apex Legend mobile, read our Top Reasons to Play Apex Legends Mobile.

Check out this Youtube video from Dazs showcasing how Fade is played in Apex Legends Mobile.