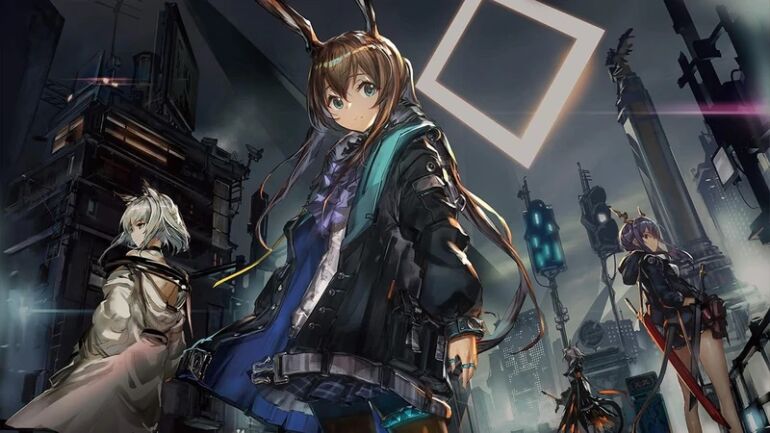 The new episode The Birth of Tragedy is out now on mobile devices. To celebrate the game’s first anniversary, the new update brings highly anticipated operators, new outfits, new in-game rewards, and more stories between Rhodes Island and Reunion.

Introducing: The Birth of Tragedy
New episode 7 is now up and running. At the beginning of the episode, Talulah’s plan has been exposed. There are only 32 hours left before the nomadic city Chernobog hits Lungmen, to save Lungmen and its citizens, players will be facing Patriot and his Shieldguards on the battlefield. It is worth mentioning that a special unit that can strengthen the ability of its allies will appear in the battles, players are suggested to deal with them first to avoid facing stronger enemies. After one week from the beginning of the event, the extreme mode stage of Episode 7 will open for players who love to challenge themselves.

Anniversary Rewards
Arknights kicks off the anniversary in-game rewards with an “Awakening Commemoration Permit” which allows players to have 10 freerolls in the new limited Headhunting. Operator Savage is free to claim as well. From December 30, 2020, 10:00 to January 13, 2021, 03:59 (UTC-7), players can do one freeroll in the limited Headhunting every day.

Furthermore, starting from January 2, 2021, an anniversary sign-in event with daily rewards for 14 days will be live, new operator THRM-EX will be rewarded to players, as well as a free Amiya outfit – Fresh Fastener.

New Operators
Three brand new operators have joined the game to help players in the battles. 6 Star Sniper – W, as a limited operator, is an AoE Sniper. Her first Talent grants her high Physical or Arts Dodge after 10 seconds upon deployment and makes her unlikely to be targeted by enemies. Her second Talent increases the Physical damage taken by enemies that have been stunned within her range.

6 Star Specialist – Weedy, is the other rate-up 6 Star operator in the limited Headhunting pool. Her first skill increases her next attack and pushes enemies away. Her second skill increases attack interval and ATK, while dealing AoE damage. 5 Star Vanguard – Elysium, his Talent reduces the DP cost of Snipers and increases their attack speed after any of his skills is activated.

New Arrivals at the Store
As for the Store, two limited-time packs, outfits, and furniture are available. Players can get a 10-roll Headhunting Permit and a “Top Operator Transfer Permit” from the Doctor’s Choice Pack that allows them to get one 6 Star operator from a selected pool.

6 different outfits are also on sale, including Distinguished Visitor for Angelina, Stronghold for Saria, Titleless Code for Executor, Refined Horrormare for Lappland, Homecoming for GreyThroat and Seventh Night’s Awakened for Midnight. A new set of Sarkaz furniture is in place as well.