In the first place, they do not have a studio in Poland, Mundfish claims. 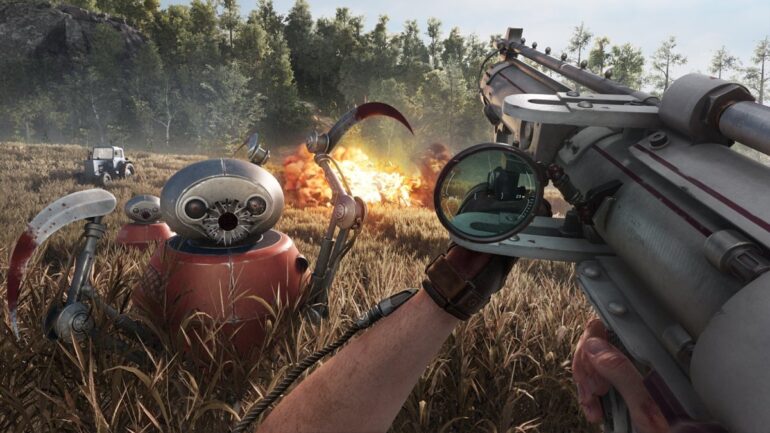 Developer Mundfish has recently commented on rumors about Atomic Heart getting delayed.

The upcoming “Soviet Bioshock” has been rumored to be delayed according to an Xbox Game Pass Poland site. They claimed they h ad a source within Mundfish games. It was true that the studio was aiming for a 2022 release, but due to a work stoppage, it seems the release will be moved. Instead of releasing between October to December 2022, it would now release in between January to March 2023. There was even evidence in a form of a screenshot of the conversation with their source.

Mundfish Studios quickly refuted this claim with their own reasoning.

The conversation with the Polish site’s source’s validity is now being questioned since it is based on a screenshot of a WhatsApp conversation with someone claiming to be in the know at Mundfish. The screenshot has no identifying information that would serve to protect the source, but this in turn also does not verify their source is who they say they are, or their “connection” to Mundfish and Atomic Heart. The information that this individual has given is even in question as they are now doubting if it is accurate at all. The Poland site did mention that after they interviewed their source again with heavier questions, the individual has now stopped replying. Suspicious.

With Russia now being sanctioned due to their invasion with Ukraine, it might have affected development in Mundfish. It could be true that development of Atomic Heart might have been slowed down and it could be delayed even further, but as long as the studio officially states that the release is still within this year, the rumors that the source from the Polish website claims will remain as rumors. We will have to wait next week to know more if Atomic Heart will be featured during the Xbox and Bethesda Games Showcase.

Atomic Heart is still in development for PC, PS4, PS5, Xbox One, and Xbox Series X/S.