Introducing the Spectral Weapons and how Gideon Coffin works. 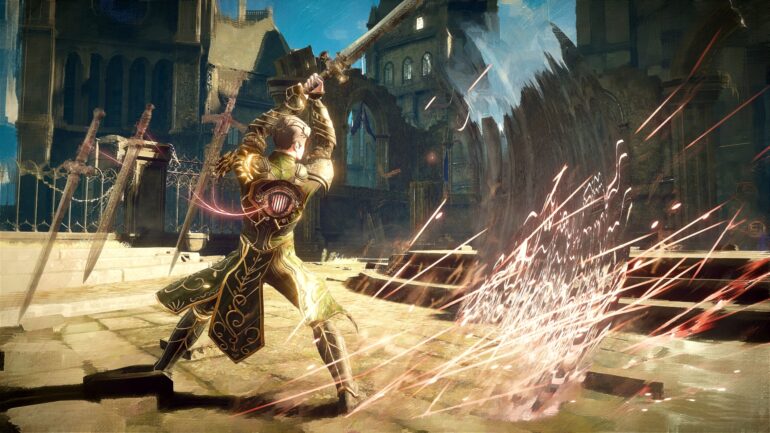 The new Combat 101 trailer was recently released following the reveal of the Season 1 details and Nier Automata collaboration last time. In this new video, it highlights the game’s unique gameplay mechanics, which centers around the character’s ability to wield weapons on both hands while utilizing the powerful tool Gideon Coffin.

In the game, players are able to equip weapons in both hands. They can have bows, swords, spears, and many others. You might be thinking if you are equipping two-handed weapons, you can only have one weapon equipped. This is where the Gideon Coffin helps as it gives players the ability to equip three more weapons to bring in combat. In total, players are able to bring four weapons in combat with smooth combinations with them.

The Gideon Coffin also gives players Dynamis abilities, which are helpful in traversing the world of Babylon’s Fall, offer buffs before combat, and also making your character mobile while in battle.