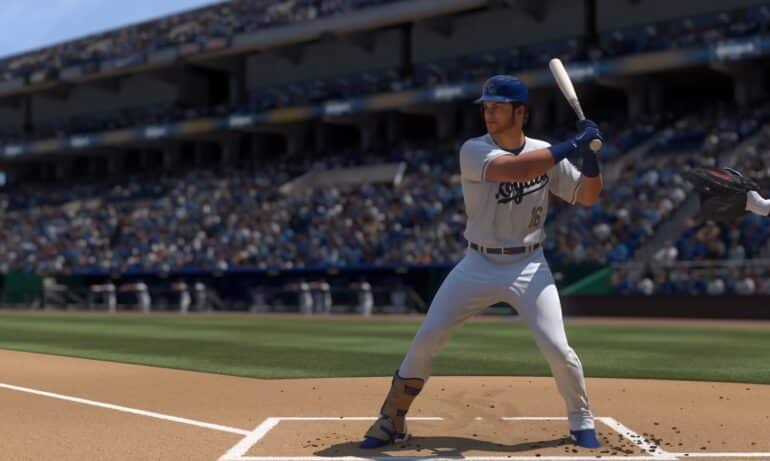 MLB The Show 22 is the latest entry in the long-running baseball video game franchise. If you ask any fan of baseball, about their favorite player’s performance, they’ll tell you that having the best batting stances in MLB The Show 22 is essential.

To some extent, the size of the zone, the ability to square up and barrel a pitch, and where hitters may be both successful and vulnerable are all influenced by their stances. MLB The Show 22 adds a layer of complexity by requiring players to adopt static postures while on the field.

You can tweak a user’s hand or foot posture, but you can’t do so while they’re really playing a game with the Batting Stance Creator. It’s also worth noting that certain MLB players’ stances aren’t ideal in terms of strike zone size or blind spots that might be exploited by a pitcher.

In this guide, we’ve compiled a list of some of the best batting stances in MLB The Show 22 to help you get started on your Road to The Show journey.

What are the Best Batting Stances in MLB The Show 22?

The best Batting Stances in MLB The Show 22 are as follows:

Brandon Nimmo, a New York Mets outfielder, may be one of the most overlooked hitters in MLB The Show 22. Nimmo’s bat posture and technique allows him to see the mound clearly, which shouldn’t come as a surprise to anybody considering his on-base % in the real world. Even better, Nimmo’s swing has a remarkable capacity to send the ball flying in the other direction. Nimmo’s swing isn’t the finest, but he’s not the worst either. However, Nimmo’s posture provides a good option for driving the ball to any part of the field.

Byron Buxton is one of the greatest center fielders in the league, according to Baseball Prospectus. Buxton has it all: speed, fielding prowess, and a sweet swing that allows him to make both hard contact and soft contact at the plate. Buxton has a solid striking zone thanks to his square stance. For one thing, the Twins outfielder’s position makes it possible for hitters to swing and miss from both sides of the plate with good timing.

Chipper Jones has a similar batting posture to Ken Griffey Jr., which entails a lot of swinging the bat. You may want to avoid this posture if you’re not a fan of pre-swing movement, but if you’re a power hitter or a contact batter, it’s a good option.

At the top level of baseball, the main drawback of Jones’ distinctive swing is that it appears to falter more frequently on inside pitches than some of its rivals. A straight-legged 2008 variation is preferred over his initial, backward-leaning position. It’s well worth noticing this.

Christian Yelich’s first two seasons with the Milwaukee Brewers were nothing short of spectacular. His success was largely due to his mastery of swing mechanics. If you want a left-handed hitter with a decent bat placement, good bat speed, and few openings for an opposition pitcher to exploit, go no farther than Yelich’s swing.

There’s a good reason why Ken Griffey Jr. (KGJ) has become a major star in MLB history. After all, with 2781 hits and 630 home runs under his belt, it’s no wonder that Jr.’s stance is the best in the game.

Only the top Road to the Show players use this swing, but the legend is also accessible in Diamond Dynasty for those who want an opportunity to test out the swing before making a permanent transition.

A discussion about batting is incomplete without including Mike Trout. Similar to other players on this list, Trout possesses a solid position that allows him to get at the ball from any position at the plate and with minimal gaps. That Mike Trout, one of the finest players in the Major Leagues, does have a desirable stance which is quite appropriate.

You would think the posture of Red Sox third baseman Rafael Devers is an odd choice at first look, but you’d be wrong. With the Red Sox’s infielder’s stance, users can become machines when it comes to crushing balls down and within. Choosing Devers’ position will show you why he’s a favorite of ours here at the site. Despite Devers’ wide stance, he should be able to pound the ball in long distances.

Shohei Ohtani is the main attraction, and with good reason, too. In a game with his face on the front, you’d anticipate Ohtani-san’s high and solid stance to yield the expected results.

We’d suggest this stance to anyone who wants their bat to be as unobtrusive as possible when batting. This is the stance to use if you’re having problems hitting against Jones-style hitters or guys that take significant windup steps like Ozzie Albies.

As long as you’re getting solid contact, this no-frills approach can be deadly against pitches both inside and beyond the strikezone.

Baseball’s best hitter in 2022 is Vladimir Guerrero Jr., without a doubt. In 2021, Vlad Guerrero led the major leagues in home runs, and he’s back to hitting like a champ already in 2022, and it’s not hard to understand why.

Both in reality and in video games, his posture is somewhere between tight and flowing, making it easy to adjust to.

You, too, can crush pitches like Blue Jays outfielder Vladdy does with just a little work.

Yordan Alvarez has been a long-time fan favorite in MLB The Show because of his strong swing. With his swing, Alvarez is capable of hitting pitches both up and down the middle. As a result, his swing is one of the most difficult ones to overcome in MLB The Show 22.

To make your own batting positions, you may go to “Appearance” and then to Motion & Sounds, and then to “Batting Stance Creator.” However, this is not something that we recommend. You’ll be far better off sticking to any of the batting stances we’ve discussed here.

If you like this Guide, check out our other MLB The Show 22 articles here.

Here’s an awesome video by Real_YeYo showing the changes to Batting Stances in MLB The Show 22: