How to Get Stubs Fast in MLB The Show 22 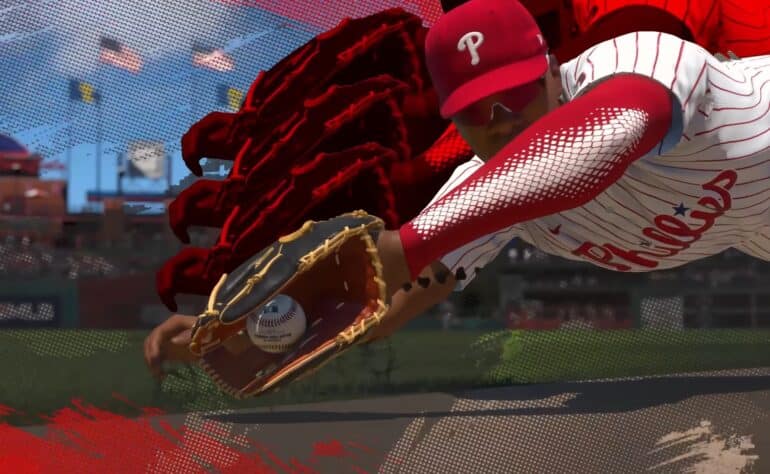 MLB: The Show 22 is the most recent installment of the long-running series, and learning how to earn stubs as quickly as possible will be critical as always in order to advance.

A new season of Diamond Dynasty, an online mode in which you may put together a team of your favorite players from the past and present, has begun, as it does every year. Your best bet is to stock up on the in-game currency Stubs in order to build a formidable team.

What Are Stubs in MLB The Show 22?

This time around, MLB The Show 22 uses Stubs as its primary currency. Stubs can be acquired through play or purchased for real money.

Card packs known as “The Show Packs” can be purchased from the The Show Shop using Stubs you’ve earned. There is a Community Market where you may purchase and sell cards with other players as well. Diamond Dynasty cards are generally based on real-life MLB players from both the past and the present, but there are also cards relating to Equipment, Perks, Sponsorships, Stadiums and Unlockables like soundbites and celebrations.

In this guide, we’ll show you how to get Stubs without paying actual cash, but if you need them right away to grab that hot card that just released, you’re more than welcome to pay real money for them.

The Show Shop has them in the following price ranges:

Stubs can be earned in several ways as well, some of which are as simple as playing the game in a particular style and having fun while doing so.

Buying Stubs in MLB The Show 22 is the fastest and easiest way to get Stubs, but there are many other ways to get the currency through playing the game.

Here’s some methods on how to get Stubs fast in MLB The Show 22.

Find the Best Deals on the Marketplace

Flipping cards on the Community Market is a simple method to make Stubs, and you have complete control over the Marketplace. Consider the value of MLB Player cards, and use your Stubs to buy cards that are dropping in value.

It’s possible to make money if you buy the ideal card at the right time and then sell it later on. Using the Triangle button and the Marketplace tab, you may see the cumulative average value of a card over a given period of time. The overall worth of a card can be influenced by promotional activities as well as actual performance in real life.

Mini Seasons, a new single-player mode in Diamond Dynasty, pits you against CPU-controlled copies of other players’ teams in quick matches as you work your way toward the championship.

Even though you’ll need to play a lot of games, you can earn up to 10,000 Stubs for winning the Mini Season Championship, and the entire process can be repeated. Your team’s performance and Stub earnings will both improve as a result of the additional Program advancement you’ll receive, as well as opportunities to work on Missions and raise the concurrent rating for each of your players. Avoid wasting time if you are having trouble winning, but if you can pull it off, winning everything is worth it.

When starting Diamond Dynasty, what is the best way to dispose of any unused cards that you may have? There are a variety of options. You may sell or feed them to your created player or keep them to complete your collections.

To win in Diamond Dynasty, you need to open packs of cards and acquire the greatest players you can afford. In addition, this implies that you’ll end up with a lot of cards for people who you either don’t need or have stronger players in that role. Sell Now and Quick Sell will be available for numerous cards in MLB The Show 22. It’s a good idea to select the Sell Now option if you have a buyer in mind and want to get the most Stubs for your card. Having the option to “Quick Sell” has certain benefits, but you should always choose for getting the best price.

Possibly the greatest way to earn Stubs without paying money is to finish Collections. Your Diamond Dynasty item binder will fill up as you open Show Packs from The Show. As a result of this, you will be able to earn Stubs and bonuses.

You’ll get a huge amount of Stubs if you complete all of the tasks in a single collection set, which usually has tiers of difficulty. To be on the safe side, keep in mind that any cards you buy now will be unable to be sold at a later time on the Community Market.

Playing Showdown mode is an excellent way to quickly acquire tiny amounts of Stubs. You’ll pick a starting roster, then accomplish Moments to strengthen your team and gain bonuses as you progress through Showdowns. For every Stub you pay to enter a Showdown, you’ll get back at least a portion of it if you’re victorious.

Diamond Dynasty Conquest mode is another wonderful method to maximize your Stubs in MLB The Show 22. This is a strategy-like mode in which you take over other teams’ territory in order to conquer different Maps. XP and Stubs can be earned by completing the various Goals on each map. The Show Packs and Stubs can also be found when you acquire more areas on the map. Not as effective as other methods, but it’s a great perk to keep getting Stubs every now and then.

Here’s an awesome video by GomesDaLegend on How To Make TONS Of Stubs In MLB The Show 22!