Another home run game for MLB The Show but it might be time to think of some new plays. 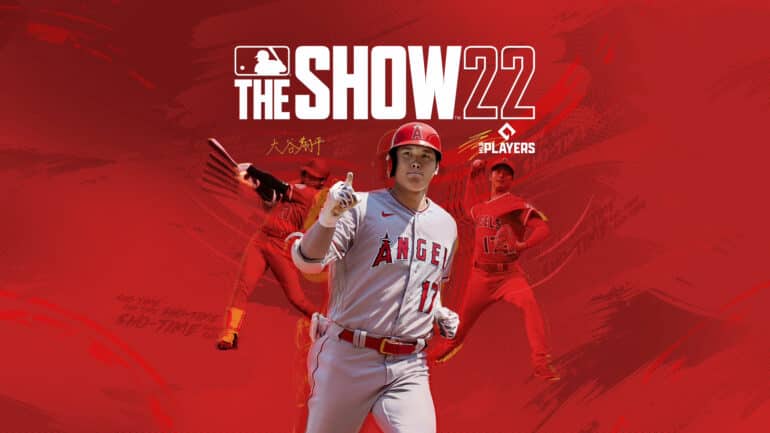 It’s tough to beat MLB The Show 22 as it is hands down the best baseball game that players could wish for. Developed by Sony San Diego, MLB The Show has been such a home run that the former PlayStation exclusive found its way to Xbox consoles last year and is even on the Nintendo Switch with this year’s entry. It’s all for a good reason, as there simply isn’t any other game out there that can capture the authenticity that MLB The Show 22 brings to baseball sports games and the wide range of gameplay options it has compared to other sports games in general. Although there are a few considerations about how much this year’s entry brings to the table and if it’s really worth it to upgrade.

Gameplay-wise, MLB The Show’s greatest strength is how many options it presents to the player and how the game can tailor its systems to suit the player’s experience. The Show is one of the most versatile sports series I have ever played. The game’s two primary mechanics, pitching and batting, have a handful of options in how the player can choose to succeed in either role. Both roles can have options as simple as timed button pressing for pitching and batting or more involved mechanics like the Pinpoint Pitching system, which relies on mastery over right analog stick movement. The game is about as challenging as you make it, and it feels very welcoming to new players as a result.

There’s also plenty to do throughout MLB The Show, as the game features four diverse modes that will take you through various facets of the baseball world. Players can experience firsthand what it’s like to be a player in the ball pen with Road to Show or get a top-down view of the baseball world with the general manager mode.

The Road to the Show mode, in particular, is a wonderfully crafted game type where players can create a character and take them from the minor leagues to the world series. There are a lot of small details independent from your actual time on the field, such as budgeting, drafting, and scouting, that all will tell the player’s story from the bottom to the top. Additionally, your main character will level up with some RPG-style mechanics as they partake in games and can even start rivalries with players on other teams if it looks like you have it out for them. The whole mode is amazing at having the player fill the shoes of a baseball player.

There is also the general manager mode, titled Franchise Mode, for fans who love micromanaging their favorite teams. This mode is as robust as always, with multiple points of consideration from player metrics, to trade metrics and the all-important budgeting but is identical to last year’s game.

Overall, my favorite mode is the Road to October mode, which takes players on an almost story-like journey with their chosen team. The mode spans a timeline from opening day in March to the World Series in October and plays out in vignette-style gameplay snippets. Road to October will present unique scenarios with objectives for the player to accomplish, from having the turnaround game of the century to having their rookie player be the MVP of the match. There is a lot to like about Road to October as it is dynamic and creates compelling scenarios for players to accomplish.

Since this is a sports game, it has to have a monetization scheme. Sports games have a habit of monetizing their games following FIFA’s Ultimate Team model; MLB The Show 22 is no exception. Players can buy or earn packs as they play, and the packs are neatly presently like real baseball cards packages, all of which can contain goodies such as players or assortments of gear to outfit custom characters. In stark contrast to its peers, MLB The Show delivers in-game currency to players at a reasonable rate, allowing a player to amass a decent team at an average pace of play. I never felt like spending money was a compelling way to make my ultimate team. It’s refreshing to see an Ultimate Team system that isn’t so aggressively monetized and is consistently rewarding.

Also, returning from last year’s MLB The Show is the Stadium Creator, this time with even more goodies. As someone who loves park creator modes like the ones in older Tony Hawk games or the Forge mode in Halo, seeing an MLB game give players tools to run wild with their imaginations is wonderful. The Stadium Creator features some neat and wacky stuff this year, such as the inclusion of live dinosaurs and a better user interface. Who doesn’t want to play a game of baseball for a crowd of dinosaurs in the Tithonian era? I know I do.

MLB The Show 22 is quite a pretty looking game with great attention to detail. This game is all about authenticity, and the high-quality assets sell the whole experience. On PS5, the game runs at a dynamic 4K 60 frames-per-second, and it always looks great. Additionally, some neat camera work frequently makes The Show look just like a real baseball game on live television. The only sticking point graphically is that the world appears very static all of the time. Players pick one weather mode, and it will look like that forever. It is a sports game that requires more function over aesthetics, but a more reactive weather system would have been nice.

As much praise as MLB The Show 22 is worthy of, these are all things that I can say about 2021’s entry in the series. This year’s game is less revolutionary and more of a simple refinement of already existing game systems that Sony San Diego delivered last year. MLB The Show 22 is virtually identical to the 2021 game, with the only real difference in presentation being the new broadcast team consisting of Jon Sciambi and Chris Singleton. A newer and better commentary team, along with a few tweaks in the overall gameplay, hardly feels like it warrants much praise even if the game is good overall.

While the Xbox Series X is technically on par with the PS5 version, the Nintendo Switch version runs so well despite running on inferior hardware compared to the other platforms. The gameplay does play the same for both versions, what makes it better on Xbox Series X is that it’s on Xbox Game Pass on day one, and I can play the game when I’m outside doing errands with the Nintendo Switch. Cross-play works wonderfully as I’m able to play the game with my friends on other platforms, there weren’t technically connectivity hiccups.

MLB The Show 22 is one of the best baseball games on the market, if not the only one players should consider. However, as the MLB The Show series has cracked the code for crafting a baseball game that looks authentic and plays fantastically, development studio Sony San Diego may have painted themselves into a corner. Progress made since MLB The Show 21 is minuscule, and this year’s entry is mostly a rehash of the previous game, begging players to ask if this year’s entry is worth full price. That isn’t to say that MLB The Show 22 isn’t worth the time investment from its fans, because it is quite an excellent sports game, but it might be time to start thinking outside of the box about how the franchise can begin to iterate.

MLB The Show 22 – Review
Score Definition
We tell you, it’s a good game! It’s not average! It might have some problems here and there, but you have to admit it is a “Good” game.
Pros
Crisp gameplay
Authentic MLB feel
Wide range of options for playability
Fun Stadium Creator mode
Cons
Reused game modes
Mostly a rehash of MLB The Show 21
7.5
Good