The Best Games Releasing in November 2021 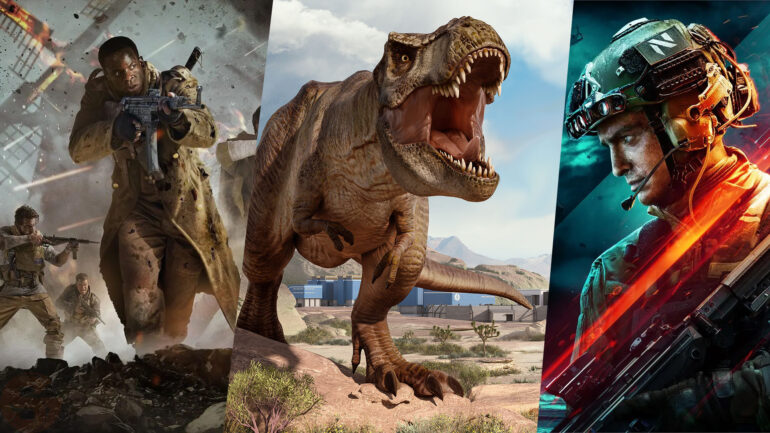 As we are leaving October 2021 with a few laughs and memorable stories all thanks to Eidos Montreal’s Marvel’s Guardians of the Galaxy, the highly anticipated Alan Wake Remastered and Metroid Dread‘s release, Back 4 Blood’s success, and Far Cry 6‘s adorable Chorizo, the month of November will also be full of exciting games.

With Call of Duty and Battlefield franchises set to release their yearly games in November, games such as the recently announced Grand Theft Auto: The Trilogy – The Definitive Edition, Forza Horizon 5, and a few more will add some variety for all types of gamers.

However, there are only a few games that we consider as the most highly-anticipated games. Without further ado, here are the best games releasing in November 2021.

Frogwares newest Sherlock Holmes game will definitely heighten the ceiling of investigation and puzzle-based games. Set to be an origin story, players will follow a younger Sherlock Holmes during his early days as a detective. You’ll spend more time speaking with non-playable characters (NPC), connecting all the clues you’ve gathered to solve the mystery surrounding the case you’re tackling.

As stated in our hands-on impressions, “Sherlock Holmes: Chapter One is certainly a game that needs much refinement,” Jarren Navarrete, one of Sirus Gaming’s managing editors, wrote. “However it’s a gem in waiting should Frogware properly pull over all the right stops.”

The biggest and the best Star Wars role-playing game of all time is finally going to be released on Nintendo Switch. Considered to be an original Xbox and PC exclusive in 2003 from BioWare, Aspyr took the helm of porting the best Star Wars game of all time, as well as other classic Star Wars games, to Nintendo’s platform immediately after revealing they’re doing a remake of the same game for the PS5 and PC during the PlayStation Showcase 2021.

Frontier Developments’ upcoming sequel to Jurassic World Evolution (review) will feature deeper management gameplay and customization that will give players the ability to build their unique dinosaur theme park. While the 2018 release brought us the dream of a visually striking Jurassic Park park simulator with engaging mechanics, Jurassic World Evolution 2 will surely bring us to a new level of managing a park filled with Tyrannosaurus Rex and Velociraptors.

Considered to be the remakes of 2006’s Diamond and Pearl, ILCA is bringing Brilliant Diamond and Shining Pearl to Nintendo Switch in November. The gameplay is expected to be similar to the original games, which means it’s going to get a visual overhaul.

Do I need to say more about The Elder Scrolls V: Skyrim? This is probably the most ported game since the seventh generation of consoles (PS3, Xbox 360). Skyrim has undoubtedly one of the most engrossing worlds yet, and Bethesda isn’t stopping anytime soon and we’ll probably even see Skyrim release again on next-generation (PS6, Xbox-something-ish) before we get our hands on The Elder Scrolls VI.

The initial leaks were true, and we’re getting a fresher look at the classics with revamped and polished controls. We’re finally going back to Liberty City, Vice City, and the entire San Andreas. But when are we going to get Grand Theft Auto VI? Come on Rockstar!

The Shin Megami Tensei franchise is finally getting its fifth installment when it was teased 4 years ago during Nintendo’s unveiling of the Nintendo Switch. Set in modern-day Tokyo, Shin Megami Tensei V will still retain some of the gameplay mechanics of its predecessors such as fusing demons along with a few added mechanics.

Scheduled to launch in the last week of November, Endwalker is finally going to launch after it was hit with a massive delay due to the pandemic. Endwalker will also be released as a standalone expansion pack for those who already own Final Fantasy XIV. For those who are just stepping in the world FFXXIV, the Complete Edition that initially launched with the Heavensward expansion will already include Endwalker.

Endwalker will also feature a new system that allows players to tend a garden on deserted islands and to also interact with their pets. The expansion will also expand its World Visit feature to give players the chance to travel to other data centers which will increase the number of players they can connect with.

Get ready to buckle up as you’re going to explore Mexico in the latest Forza Horizon entry. Forza Horizon 5, developed by Playground Games, will have the biggest sandbox in the entire franchise. The studio also added a new weather system where players can experience dust storms and tropical storms. What makes Forza Horizon 5 exciting is the newest game mode that will feature fun and engaging mini-games called Horizon Arcade.

DICE’s Battlefield 2042 is going to be the biggest, semi-futuristic first-person shooter multiplayer ever made. With 128-players in a Conquest match with tropical calamities such as a dangerous tornado and random terrifying weather, the battlefield will be more chaotic than ever.

The newly added Plus System makes swapping attachments easier during combat, giving the players the ability to change their weapon kits on the go for various scenarios. If you’re also wondering what we think of the beta, we got you covered, just simply click here.

The return to World War II was expected as Sledgehammer Games’ Call of Duty: WWII was a success when it launched. Now featuring an all-new mode called Champion Hill, a glorified round-robin King of the Hill mode, surely spices up the competitive scene in Call of Duty.

Unlike Battlefield 2042, Call of Duty: Vanguard will feature an original story set in the events of World War II.