The most complete and in-depth Jurassic Park theme park simulator to date. 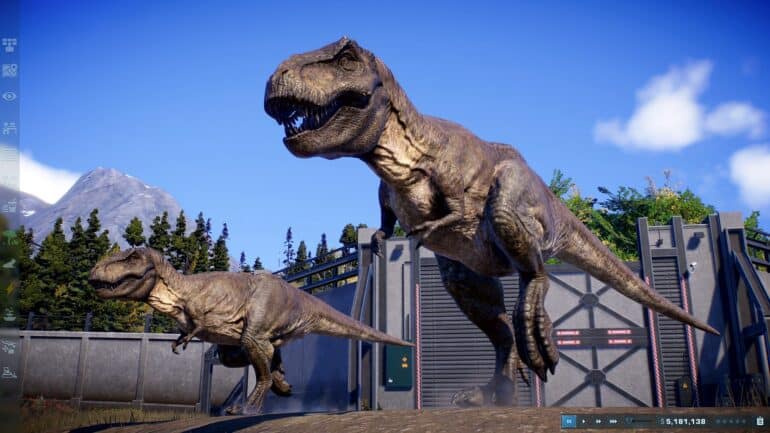 It’s cringey, I know, but that’s what Jurassic World Evolution 2 kind of feels like. It’s what I call a glorified massive expansion pack with all the new added dino species, improved and additional gameplay elements, and the mix of both Jurassic Park and Jurassic World makes the first entry just a piece of the pre-historic Cretaceous era.

But that’s not to say Jurassic World Evolution 2 is a bad game because it isn’t. The team over at Frontier put in a lot of hard work and it does show the love and care they have for the franchise.

In the first game, you didn’t have to recruit scientists and manage them to keep them from getting unhappy. There weren’t medical bays for dinosaurs, you only needed to research cures for ailments and have your response team do all the work.

You didn’t even have backup generators where you need to refill them which costs almost half a million dollars. Heck, you didn’t even need to provide food and fuel to specific operations buildings.

But these new elements are now in Jurassic World Evolution 2, and they’re a welcomed addition. I love them, period.

These elements make the game a lot more challenging and engaging than to simply please guests, and adding more dinos to the park just to increase your park’s rating.

One of the most notable addition is the inclusion of hiring scientists. And each of them is an added cost to your park’s expense. However, they do offer perks that can prove to be beneficial in the long run.

One of those scientists’ traits can let you research upgrades quicker, another gives you massive discounts on specific costly tasks like expeditions and extracting fossils and ambers.

However, if you overwork them they begin to be disgruntled, causing them to work inefficiently and their effectiveness especially when incubating dinosaurs.

Letting them rest from time to time mitigates that problem but if you have a limited workforce that may lack the necessary ability points — Logistics, Genetics, and Welfare — to do other tasks; then having the most important scientist take a time off will hurt you the most.

So if you’re planning to incubate and release a ton of new dinosaurs into your park, and the only scientist that can do the task is resting then you won’t be able to start incubating dinos.

What’s also great is you can level them up as they gain experience when they finish their assigned tasks.

It’s crucial in Jurassic World Evolution 2 to be prepared and to know what you have in your sleeves as it can be punishing when you overlook even the tiniest thing when managing a park full of pre-historic animals.

This newly added feature may prove to be daunting for some but it’s part of the experience, and it’s pretty cool and gratifying to see when your staff are happy and work efficiently as they go about their day.

The addition of medical bays called Paleo-Medical Facilities gives operations structures purpose than just making them a jack-of-all-trades like the Ranger Station in the first game.

I love how we have Mobile Vet Units (MVU) in the game now to scan hidden diseases than spoonfeeding us what they are like in the last game.

You select an MVU, add a task of scanning dinos that are marked to have a possible disease, then you act on the problem presented to you. Plus, you need to tranquilize the injured or fractured dinos and airlift them to the Paleo-Medical facility to get a scientist to work on the dino’s medical conditions.

That may seem like they’re added tasks that prolong a certain step, but this makes Jurassic World Evolution 2 a bit more engaging and in-depth compared to the previous game.

The Response Facility is basically a replacement of the ACU Facility of the first game. They are not just tasked to put dinos to sleep and capture them, one of their main feats in Jurassic World Evolution 2 is the ability to monitor a dinosaur’s welfare. Unlike the first game, the comfort data is hidden until a Response Team unit gets to scan the dino upfront.

You can’t simply breed a new dinosaur, let them loose into the wild, and call it a day. No. You have to build a Ranger Post, assign a Ranger Team a task to check on the dino’s welfare automatically from time to time. You won’t be able to know what they need until a Ranger Team gets to scan them.

I enjoyed every waking moment of my day-to-day task in Jurassic World Evolution 2 as it keeps me overtly engaged than just sitting idly waiting for my park to ‘saur’.

I also appreciated that Frontier improved incubating dinos in the Hatchery facilities.

Instead of simply adding additional dino features, giving their genome a twist to improve their aggression and other feats, and then releasing them outright, you’re now given two tasks to breed a dino.

The first step is synthesizing a dinosaur. You’re still given the freedom to add genomes to improve a dino’s feats and their color. The second step is incubation. Just before incubating the eggs, you can review them to see if there are ‘bad eggs’ you need to discard due to unwanted traits that pose a potential threat to your park and its pack. Or you can simply just breed one and discard the others, it’s really up to you.

It’s a pretty neat addition that gives you more control of how many dinosaurs you want to breed in one single batch. At least you won’t have to worry about incubating dinos one by one this time.

Talking about changing dino colors and feats, you can now change your amenity buildings’ looks! I love how you can swap building styles between the classic Jurassic Park wooden-built structures to Jurassic World’s modern-style houses, and vice-versa.

You can even change where the entrance door is placed and add roof and ground decorations too. Plus, you can change the building’s signage to accurately display what the shop is selling, and swap the light colors to give it that personal touch.

The addition of customizing the buildings is simply astonishing, and I’m glad Frontier added this highly-requested feature!

Jurassic World Evolution 2’s main campaign is disappointingly forgettable, it’s negligible, really. While the plot is set after the events of the fifth film, Fallen Kingdom, the game has a star-studded cast that’s, unfortunately, undermined.

You’re simply tasked to build enclosures to place captured dinos roaming around in the different states of North America. Basically, it’s a place where you can learn the basics of Jurassic World Evolution 2.

In short, as it’s always been, the campaign merely acts as a massive tutorial mode for simulator games like this, so I don’t really mind if they would remove this in the future or if it adds some value to the upcoming film.

Chaos Theory is the other story mode that proves to be even better than the game’s actual campaign.

You’ll be playing in iconic places of the Jurassic Park and Jurassic World universe with “what if” scenarios.

There are currently 5 missions in Chaos Theory, with each one of them tied to each film with some cool endings depending on your park’s outcome: Jurassic Park, Jurassic Park: San Diego (The Lost World), Isla Sorna: Site B (Jurassic Park III), Jurassic World, and Return To Isla Nublar (Fallen Kingdom).

Each mission feels unique, and closely tells a short narrative backed with superb voice-acting from Mackenzie Gray as the man behind John Hammond and Jeff Goldblum as his titular character Dr. Ian Malcolm.

Chaos Theory is one of the game’s biggest highlights and it’s a mode I highly recommend you spend your time in if you want to learn Jurassic World Evolution 2 than go through its lackluster, forgettable, and disappointing main campaign.

While that’s a lot of dinos to breed, with most of them to be unlocked by playing through the main campaign or Chaos Theory. Yes, you will still have to complete a set of objectives in any of the campaign modes and even finish a few challenges to unlock them for sandbox play.

If you’re worried about investing tons of hours of gameplay to unlock your favorite dinosaur breeds, it’s quite easy and fast when you play Chaos Theory. If you finish all 5 missions, you should be able to unlock all of them.

You’re also able to breed pterosaurs such as the Pteranodon and Dimorphodon. But the biggest highlight of them all aside from the pterosaurs is the inclusion of breeding marine reptiles. Yes, you read it right, you can now release the massive Mosasaurus into the wild in Jurassic World Evolution 2, and it’s the coolest thing I’ve ever accomplished in the game.

There’s a lot of species for you to pick and breed, and it already feels endless. How much more when Frontier expands the list of breeds by releasing a few more dino packs in the upcoming months leading to Jurassic World: Dominion’s premiere next year. I’m definitely excited.

I’ve played Jurassic World Evolution 2 on the PS5, and it’s always been my preferred platform to play. I haven’t had any issues with the controls, and it might be limited compared to playing the game on PC, but if you’re worried about camera control, button mappings, and all of that stuff, I can assure you you’ll get a hang of it because I did.

I may have called Jurassic World Evolution 2 a ‘glorified expansion pack’ initially, but after spending more than 20 hours in the game, it’s definitely more than that. Frontier took what they’ve learned from the first game, considered the community’s biggest requests, and added them.

Jurassic World Evolution 2 is, by far, the most complete dino theme park simulator package today. I love it, it’s worth it, you need to get out there and buy it so life can find its way. 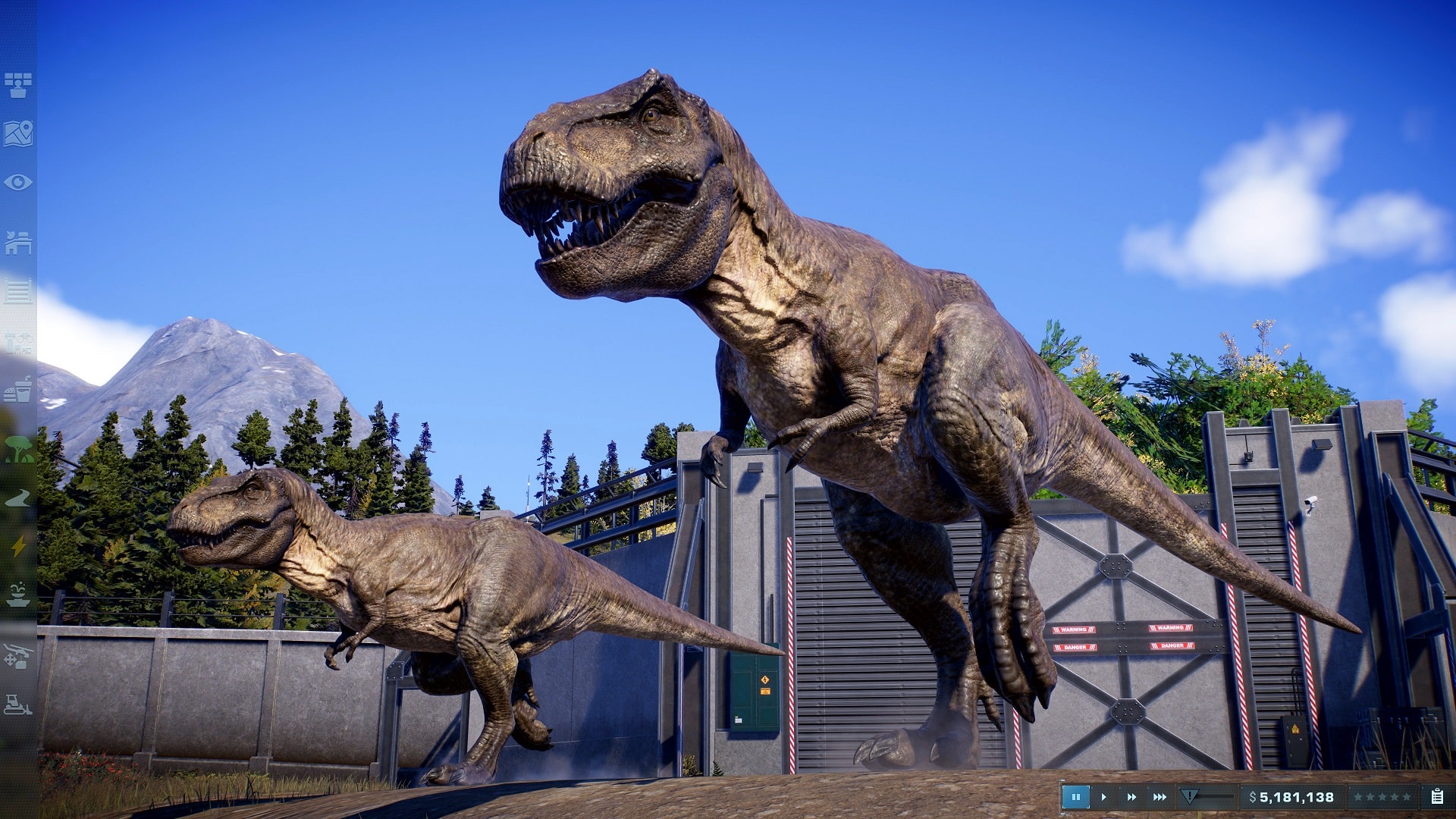