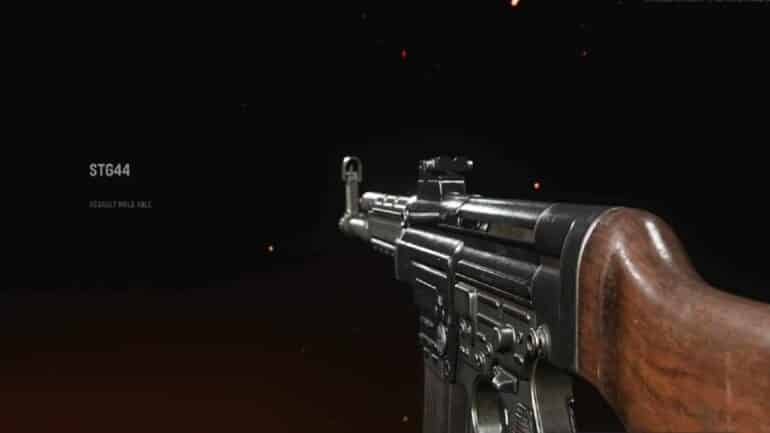 Vanguard’s STG44 is the best assault rifle. Unfortunately, its Warzone performance has suffered, but it’s still tremendously strong, so players should have it in their arsenals before even stepping foot in Caldera.

The STG44 is a great choice for your Warzone loadout, whether you’re using it as your primary assault rifle or as a sniper support weapon. The Warzone best STG44 loadout when you have different attachments at your disposal, can be built for long-range combat or something more maneuverable, such as a close-to-mid-range combat build.

The best STG 44 loadout in Warzone is right here, with everything you need to get started.

MX Silencer with VDD 760mm 05B barrel will greatly enhance the weapon’s accuracy and damage range. In addition, the silencer hides the STG’s gunfire from view on the minimap, which is critical in Warzone for avoiding detection.

With the VDD 34S Weighted, M1941 Hand Stop and Polymer Grip in place after that, you’ll be able to always get the first shot off on your opponent. The G16 2.5x scope plus these attachments will help you to lock on and track your targets consistently.

The Lengthened Ammunition improves the STG 44’s bullet velocity stats without introducing any harmful impacts. so you don’t have to reload after taking out many opponents with the 7.62 Gorenko 60-Round Mags.

Last but definitely not least, choose Vital, as it appears to be broken at this time. When this perk is activated, the STG 44 has a substantially lower time to kill speed due to a much larger damage multiplier than it should. To ensure that you don’t have to switch weapons throughout a match, we’ve included the Fully Loaded perk.

If you like this guide, check out our other Call of Duty articles here.