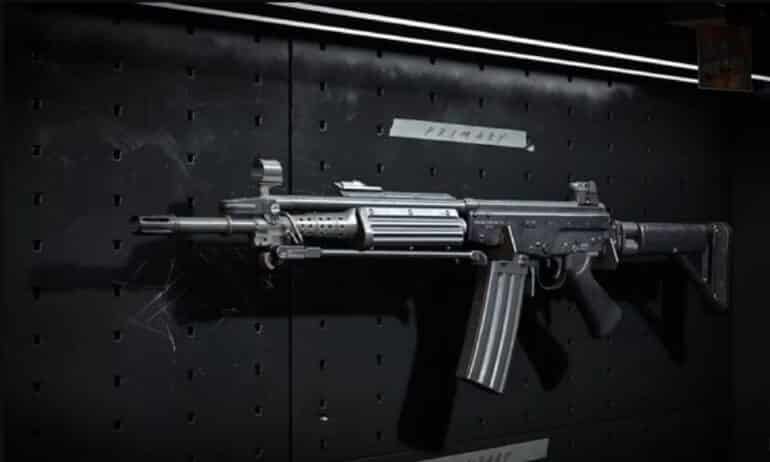 In Call of Duty: Warzone, the FARA 83 Assault Rifle reemerges as one of the best weapons, and you may further enhance it with the correct attachments and perks.

The Warzone community is anticipating the arrival of Season 3 with bated breath. Season 2 brought the FARA 83 assault rifle to Black Ops Cold War, but players are still flocking to Caldera because the AR excels in the important mid-range confrontations that frequently occur throughout a match.

As soon as you get your hands on this gun, we’ve put together a list of attachments that will help you dominate your next battle royale match!

With its sound suppression feature, the GRU Suppressor is an excellent choice for muffling your shots’ sound while also increasing damage, bullet velocity, and recoil control. Stability is sacrificed in order to achieve this.

Next, We’ve chosen the 19.5″ Liberator to boost the FARA’s bullet velocity, albeit at the expense of maneuverability. Aside from the FARA, not many other assault rifles in Warzone require larger magazines. The Spetsnaz 60 Rnd attachment adds more ammunition to the assault rifle, making it more effective in battles.

Also, f you want to improve your accuracy and hit more shots, you should use the Spetsnaz Grip. For vertical and horizontal recoil control, this is the greatest Warzone FARA 83 loadout. Combined with the Axial Arms 3x, you’ll have a crystal-clear vision of the field of combat.

This FARA 83 loadout offers the right balance, and so is typical of most ARs in Warzone. Even though it’s deadly at a distance, the rapidity with which it fires makes it an asset when you’re engaged in close combat.

In close combat, grenade explosions are a concern, thus it’s a good idea to wear the E.O.D for added protection. You can use Overkill to switch between the MP40 and a long-range weapon depending on the situation. The speed at which you can change to another fully-loaded weapon or replenish your primary weapon is accelerated when you’re Amped.

Semtex and Heartbeat Sensors may be used to track down and eliminate campers. Simply pinpoint your target, throw a Semtex, and rush in with your PPSh to earn another kill for your bounty.

In addition to the greatest Warzone FARA 83 loadout, we suggest that you try out the XM4, which is another Black Ops Cold War weapon that is gaining in popularity.

Of course, Vanguard weapons can also be used to dominate your opponents, and the Cooper Carbine is now considered to be one of the best Warzone Pacific guns available.

A Swiss K31 will complement the FARA 83’s ability to serve as a great sniper’s support weapon because of its versatility. You can also use a Kar98k for a faster Aim Down Sight, or a ZRG for the longest range possible.

How to Unlock the FARA 83 in Warzone

In order to unlock the FARA 83, you must score two headshot kills in 15 separate matches using Assault Rifles.

In Black Ops Cold War Zombies, players can also earn this Assault Rifle by killing 30 or more enemies in a row without getting hit 25 times.

Here’s an awesome video by WhosImmortal explaining he FARA 83 LOADOUT You NEED To Be Using in Warzone: