Best Weapons You Should Get Before Destiny 2 Season 18

Don't clear up value space just yet. You may have need of these weapons next season. 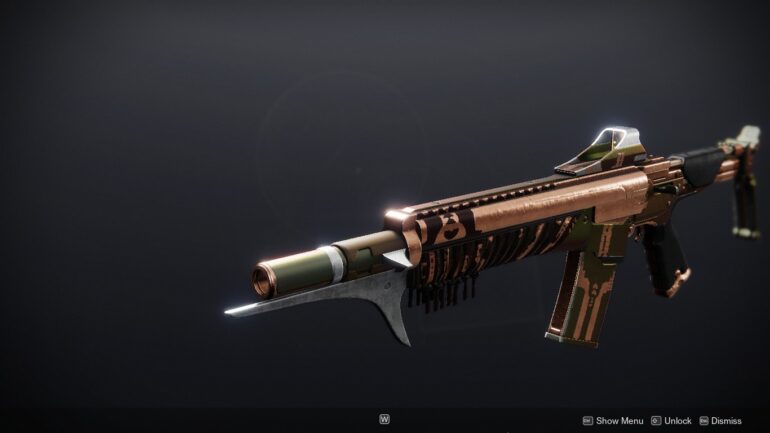 Destiny 2 Season 18 is just around the corner and one way to get around the level creep faster than usual is to break some pretty good weapons from the previous season. The best thing is, that most of these guns you can acquire through gameplay. Others might require getting lucky in Nightfall and a raid but that’s still doable before the next season starts.

In this list, we will talk about 6 weapons you may want to have ahead of Season 18.

Weapons You Want to Have Before Season 18

Out of all Arc guns you can get from the season, I think you’ll have a slightly better time in Season 18 with the Trespasser over something like the Riskrunner. For one, to make Riskrunner work, you’ll need to be hit by Arc energy, which won’t be a problem in PvP when everyone and their grandparents will be running around as an energy missile or Emperor Palpatine. But in PvE, however, it’s going to be a mixed bag and if you’re not getting hit by Arc then Riskrunner is just an Exotic SMG with range (via Masterwork).

For those who don’t know, Trespasser is a sidearm that gains a massive energy burst after a reload. Essentially, if you get a kill with this weapon, the next 6 six shots (or 2 bursts) will result in lethal amounts of damage. But there are a couple of problems here, you’ll need to be good enough to land shots in PvP, and in higher PvE content, this gun can’t kill enemies fast enough by itself.

The reason why you want to be using it is that the gun is in the season pass and in Season 18, with Arc 3.0, could give breathe new life into this gun. It’s better to have it now than not have it at all. Especially when you can get it just by playing the game.

Plug One.1 is a great Arc Fusion Rifle for both PvP and PvE. But in Destiny 2 season 18, the Arc fusion rifle can potentially have great synergy alongside the reworked Arc 3.0. But enough with the speculation.

The important thing is that you can get it before the season ends… but there’s a catch to that. The Plug One.1 can only be acquired through certain Nightfall missions. And you if miss the chance to get it within the timeframe then you’re straight up out of luck.

The Insidious pulse rifle is a raid weapon acquired by completing Vow of the Disciple which is already difficult enough for some players. But there is a craftable version that can drop during the raid and is straight up worth grinding over. Additionally, it is a rare four-round burst weapon, making it even more unique.

There are a lot of good sniper rifles in Destiny 2 but not many of them can go toe to toe with a solo guardian in Trials wielding an Eye of Sol. The most interesting thing about Eye of Sol is one of its origin traits – Alacrity, wherein you gain increased reload, stability, aim assist, and range when you are the last living member of your fireteam or running solo. This is a favorite among lone wolves. But more importantly, you can get this gun right now from Trials of Osiris.

A very versatile heavy machinegun, the Chain of Command can be obtained by earning ranks in Vanguard, Crucible, or Gambit playlists. Seems easy, right? Maybe if you’ve started the season and you are close to the seasonal reset for these activities. But what if you’re a newcomer that might be too late to the party? Worry not cause Bungie’s got you covered.

Starting next season the Chain of Command will be moved to the Exotic Kiosk vendor where you can purchase it under the Legacy Tab for the price of:

The thing you need to know about the Sweet Sorrow is that it is not a raid weapon that will first require you to have a Power Level of 1560 or higher. No, this auto rifle is something you can get right off the bat through Vanguard Psi-Ops.

What most people don’t realize about this gun is that it has some of the better rolls for an auto rifle. More importantly, it’s a 720 RPM (rounds per minute) gun. This is going to be huge in Season 18 with Arc 3.0 potentially.

Overall, this is a safe bet for an immediately good gun with a lot of viable perks. The craftable version allows you to get the most out of this gun.

And that’s it for this list of weapons you may want to have before Destiny 2 Season 18. Thankfully, there are still a lot of weapons to choose from. A surprisingly good combination is the Explosive Personality paired with the Huckleberry Legendary SMG but that’s more of a fun build. Plus, it’ll take time to grind for. So, it didn’t make the list.

Also, take a look at our other articles talking about Destiny 2 Season 18:

Check out this video from Youtuber KackisHD where he goes through some craftable weapons you’ll want to have in your back pocket when Destiny 2 Season 18 hits.