Destiny 2 Arc 3.0 Top Exotic Gauntlets to Get Ahead of the Next Season 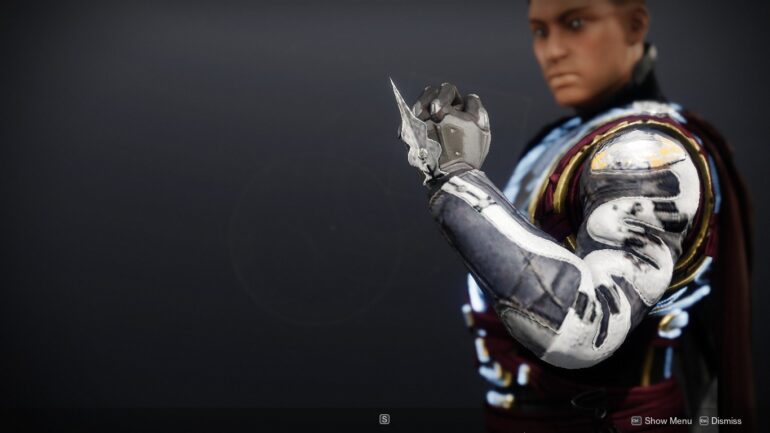 Destiny 2 Arc 3.0 is nearly here. And we’ll probably know more during the August 23 Showcase. The Arc subclass in Destiny 2 has always been a bit unrefined… It’s not as clean-cut as Solar’s ignition. (where stacking ignition results in an explosion.) Instead, Arc has always been about close-quarter melee combat and enhanced movement speed. As an Arcstrider Hunter, this is what we’ve considered our bread and butter for so long but it’s never really been defined. So, in the next season, here’s to hoping that Arc 3.0 can finally give an identity much like what Solar 3.0 and Void 3.0 have.

In this guide, we’ll tell you all the benefits of getting these Exotic Gauntlets that can potentially work well with Arc 3.0. We will also tell you where you can possibly get them during this Season of the Haunted. Also, we’ll leave the PvP aspect of this in the air. Assume PvE context, for the most part.

Armor Perk: Cross Counter – Using your Arc melee ability or being hit by a melee attack will allow you to follow up an extremely powerful melee counterpunch that will heal you.

From what we’ve been able to gather, Liar’s Handshake has been very good since the day Bungie added this little gem to Destiny 2. And it is understandably so. The gauntlets are great in both PvE and PvP. It comes into play very often since Hunters use their melee attacks as a reactionary response to enemies closing in as opposed to Titans who are famous for face-checking things they shouldn’t.

What really makes this build scary is that the Exotic’s perk “Cross Counter” grants 200% increased melee damage and heals you for a certain amount at the same time. That’s really powerful.

Where to get Liar’s Handshake Destiny 2

Liar’s Handshake is an extremely rare world drop. They also are acquirable through Exotic Engrams. Other than that, you’re going to have to look for Xur and maybe play the odds if he doesn’t have it for direct trade.

Keeping in the theme of close-range combat, we now have the Titan’s own ACD/0 Feedback Fence. The idea is to generate energy by punching the hell out of anything and everything in your path. And once you’re charged up, all that built-up energy will be unleashed in the form of a huge ARC explosion. (Hopefully, triggered by a horde of Thralls.)

This all seems like jolly good fun. But now I’m thinking about what happens if you have to go against enemies that prefer to take ranged fights, like the Vex.

Where to get ACD/0 Feedback Fence Destiny 2

ACD/0 Feedback Fence can be obtained through Exotic Engrams after completing challenges. They can also be dropped by defeated enemies. Xur also occasionally sells it for the price of 23 Legendary Shards.

Historically, Arc Soul has been seen as a novelty for a very niche playstyle that pretty much ends up being underwhelming. We don’t know if that can all change when Arc 3.0 comes out but don’t go throwing resources just to get it. As of right now, maybe you make something work if you fully commit to the Arc Soul Warlock’s bottom tree, we’ll have to wait and see.

You might also want to this up with the No Time to Explain Pulse Rifle. With the right timings, you can potentially be a literal mobile turret. That’s something, right?

Where to get Getaway Artist Destiny 2

Getaway Artist can be obtained through Exotic Engrams after completing challenges. They can also be dropped by defeated enemies. Xur also occasionally sells it for the price of 23 Legendary Shards.

Ah, Skip Grenades. The grenades that were so good, Bungie had to step in and nerf them. Nowadays, skip nades is a shadow of its former self. They no longer hone in on targets as strongly as before and the damage fallout it received after successive bounces is shocking. But nevertheless, if Arc 3.0 delivers what we think it can, we are going to see not only Skip Grenades but Shinobu’s Vow as well.

Imagine the chained carnage it can bring if it’s allowed to do its thing on ADS – and even more so since you have an additional charge.

Where to get Shinobu’s Vow Destiny 2

Shinobu’s Vow can be obtained through Exotic Engrams after completing challenges. They can also be dropped by defeated enemies. Xur occasionally sells it for the price of 23 Legendary Shards.

And that’s it for this guide on potential Exotic Gauntlets you want coming into the next season when Arc 3.0 is introduced. And don’t forget to catch up on August 23rd when Bungie showcases its big reveal for Season 18.

Also, take a look at our other articles talking about Destiny 2 Season 18:

Check out this video from Youtuber Aztecross where he talks about all the Exotics to lock in before the next season plus some speculative ones that could be good.