A list of the best classes per role in Xenoblade Chronicles 3. 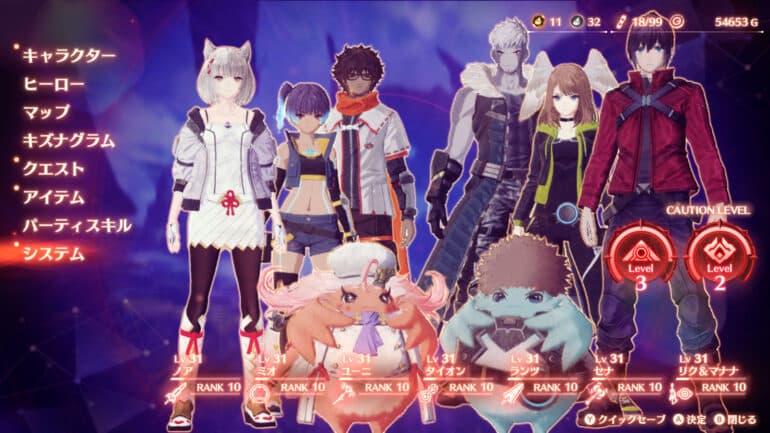 Xenoblade Chronicles 3 gives players the flexibility of playing with 25 different classes on top of being able to do special combo, chain attacks, and interlinking. These classes have different strengths and talents that can make powerful synergies that will surely turn the tide in any battle.

In this guide, we will list down our top Xenoblade Chronicles 3 Classes in all three roles.

Best Classes for the Attacker Role

The Royal Summoner acts as a heavy cannon which excels in both dealing massive elemental damage, as well as provide additional support via boosting the party’s Ether-based stat. Great for parties that has another attacker that can keep the damage uptime in between the Royal Summoner’s attacks.

The Soulhacker may be between above average to middling when it comes to stats, but it still is a fun addition to a party in the long run due to its ability to steal and learn Arts from defeated unique enemies. The Soulhackers gameplay can even be one of the most complex as it can learn a bunch of synergistic arts.

The Full Metal Jaguar’s passive ability makes its attacks deal more damage with every hit, easily snowballing its DPS provided that it is left uninterrupted. The Full Metal Jaguar synergizes best with tanks that can easily take in the aggro to give them long open windows for attacks.

Best Classes for the Defender Role

The Lost Vanguard works best at defending the entire party by providing them with shields, making it a good class to pick when dealing with bosses that deal a plethora of AoE attacks.

The Lone Exile is a defender that also excels at dishing out attacks. The class is able to control the crowd when it gets messy, keeping those vulnerable members a bit more safe. Its speed can also be a great advantage when taking the aggro.

The Heavy Guard is a master of luring the aggro of the targets and taking the brunt of their hits. It works best in a party where the positioning of the other party members matters when dishing out their Arts.

Best Classes for the Healer Role

The Lifesage is a battle healer capable of both healing other party members while dishing attacks. It works best on offense-forward parties where dealing damage is the main objective.

The War Medic is a great support for any party set up with is excellent healing capabilities and buffs. It’s one of the must get classes as soon as possible as it greatly relieves any strain the party has on the support and healer roles.

The Troubadour focuses more on providing buffs that enhance attack speed and damage, good for when the party needs a boost with the damage uptime and not much when it comes to healing.

In Xenoblade Chronicles 3, the six main characters can switch to the different classes of the other heroes once the heroes’ unlock requirements have been met, usually by completing their quest line. Switching to a different class lets the character be able to use the weapon, as well as wear their gender-specific apparel.

If you like this guide, be sure to check out our other Xenoblade Chronicles 3 articles:

Check out this video by MELOO showcasing all the heroes and classes in Xenoblade Chronicles 3: