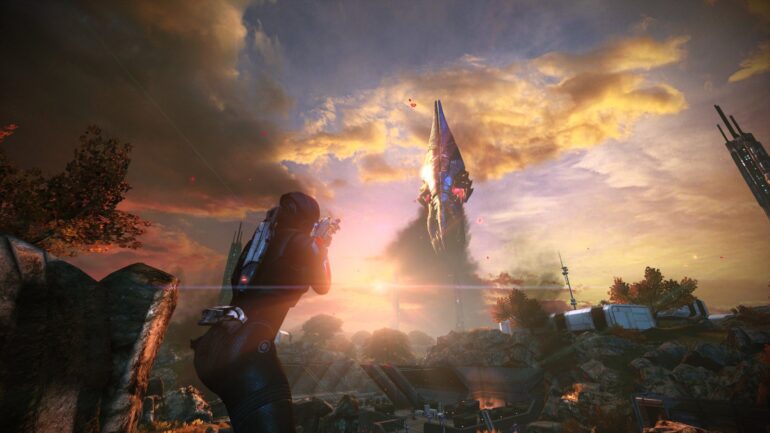 It’s been a while since we’ve heard news about the new Mass Effect game and Dragon Age as well.

Bioware recently published a blog post reflecting on the state Bioware as of 2021, and its future. The article, penned by studio manager Gary McKay, discusses current state of Bioware, and where they plan to go with what they are working on.

McKay also made mention of the success of Mass Effect Legendary Edition, in which it received very positive feedback from the press, all the way to the fans.

In the same post, McKay looked towards what 2022 will look like for Bioware and beyond. Beginning with the launch of Legacy of the Sith, the latest expansion for Star Wars: The Old Republic, on February 15th, 2022.

Is Bioware Still Working on Mass Effect and Dragon Age 4?

Yes. McKay is happy to inform us that the team is still “hard at work” on both titles. And while he doesn’t divulge anything specific about the games, he left with a few things nuggets of information that are of interest to us as players.

In the case of Mass Effect, a poster hints at what next game is about. The Dragon Age update is more impactful though. He says that the team is focused on single-player experience that is built on choices that matter. This should quell rumors that the next game will be anything but a single-player hand crafted experience.

We remain hard at work on the next iteration of Dragon Age and Mass Effect.

Gary comments that Bioware is laser-focused on building back the trust of fans and their community. Hopefully that involves righting some wrongs and delivering something that hearkens back to Bioware of old.

But he does make one thing clear:

Hopefully, they live up to that promise.

(Note: Gary about teasers for the next Mass Effect game)

If you’re curious about Mass Effect, I’d encourage you to take a look at the poster we released on N7 Day. If you look closely, there are a handful of hidden treats; by my count, there are at least five surprises, all of which point to an amazing future in the Mass Effect universe.

(Note: Gary about having a veteran group working developing working on Dragon Age 4.)

As for Dragon Age, we have a veteran group of talented developers working on the next iteration of the franchise. We are focused on a single-player experience that is built on choices that matter.