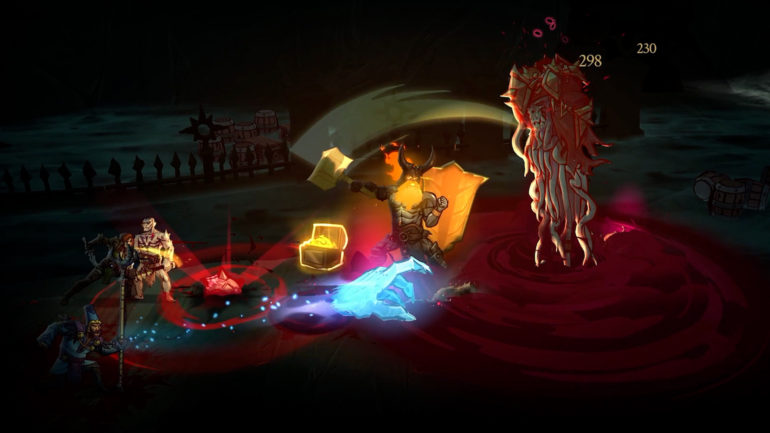 The multiplayer dungeon crawler will be coming to Steam Early Access this coming July 29. To celebrate that milestone, the developers are offering a 10 percent discount for its original $19.99 price.

Blightbound is an online & local multiplayer dungeon crawler that tasks three heroes to venture down from their mountain refuge to face the abominations of the Blight – a mysterious and corrupting fog that enshrouds the land.
Explore handcrafted dungeons, fight a terrifying cadre of mystical and monstrous enemies, grab valuable loot, and recover fallen heroes to expand your roster of available warriors. Each player will fulfill a specific role on the team – warrior, assassin, or mage – to overcome colossal bosses and solve clever puzzles.

• Blightbound is an ever-expanding game with new dungeons to explore, new heroes to recover and use, and new loot to retrieve with planned free updates for the community.
• Collect over 20 unique heroes, each with their own skill set, passive abilities, and fully narrated story to complete.
• Hundreds of unique items to loot and craft to improve each hero and alter their repertoire of attacks and abilities.
• Build out your refuge atop the mountain by recruiting new artisans to craft more items, fulfilling bounties, and training your heroes.
• Battle through three distinct lands, each with several dungeons to conquer, including the eerie Gravemark, the oppressive Underhold, and the precarious Blood Ridge.
• Distinct class roles that reward team play and powerful ultimate abilities that charge by fulfilling your role. Block damage as a warrior, interrupt enemies as an assassin or heal your allies as a mage.
• A stunning mix of hand-painted characters and real time 3D models and lighting effects.