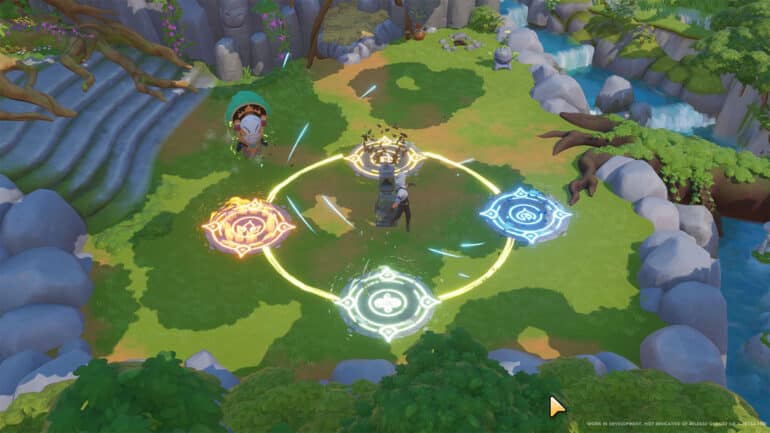 The Mythical Dream quest is one of the story quests that will introduce players to the other mythical inhabitants of Coral Island. In this quest, players will be called upon by the spirit of the island to find the other spirits and help bring the island back to its former glory. Completing this quest will also lead to a very helpful reward.

In this guide, we will go through the steps on how to complete the Mythical Dream quest.

How to unlock the Mythical Dream quest

To unlock the Mythical Dream quest, you only need to go to sleep on the night of your sixth day of your save. A cutscene will play where a spirit will talk to you in your dreams, telling you to go interact with a tablet at a sacred tree.

After getting the dream, you will wake up the next day with the quest showing its first task.

Step 1: Inspect a Tablet at a Sacred Tree

During the dream, you will be shown a glimpse of all four sacred trees. They are located in several spots within the island, and you only need to visit one of them to proceed with the quest.

They can be found in these locations:

After inspecting the tablet on one of these trees, a Giant will pop out. It will be startled and it will run away.

The next task is only shown as ?????, but all you need to do is to go through the day and sleep on your seventh night. A short cutscene will then play, showing that a fallen trunk that was broken has been magically fixed.

Once you are awake, check your mailbox to see that you have received a letter from the Chieftain, inviting you to come to their home.

Step 3: Meet the Chieftain left of your farm

Head towards the west side of your farm where you will see the fallen trunk. Cross it and you will meet with the Chieftain, the same Giant that showed up at the sacred tree. After a few dialogue lines, another cutscene will play that will show the stone carvings glowing up. You will then be bestowed with the Third Eye which will let you read the scriptures on the teleport posts within the island.

Step 4: Meet the Goddess at the lake temple

Next, head to the Lake Temple at the northeast side of the island. Inspect the flower at the very top to talk to the Goddess. After a few lines, she will then unlock one of the offering sites of the temple and you will also unlock the Temple Offering quest, from which you will be rewarded with the power to fast travel within the island.

Check out this video by Prillysia showing how to complete the Mythical Dream quest: