Coral Island Characters: Every Person You Need To Know

Get to know Everyone in Coral Island 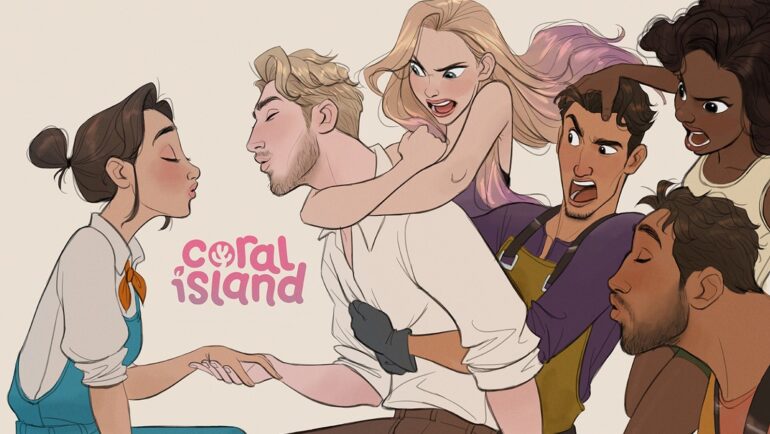 Coral Island is an all-new farming simulator game where players can be themselves and experience what it means to live on an enchanted island filled with nature, animals, and even, people. Players can even form relationships from friend levels to a romantic experiences. This guide will introduce to players all of Coral Island Characters from Bachelors to Bachelorettes to Pets and many more.

There are a total of 13 Male Bachelors found in Coral Island whom players can interact with. Each of them has a personality and trait that make them attractive and popular for many romance addict gamers. The Bachelors are the following:

A typical male who loves to wander off from time to time. He usually appears out of nowhere selling you items that you might need to farm on the island. He loves spending and attends Fall Music Festivals but if he is not around in our area, he would wander off to another area roaming around.

He is considered to be the town doctor and he has a bit of bad luck from time to time. When he was young, he was disowned by his parents and when he managed to get a degree from medical school, he was about to marry the one whom he loves, only to find out that she was cheating behind him.

One of the nicest people that players will enjoy being with is Kenny. He is a local of Coral Island and loves hanging out with people. He loves as well going outdoors, heating vegan tacos and kombucha, and even loves taking care of animals. After he is done with his work, he spends time at the Local Tavern or at the Blacksmith shop to hang out with friends.

Luke is a rich boy who lives with his parents and wants to prove to them that he can become independent and earn his own business without his family’s support. he owns a shop called Socket Electronics and in his free time, she spends time at the Beach Shack eating fresh seafood with his friends, Ben and Pablo.

A cold person who rarely interacts with people but has a soft spot for animals and sometimes talks about how he wishes he could set them free from their cages but also at the same time, he realizes that it is a dumb idea.

Among the locals of Coral Island, Noah possesses a family-loving trait that gamers will love. He spends most of his time running the Tavern and on days when he is not taking care of his mother, Betty, he would enjoy doing long walks, discussing some mind-altering ideas with Alice, and loves watching cooking shows.

As a blacksmith, Pablo is a natural playboy. His personality and attitude define him as a romantic. And when he is not working, he would lend his aid to the town locals either cleaning up the graveyards or doing a show at the Tavern. Unexpectedly, he hates beaches since he dislikes sand entering his shoes.

He is the brother of Pablo and unlike his brother, he rarely leaves Garden Lane and tends to mostly do clean up staying home. He is a very reserved male companion who likes to be alone but he has a very pleasant personality that makes fans want to interact more with him.

Raj is the owner of a quaint coffee shop in Startlet Town that is known as Raja’s Coffee Corner. He loves interacting with people, especially with his customers. And he is a resident of the Coral Inn.

Another wanderer in Coral Island is a city boy at heart. He is an easygoing person who loves to seek fun and dedicated his life to uncovering hidden artifacts located on the island. On free days, he enjoys drinking strong coffees and listening to jazz music and loves to hang out at the Tavern

He is a marine biologist who is new to Coral Island. He usually stays at the Lab to do some research with Ling on her projects on the weekdays and spends his free time at the vineyard with Luke and loves relaxing at the beach.

He works as a local fisherman and plays the guitar and loves singing. He loves eating eel, fish tacos, and coconut drinks. He hates drinking alcohol and traveling but loves to spend time with his dad and his sister, Lily.

Another local resident of Coral Island and the son of Wataru. He lives in the Observatory and you’ll often find him stargazing watching for stars. You can guess his Asian origin, but he doesn’t like his beverage green.

There are a total of 12 female Bachelorettes on Coral Island. They all have their own personality and creative minds that will attract players’ interest. The Bachelorettes found are the following:

Aaliyah is the sister of Frank who runs a tavern in the town center. She usually tries out the recipes that his brothers make in the tavern and loves drinking coffee and is in love with flowers such as Cosmo and Tulips.

One of the known twins living on- Coral Island is Alice. Alongside her sister Suki, they own and live by the beach at Coral Inn. Unlike her sister Suki, she spends her days working at the inn and during her free time, she hangs out with her friends while eating minced jackfruit pies.

Though her physique looks thin, she is a big eater. She loves eating pizza, seafood ramen, Veggie Ramen, Basil Pesto Pasta, and Gnocchi.

Eva works as a baker at Sam’s General Store and she enjoys doing her job. She has a very friendly trait that attracts people and has dreams to visit exotic places especially winter areas.

She is a rich girl who has lived a fulfilling life and works as a yoga instructor at the community center and loves interacting with her audience online. She loves to be surrounded by art collections and designer clothes that no other locals have.

Lily is the sister of Theo and spends her time working at home. On weekends, she would hang around the lake or visit the library to relax. Once a week, she would stay at the Abandoned Villa to watch it over for her friend and sometimes uses that place to rest and relax.

Macy is the most adventurous girl players will meet in Coral Island. She is a full-time photographer that has an artistic side in her and works as well at the Inn. She loves night walks, taking pictures, playing video games, and Stephen, her pet lobster.

She works as a librarian and spends her free time bird-watching. During her work, not does she rearrange the books in the library and manage them, but she helps in organizing events for the Mayor through donations and such.

Although she is not a local resident of Coral Island, Nina spends her time there on vacation. When she is not around, she asks Lily to watch over the abandoned villa.

She is currently divorced but she is a strong and confident woman alongside her twin sister, Alice, who manages the Coral Inn as its owner. Before anything else, she is a mom first and anything else second.

A very unexpected character is Yuri for she is not your usual medical doctor. In her early 20s, she spends her time traveling around the border working as a field medic. She decides to stay on the island as a means of relaxation and work with Charles as a doctor.

She is a treasure hunter that loves to discover the known especially on Coral Island. She lives on a boat and only uses it to visit her parents. She can be a bit mysterious at times but she is passionate about her work.

Agung is a merman in the Merfolk Kingdom, which is located deep within the ocean.
In order to comprehend him and the other merfolk, as well as form relationships with them, you will need to decipher their native language “Merakih”.

Denali is a mermaid and she lives in the Merfolk Kingdom just like Agung. Little is known about her for now.

There is a legend in Coral Island that there are giants that exist in the soil that local residents live in. Ruins around the island depict that in ancient times, humans and giants worked together in developing the land of Coral Island.

The Goddess of Flowers is the goddess of Coral Island. In ancient times, she worked with the Merfolk and Giants to maintain the balance of the island and is still worshipped by both giants and merfolk to this day. The locals of Coral Island believe that the Goddess is responsible for rejuvenating the island’s water, soil, and well-being.

And that’s all the characters found in Coral Island. If you like this guide, be sure to check out our other Coral Island articles:

Check out this video by Cobblewobbles talking about the characters that you need to know in Coral Island: