In fairness, seasonal weapons are easy to farm god rolls for. 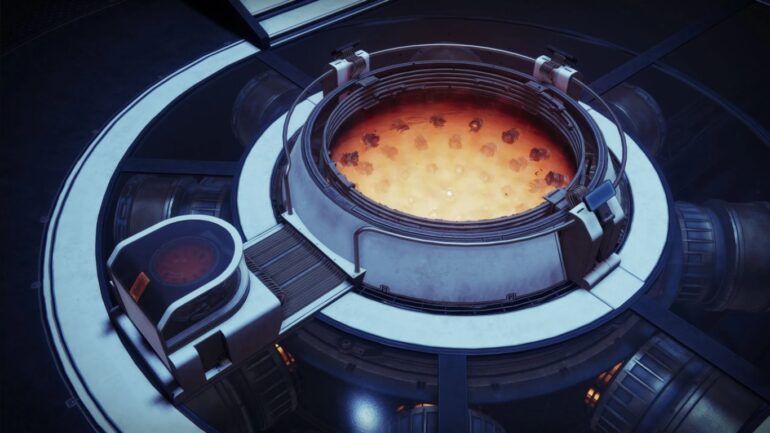 Destiny 2 is closing in on its next big expansion with the Destiny 2: Witch Queen releasing on February 22nd, 2022. And with a new expansion there are a lot of changes coming which we know of so far. These changes do Include the fact that seasonal content of the year will be leaving after staying for an year. This includes the content form all the four Beyond Light seasons namely Season of the Hunt, Season of the Chosen, Season of Splicer, and Season of the Lost.

These will be presumably harder to get just like the world pool guns once the Banshee Telemetry is remove. For keeping the best rolls on those guns I would recommend checking our Guide for it.

These weapons are available with their Respective Activities and can also be focused with Umbral Engrams in the Helm. Most of them can also drop with double perks (except for Season of the Hunt weapons).

This article is going to be a guide to what are the best guns to keep along with the best rolls on them. This will be mainly a guide about the last two perks of the guns and not the barrel/Mag perks (with a few exceptions).

These guns will be given bellow with respect to their Seasons:

Season of the Hunt Weapons

Season of the Hunt probably has the weakest set of weapons of all the seasons but it still does have some unique weapons. The guns are available to get from the Wrathborn Hunts or buy focusing them at the Umbral encoder.

Friction Fire is a 600RPM SMG in Kinetic Slot. It has a few pretty good PvE rolls which can be useful as overload SMG will be there next season.

Deafening Whisper is a Void Wave Frame Grenade Launcher. It is a really fun and unique gun. And for now is the only non-sunset Wave Frame gun in the game.

Royal Chase is a Void 180RPM Energy Scout Rifle. And from Destiny 2: Witch Queen they will be an Anti-Barrier Scout so this will be a pretty useful gun for it.

Blast Battue is a pretty ok Heavy Grenade Launcher but nothing Special.

Corsair’s Wrath is a Solar Heavy Linear Fusion Rifle which is really good this season, but by next season it may be viable with the buffs they received.

Season of the Chosen Weapons

Season of the Chosen had 6 guns and most of them are really good. They can be obtained from Battle Grounds and from focusing them in the Umbral Engrams.

Extraordinary Rendition is 750RPM Kinetic SMG. And it is really damn PvE good PvE gun. And with the Overload champion mods next season it will be very useful.

Far Future is a 90RPM Solar Sniper with a few component rolls but it has better alternatives for it in Destiny 2 for PvP and PvE.

Imperial Needle is a pretty good Void Bow and with Bows getting Anti Barrier Champion mods a good roll of this bow would be useful.

Threaded Needle is Linear fusion Rifle and is one of the best options for DPS in the Present Season mainly due to the particle deconstruction mod. But by Destiny 2: Witch Queen it won’t be there still with LFR buffs it can be still very viable.

Code Duello is a pretty damn good with Solar Rocket launcher and I would recommend keeping one for DPS or just for fun. It has some pretty good rolls.

Season of the Splicer Weapons

Season of the Splicer just like Season of the Chosen in that it has some really good guns to hunt for. Some of the best gun in Destiny 2, If you ask me. They are available in the Seasonal Activities and to focus in terms of Umbral Engrams in the H.E.L.M.

Chroma Rush is a 720RPM is Kinetic Auto-rifle and is one of the best guns in both PvP and PvE. And with Auto rifles being anti Overload champions mods with Destiny 2: Witch Queen. This is a very sought after weapon.

Ignition Code is one of the few Kinetic Grenade launchers and like with any special ammo GL blinding Nades is really damn good on it in the second perk slot.

Farewell is a pretty fun 360RPM Kinetic gun with really fun rolls to play around with.

Gridskipper is a good 540RPM PvP Void Pulse rifle and is pretty solid all around.

Sojourner’s Tale is pretty good solar Slug shotgun which is more PvP oriented, in my opinion.

Shattered Cipher is a 900RPM Void Machine Gun which is pretty good in most normal activities.

Season of the Lost Weapons

Season of the Lost weapons are the easiest to farm for now as it is the present active season in Destiny 2. They drop from their Actives, Umbral Engrams (Which can drop double perks) and randomly in playlist activities. Even though I do not think that are as good as the weapons from previous two seasons of Destiny 2, they are still pretty good all around. This is the season which introduced Stasis weapons so there are some interesting perks on it.

Vulpecula is 180RPM Stasis Hand Cannon. It is a fine gun overall and one the few guns which can roll with the headstone stasis perk.

Fractethyst is a kinetic Stasis aggressive shotgun. It is pretty good and Reliable in PvP.

Chrysura Melo is a solar 360RPM Auto-rifle and is a reliable gun to use in PvE especially in case of solar shields.

Wolftone Draw is a arc bow which is really good in end game PvE activities with its perks. And with Anti Barrier mods in Destiny 2: Witch Queen I would recommend keeping a good one around.

Iota Draconis is a Solar Energy Fusion rifle which is kind of bad. And it is due to it being High Impact, has a 1000RPM charge time which is way too long to really have it to be useful in PvP. So it is only really useful in normal PvE activities, in my opinion.

Canis Major is a Solar Heavy Grenade Launcher which is pretty fun but like any heavy GLs, it is not ideal in endgame activities.

Unlike Gunsmith/World Loot pool guns the seasonal weapons are comparatively really easy to farm god rolls. So I would recommend getting the god rolls of these guns before they cannot be target farmed by Destiny 2: Witch Queen.

So I hope, while farming the guns, the RNG be in your favor, Guardian.