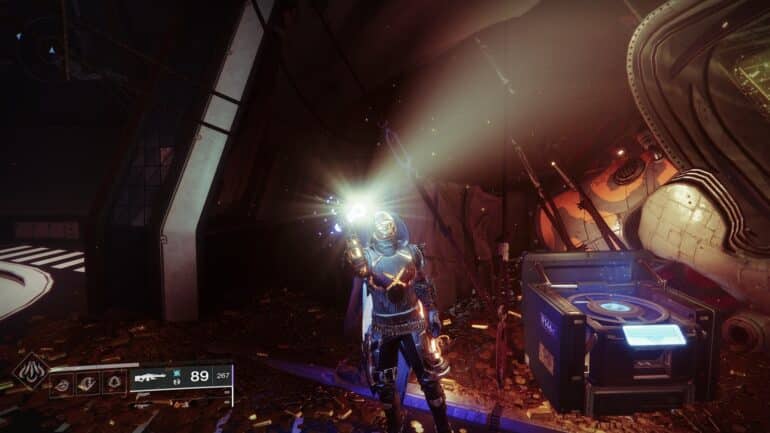 Destiny 2 Grandmaster Nightfall is going to start next week. Anyone who has even participated in that high level of end-game content knows that they will need every bit of an edge to get the advantage over the mountain of elemental shields and champions that will no doubt be there in force. That’s where Exotic Weapons come in. They provide that edge and more in most forms of end-game content. (But honestly, they make the game more fun and less grindy.)

Note we are going to prioritize weapons that you pick up via Exotic World Drops (aka Exotic engrams) on this list. Weapons like Divinity and Gjallarhorn are absolute must-haves in any endgame activity but won’t be included in our list as they come with lengthy quests.

In the case of Gally, its catalyst is even tied to a quest within the Grasp of Avarice dungeon. The same can be said about Divinity. But unless you’re willing to go through a Raid and complete six puzzles at the same time, you’re better off leveling up to get as close to the 1600 soft cap to better survive a Grand Master Nightfall. Still, you should definitely consider getting them in the long run.

Without further ado, here’s our list of weapons you should consider bringing to a Destiny 2 Grandmaster Nightfall.

List of Weapons to Bring on a Destiny 2 Grandmaster Nightfall

A kinetic linear fusion rifle acquirable strictly through world drop exotic engrams, Xur’s inventory, or Xur’s faded engram, the Arbalest is one of the best damage-dealing weapons in the game.

This primary weapon is capable of efficiently destroying elemental shields in one shot, rendering the ‘Match Game’ modifier pointless. Additionally, it does quick work of Champion Barrier shields, a must-have for any Destiny 2 Grandmaster Nightfall strike team. The gun is so effective that it can cut through other shields like the Hydra force field and Cabal Phalanx shield.

What it lacks in spectacle, certainly makes up for it in efficiency.

Izanagi’s Burden has been a staple in many endgame raids. Owing to the fact that its unique frame allows it to simultaneously shoot 4 bullets at once if you hold the reload button.

The pairing of this weapon with an auto-loading Rocket Launcher can be considered something like a skill check for many raid teams. And when in the presence of Divinity, can cut through bosses like a hot knife through butter.

Overkill on anything short of Champions, Izanagi’s Burden is another weapon you’d want in your arsenal. To get it, all you need to do is to purchase it at the Monument to Lost Lights over at the tower. If you have access to the Forsaken pack, you can exchange a Forsaken Token instead.

If Witherhoard is going to be known for one thing, it’s going to be area denial. It doesn’t matter if you are in PvE or in PvP, no one looks forward to advancing a field that is covered in Blight. This Grenade Launcher is so effective in crowd control that you can use it to camp spawn points thus denying ads from entering the area. If you own the Shadowkeep expansion, you can buy it from the Monument to Lost Lights.

You can easily get the catalyst for this weapon as well. All you need to do is to speak to Banshee-44 and he will give you a quest to unlock it. The catalyst allows Witherhoard to have the auto-loading holster perk, one of the best perks to run on grenade launchers.

Lumina is a solid support option in a game that doesn’t really provide much of it. The 140 RPM hand cannon serves two functions – when aimed, it shoots high-impact rounds that kill enemies. The energy from those kills is stored in the weapon and when shot from the hip in the direction of an ally, it will shoot an orb that actively seeks allies.

Any class can use this hand cannon but it is Warlocks who pair it with the Boots of the Assembler Exotic leg armor are the ones who get the most out of the hand cannon.

And yet again, you can purchase it from the Monument to Lost Lights if you have access to the Forsaken pack.

A typical Destiny 2 Grandmaster Nightfall will usually have players performing specific roles. Graviton Lance is what you’ll want to bring out when you are encountering a situation that calls for the rapid removal of void shields. On top of being a solid damage option, it is also a pulse rifle meaning it goes hand-in-hand with the Unstoppable Pulse Rifle armor mod.

The weapon can be acquired via Exotic World Drops so it is completely possible that you’ll have this weapon stored in the vault or in awaiting reconstruction in your Collection.

Another weapon that can be acquired through Exotic World Drops, the Skyburner’s Oath is the perfect weapon if the Destiny 2 Grandmaster Nightfall that day involves Solar shields and/or Cabal since the weapon does bonus damage to Cabal. But more importantly, it goes together with the Anti-barrier Scout Rifle arms armor mod, which is sourly needed in many Nightfall missions.

The way it fires is also noteworthy. If shot from the hip, it lobs a chunk of a highly flammable substance that spreads scorch to nearby targets. On the other hand, it shoots high velocity, high damage flame rounds when you use aim-down sights.

Hawkmoon has got to be one of the most accessible weapons on this list. Xur usually carries a variant of this weapon with randomly rolled stats from time to time when his store is open during the weekends.

Hawkmoon is best utilized by players who value precision aim. Precision shots with this weapon grants a stack of Paracausal Charges. The final round in the magazine deals bonus damage based on the number of stacks but swapping out removes the stacks.

Unfortunately, it doesn’t see much use with it being a hand cannon and requiring precision hits to get any sort of value. I have used this weapon in many Nightfalls and it has served me well so far. But I understand the reasons why it doesn’t see much action in a Destiny 2 Grandmaster Nightfall.

My 8th pick isn’t exactly any weapon in particular. Instead, it will go to three weapons that have the same weapon perk: The Fundamentals. And in the case of Borealis, it is the weapon’s Intrinsic trait.

By pressing the reload button when the gun is loaded, The Fundamentals changes the weapon’s type, cycling between Solar, Arc, and Void. And in the case of a Destiny 2 Grandmaster Nightfall, it is very likely that you’ll see enemies that hard counter other elements. Having something like this can save you from having to rely on allies.

Borealis and Hard Light drop from Exotic engrams while Dead Messenger can only be acquired after completing the ‘Vox Obscura’ Exotic quest.

Out of all three of them, Dead Messenger is the most impactful on the battlefield.

The Osteo Striga is one of the most impactful weapons in that it fires a stream of sentient, tox projectiles that track enemies closest to them. You can see now why it had to be included in this list. This weapon’s room-clearing potential is off the charts. Additionally, it allows players with lower skill levels or special needs a chance to contribute to the firefight, regardless of the activity.

The weapon, when paired with the exotic chest piece absolutely melts anything, even in Master Lost Sectors. And that’s because of Gyrfalcon’s armor perk that allows your weapons to gain a damage bonus after you emerge from invisibility. If you’re a hunter and you have both exotics, I highly encourage you to try it out.

And that’s it for our list of top weapons you should consider bringing to a Destiny 2 Grandmaster Nightfall. I hope you guys learned a little something new from this article. See you at our next one.

Check out this video from Youtuber Pattycakes Gaming where he talks about some of the most underrated Exotic Weapons in Destiny 2 in season 18.