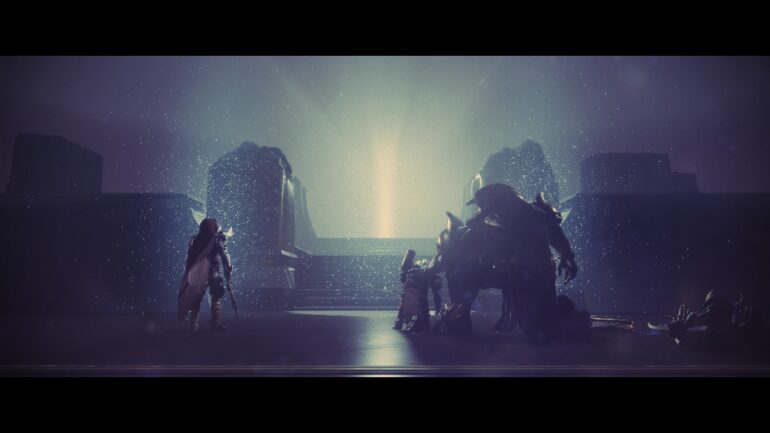 We have just one more week before Destiny 2 Season 18. Bungie’s got some BIG plans in the works, many of which will be revealed to us in the Destiny 2 Showcase that’s happening on the day of the weekly reset.

And for this guide, we are saying our goodbyes to Season 17 in the ways only Destiny players know how to: desperate last-minute prep work for Season 18. But worry not, here are all the things you need to know about what’s to come for the final week of the Season of the Haunted.

As a friendly reminder first before the start of the season. As with every season in recent memory, please, please, please claim your in-rewards for the current season. If you have pending rewards from any of the daily/weekly vendors (including commander Zavala, Shaxx, the Drifter, and Saint-14) any and all unclaimed rewards will be removed at the start fo the next season.

Additionally, these are weapons Bungie will be removing from next season’s loot pool. They include:

These weapons will be cycled out and will be replaced with other weapons next season.

From what we can gather, there is only one quest left in the season of the Haunted storyline and it appears to be: HIGH ALERT: ANOMALY DETECTED – H.E.L.M.

This two-part story quest sees our Guardian traveling back to the H.E.L.M., witnessing some kind of event, and then returning to the Tower to debrief commander Zavala about an ominous message. Chances are this is something to do with the Witness and this unease Eris felt during the end of the last quest. (No spoilers. Just in case.)

Alright, with that major thing out of the way, let’s move on to the activities that will be going on for this week. Starting with Destiny 2 Weekly Reset Vanguard Nightfall Strike.

With the weekly reset, we now know that the epilogue mission has an official name:
H.E.L.M. Security Lockdown

This week also sees all our favorite activities – Vanguard, Gambit, and Crucible get a boost in Rank points for a short time.

This week’s Nightfall will be “Proving Grounds”. Take this opportunity for a chance to get the featured weapon: Silicon Neuroma. The Adept version of this gun can be acquired through Grandmaster runs.

This week sees us get a booster for Vanguard rank points for a short period of time. Might be a good time to see if you have enough to at least get to the first vendor reset.

And while we’re on the subject, Gambit players can enjoy a short Rank points bonus while taking down prime targets.

Good news everyone, Bungie is bringing back “Team Scorch” to the Crucible. There are some seasonal challenges linked to this specific game mode you may wanna check out. Also, giant Scorched cannons are more fun than having than getting Plug One’d to the face while rounding a corner.

From the Vow of the Disciple raid, this week’s challenge is called “Base Information” and takes place over at the Caretaker encounter. Raid members can only pick up one stack of knowledge per glyph per run. Your team will need to be highly mobile for this one, and preferably ones that are very familiar with the encounter.

On the Master difficulty, each time a player deposits knowledge at the totem, Overload Champions will spawn as a result. Bring the right guns and mods for this one. We hear it’s going to be a tough one.

The Only Oracle For You
Second Encounter – Guardians cannot shoot the same Oracle more than once.

The Core Four
Fourth Encounter – Guardians must dunk all for nuclear cores before each DPS phase.

A Link to the Chain
Second encounter – All Guardians must receive the enlightened buff at the same time.

This week sees our Guardian return to the “Last Wish” Raid for the last time this season. Described as the best raid in the current rotation, this raid has some of the best guns you can find anywhere. And those who take it to the extreme might have a chance at getting the one Thousand Voices Heavy Fusion Rifle.

This week also features the Shattered Throne Dungeon in the Dreaming City. This dungeon in particular is said to be manageable. So, if you’re looking for those final bits of Pinnacle Gear for your light level, this might be the activity you might want to run. Plus dungeon activities are a good way to farm materials ahead of the next season.

From the 30th Anniversary Pack activity, Dares of Eternity this week will include Year 1 Faction Armor sets:

Complete challenges to add these to your Transmog collection.

As for weapons this week we have:

The Lost Sector after Tuesday’s reset will be “Extraction” from the Bogs of Savathun’s Throne World. It will drop Exotic chest pieces on solo clears.

This is the list of Wednesday’s all the way to next week. Exotic armor pieces included. If you’re missing that one piece of ARC-friendly armor, this is your chance to get them. We also have a guide listing certain Exotic Gauntlets you may want to have for Season 18 and ARC 3.0.

That’s all that we have for activities, let’s move on to the Eververse Store.

This week sees the return of many fancy cosmetics. Some players have only seen through trailers and promotions of the game.

Check out this video from Youtuber xHOUNDISHx where he also talks about the upcoming week’s activities before Season 18 goes live.