Here's everything that's in store for Destiny 2 starting on September 06, 2022 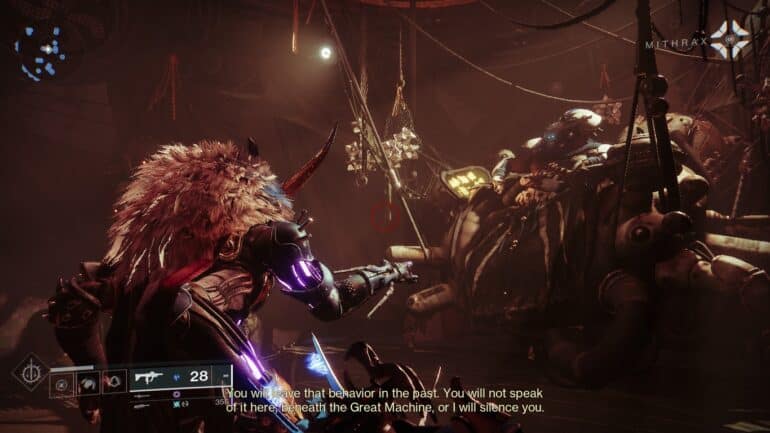 This is your Destiny 2 weekly Reset for September 06, 2022. The third week of the Season of Plunder is right around the corner and we are all excited for the return of Iron Banner for the first time this season. Now combined with Arc 3.0, we are going to see some of the most obnoxious builds in all of PvP.

But before all that, let’s get a recap of what happened at the end of Week 2’s story.

Tensions are rising this week after Mitrax discovered that Eido was getting more and more involved with the group’s pirating activities. We hope both father and daughter come to an understanding very soon. As it would appear that Eido’s newfound interest in the artifacts of darkness is starting to be a concern.

Look, we love the kid as much as the community does but we can’t help but remember what happened with Crow and the Psion. And while Crow grew as a person, that came with a very heavy price. Let’s hope it doesn’t come to that. Eido’s too precious to lose.

And finally, things aren’t looking so well between Misraaks(Mitrax) and the Spider. It would seem like the Spider is getting greedy and Misraaks wasn’t going to entertain such thoughts especially not under the Great Machine. The Spider may have yet another string to pull before long.

Last week we faced off against Ransaaks and his crew of Eleksni and Cabal. The boss fight took a little longer than Aye-I’s but only because Ransaaks has a bad habit of fighting behind a shield for the majority of his fight.

This week sees us going up against Skiffks, another Privateer. This should be the last of the ship captains that will be introduced. Next week, the activity will start to cycle back. Unless Bungie has something else in mind.

But anyways, expect a new hideout, and around 10 new weekly challenges to round out the week.

The expedition for this week will take us buried treasure hunting on Nessus before locating and completing this week’s pirate hideout for the third artifact of Darkness.

We have a new seasonal quest this week, a continuation of last week’s. Crucible activities have double the progression amount for this week, so you may want to bring your best loadouts.

Antiquarian III – Return the third relic to the H.E.L.M. Also, defeat Cabal. Defeating them with finishers will award bonus progress.

Ketchcrasher I – In Ketchcrash, destroy shield generators in the Maintenance Bay, hack terminals in the Treasure Hoard, and destroy storage tanks in Ether Storage.

For the Nightfall this week, we’re going to see the return of the “Fallen S.A.B.E.R.” Nightfall over at the Cosmodrome. Going up against the AI Warmind Rasputin is always good fun. This Nightfall has a lot of Overload champions, especially on the harder difficulties. And it’s always good to remember that the higher difficulty, the more likely you will receive the best rewards for that activity, and that’s including the Nightfall exclusive weapon.

We don’t yet have the full rotation of weapons but we’ll update this article as soon as know what it is.

The weapon drop for this week’s Nightfall is the Duty Bound auto rifle. An ADEPT version is can drop at higher difficulties.

Moving on to the Crucible, we’ll see “Momemtun Control” as one of the featured activities on the playlist. Additionally, players will gain additional Crucible rank points all week long.

As we’re all expecting, this week sees the return of Iron Banner for the first time this season. And with it comes the brand new game mode: Eruption.

According to Bungie: “Eruption is clash with energy boosts based on kill streaks. It was affectionately called Streak Mayhem internally before we gave it a real name. During Eruption, killing your opponents scores one point and a normal amount of energy. After that, when you get your second elimination in a row without dying, you become “Surging”.

“When you get your fifth kill without dying, then you become “Primed”.“

“Sounds great, right? So, who wouldn’t want to be Primed? Well…“

There are 2 new weapons to earn with Iron Banner:

One final note, these weapons are not part of the deepsight resonance (red borders) collection. They will not drop any, so your best chance is to get God Roll ones.

Now that we’ve sorted through this week’s activities, let’s head over to Tess and see what she has on offer in exchange for Bright Dust.

Check out this video from Youtuber xHOUNDISHx where he also talks about the upcoming week’s activities for the third week of Season 18.