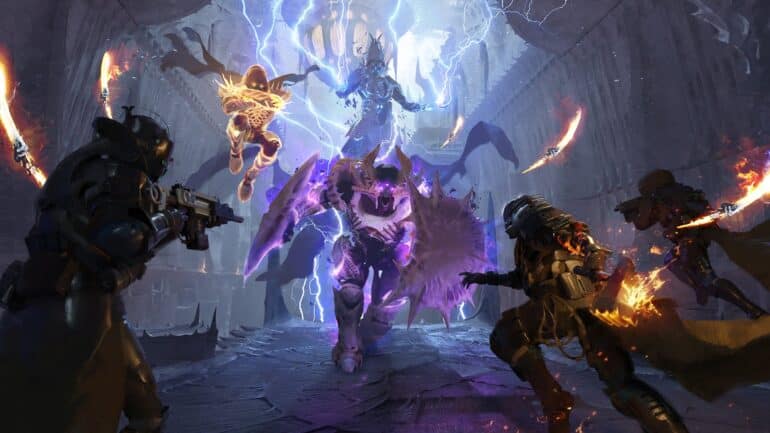 Destiny 2 is closing in on its next big expansion with the Witch Queen releasing on February 22nd, 2022. And that means the changes coming are slowly teased every week by Bungie in their Weekly TWABs. In the last few week a lot was revealed with the ViDoc, Void 3.0 and much more. This week it was all about the newly added legendary campaign and the Exotic Armors one can earn.

What is the Legendary Campaign?

Unlike all the previous Destiny 2 campaigns, Witch Queen will be releasing with a Legendary Campaign that include the base game with many modifiers and difficult enemies, which will be present throughout the game. Each mission caps the players Power similar to that of the Raid Contest mode to maintain the challenge so that one does not over level for a mission.

The Legendary Campaign was designed to be harder than a Legend Nightfall, though it is easier than a solo dungeon or running a Grandmaster Nightfall. Enemies will be more difficult and more aggressive. They also will have higher damage resistance, seemingly making it so that they are less susceptible to stagger.

The campaign can be played solo and it scales accordingly, although not 1:1. For Fireteams, however, it will be limited to one revive per player for each Darkness zone, and a shared timer of 40 seconds before an automatic wipe happens similar to what happens in a raid.

As a Destiny Player, I am always looking for more loot, and from what Bungie is stating the Legendary Campaign is going to be a good source for it.

So for each Mission:

For doing the entire Campaign in Legendary, players will be able to get rewards such as:

In my Opinion, this is a really good addition to Destiny 2 as this will add be to the difficult content which is highly requested for by the players. And if someone does not care for the difficulty, they always have the option to play the normal campaign.