Destroy All Humans! Remake Gameplay got Tweaked with New Mission on Area 42 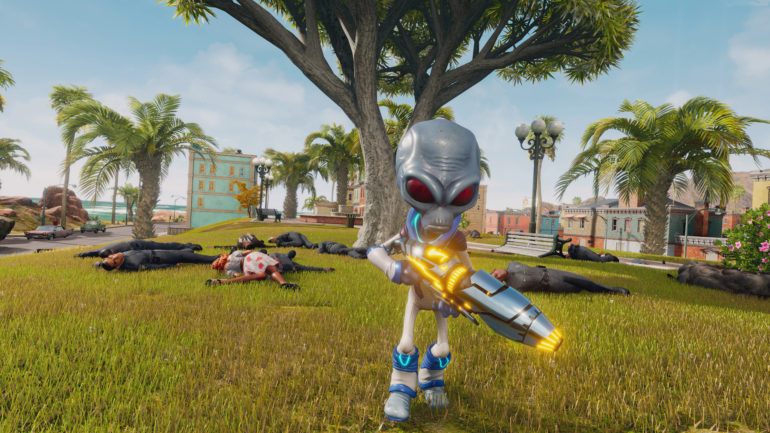 Upcoming video game remake Destroy All Humans! is coming later this month and several new changes have been added to it to make it way better than the original version. Aside from the visual improvements, there were other tweaks and additions as well. Two of those changes are UI and controls. The gameplay is now fluid compared to the original, which makes the hype for this game to come out even higher.

The aspects of gameplay in this game were tweaked in order to reflect the changes made in the original sequel. Here is Haessig and Karaagacli explanation:

We altered the gameplay whenever we had the impression that the original implementation was either too clunky or outdated, or did not match the ‘nostalgia goggle’ version of the feature. Even then, we checked whether or not Destroy All Humans! 2 already fixed the issue in order to stay as close to the original(s) as possible. For example we added the ability to sink and rise with the Saucer and the hypno-blast power ‘Defend’ (which causes an armed human to become your ally). Both were part of the original Destroy All Humans! 2, but not the first game.

Aside from the gameplay, a new mission has been added. The title is the Lost Mission of Area 42, which did not appear in the original because it did not make it in the final development. In the original, Crypto was able to explore this area, but there was no content in it. The Black Forest team then created a new mission for this location as homage for the original.

And in a way was our homage to the original development team. We know real well the myriad of circumstances of game development resulting in something getting ‘cut,’ so we took this brilliant opportunity to ‘uncut’ that, and we believe they would be happy with the result.

The new improvements to the gameplay and the addition of a new mission to pay homage to the original are such big additions to the remake. Fans of the franchise will be ecstatic of these.

Destroy All Humans! remake will launch on July 28 for PC, Xbox One, and PlayStation 4. A Google Stadia version will be available at a later time.