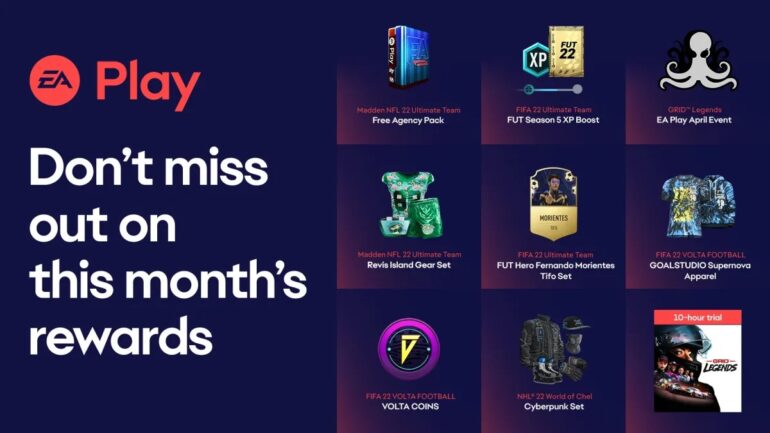 New rewards have been announced for those who have joined EA Play and it includes new content for many titles like NHL 22, FIFA 22, Grid Legends, and more. It is a mix of new free DLCs, boosters, events, sets, and more.

Members will also be able to try out a new game when it joins The Play List this month. Starting April 14, 2022, they can enjoy the gothic and dark adventure Lost in Random.

Xbox Game Pass Ultimate and Xbox Game Pass PC members can get EA Play at no additional cost with just their Game Pass membership. They can reap all of the rewards like in-game challenges, rewards, special member-only content, and more.