A tier list for the characters of Echoes of Mana and a guide for getting new characters. 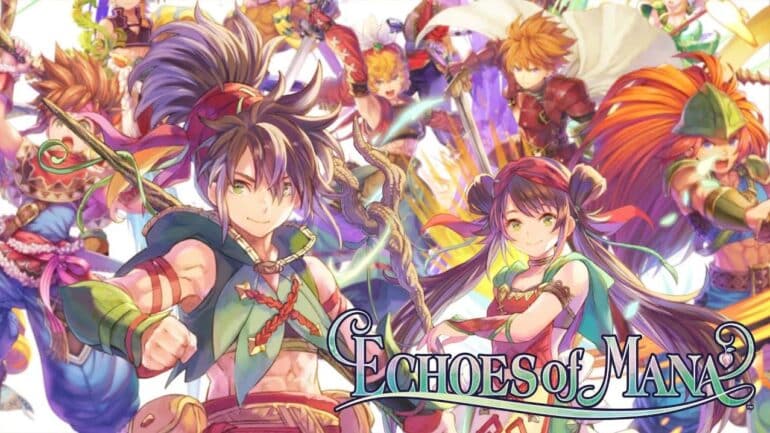 There are plenty of characters in Echoes of Mana and they each vary on how useful they can be. Some characters are the cream of the crop while others can often just be a hindrance. We’ve created this Echoes of Mana tier list of best characters to help you know who’s worth keeping around.

Echoes of Mana is a mobile game made by Square Enix which is a legitimate spinoff of the Mana series. You’ll have to assemble your own diverse team of powerful warriors as you fight opponents around the world. Echoes of Mana released on April 25, 2022 and is available for both android and iOS.

When you’re tasked to assemble your own party, you have to know who to pick. You only have four slots including your avatar so you can’t bring everyone with you. At times you really won’t have a choice since Echoes of Mana is a Gacha game and it can be up to the roll of the dice to see if you get an S-tier character. You’ll still be able to reroll for better characters later on so it’s a matter of biding your time.

Our Echoes of Mana character tier list will show you who’s at the top and why you should work towards getting them. As Echoes of Mana gets updated, the meta between the characters might chance so we’ll be sure to update this list as well.

We’ve separated characters from several tier branches ranging from S being the highest to D being the lowest. Here’s what they mean:

Characters like Riesz are on the top spot because of how useful they are. Reisz herself already formidable against physical and mana users but her stats can scale pretty high that she’s useful even in late game so you never have to worry about her being obsolete. Her high luck stats allows her to frequently do critical damage against enemies a lot. And both her STR and INT are pretty high for a four-star character.

A great all-around fighter Shiloh can reliably take out groups of enemies with strong physical damage.

A strong tank and a fine front line fighter, Duran is your go to tank should you ever acquire him. Make sure to equip him with a Sword From Above Memory Gem to take advantage of his ability to break armor.

Popoi doesn’t seem a remarkable character aesthetic wise, but that boomerang can keep enemies at bay.

Angela is arguably the best mage in Echoes of Mana. Her magic attacks can target numerous foes. Paired with the Rulers of the World Memory Gem, she can continuously deal crowd control damage without worry. She really helps in clearing waves early.

Sumo is arguably one of the best damage dealers in Echoes of Mana. He’s capable of surviving in long fights thanks to his abilities. Make sure to equip him with the The Tale Begins Memory Gem as it’ll help with his HP gain.

Serafina is a great character to bring in tough boss fights, especially during dungeon raids in the Tower where you fight a boss every 10 levels. Her ability to debuff her enemies can be secure some high damages for your party.

Charlotte is a great choice for keeping the party alive thanks to her healing abilities.

You get her in the beginning of the game. Decent damage dealer but easily overshadowed by other characters.

You recruit him for free in the beginning of the game, unfortunately he’s easily overshadowed by the characters you can roll for in Harvest.

Raxa is a cute monster girl with claws. Nothing else is remarkable about her skills.

Despite the intimidating looks of a ninja assassins, the oddly named Ben is just lackluster and falls flat.

The character you select at the start of the game. Can be either male or female depending on choice. Gender makes no difference to stats.

Can’t be added to your party (yet?). Makes a brief cameo at the tutorial of the game.

How to Get New Characters

You have to reroll to get new characters in Echoes of Mana. It’s a Gacha game so you can put forward real cash to get rerolls quickly. Thankfully you can take advantage of restarting the tutorial to be able to reroll infinitely until you get the characters you want. Check our Echoes of Mana Reroll Guide on how to do this.

Before you know it, you’ll have the best characters in your party. You’ll still have to nurture your party members to put them at their peak, but it wouldn’t be a good game if everything was handed to you.

That’s our Echoes of Mana character tier list. We hope this article really helped you realize who to take with you. Feel free to assemble your own party combination as even a C-tier character can shine when paired with the right characters.

If you still want another Echoes of Mana character tier list, then check out this Youtube video from Auronnj Jayy where he ranks and explains which characters are the best in the game.