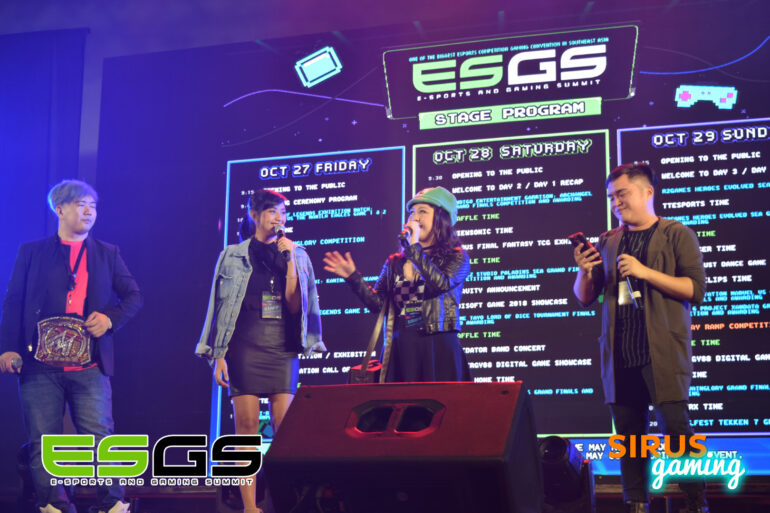 October 27, 2017 – Day 1 of the 2017 Electronic Sports and Gaming Summit. Here’s our recap on the successful opening day of one of the best gaming-related events held within the Philippines. Now on its 4th year, it has proven itself to be bigger and better from its previous inaugurations. 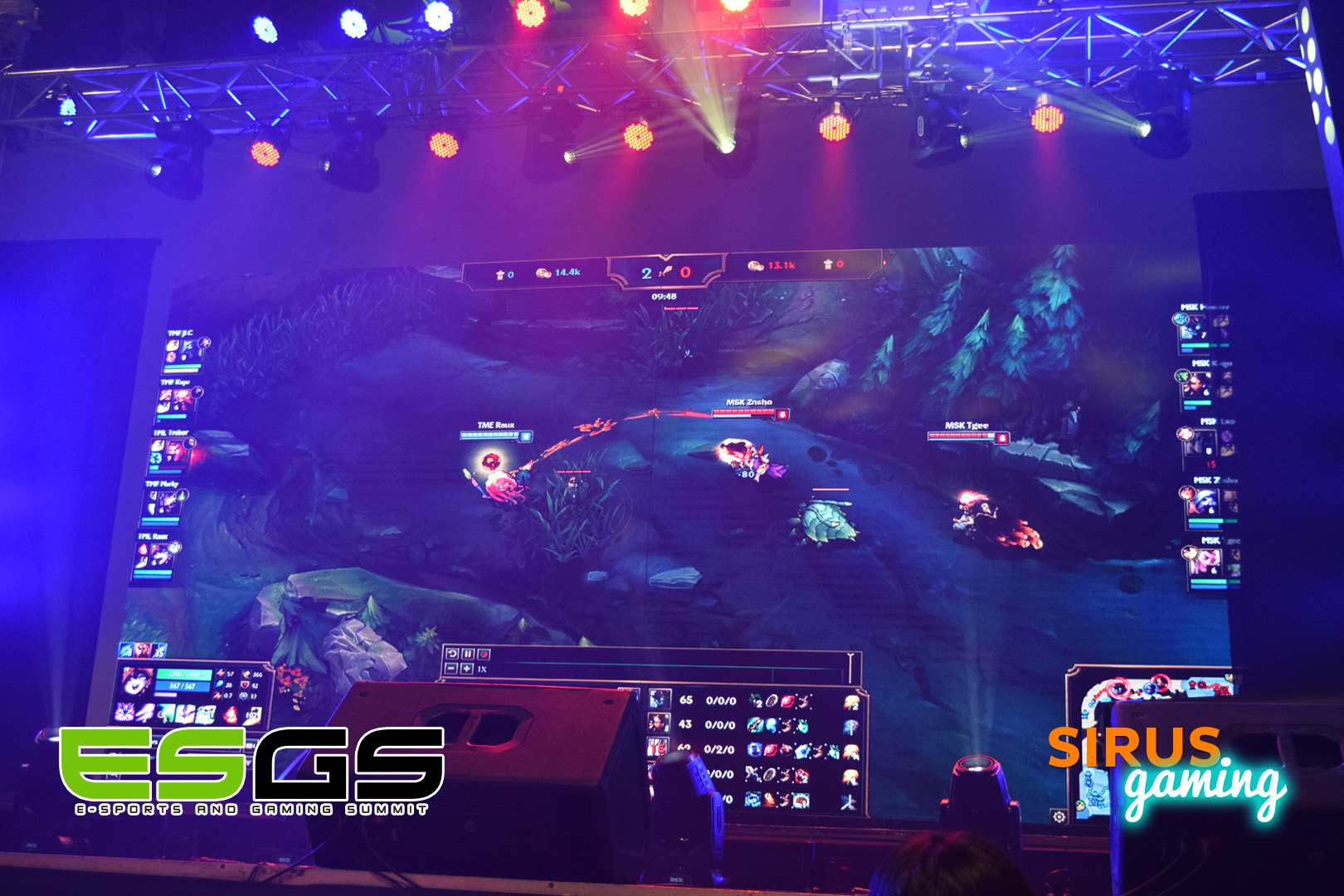 As early as 8:30 AM, at least 150 people were already on queue outside waiting for the gates to open. Most of them pre-purchased tickets but tickets were also available onsite. 3000 commemorative ballers were to be given away to participants, and they were handed out upon entering the event area along with the raffle ticket  where you will be skin-stamped as proof that you have already claimed yours. The event was also very organized, thanks to the accommodating ESGS staff managing the queue and several security personnel handling crowd control.

The key highlights of Day 1 after the opening ceremony at 11:30AM on the main event stage was the showmatch between Mineski and The Manila Eagles for League of Legends where TME won 2-0. Internet’s handled by one of ESGS’ major sponsors, PLDT Home Fibr. Later that afternoon, MSI also held an auction, and up for grabs were different merchandise, among them was a high-end gaming laptop sold to the highest bidder at 32000php only.

There are several publishers and developers that set up booths, and the ESGS this year not only featured a variety of E-sports competitions but general gaming content more prominently. Besides the big AAA games, indie games were not left out as they also had their own showcases, among them were from our very own Philippine devs, grabbing the attention of the convention-goers to raise awareness for their creations. 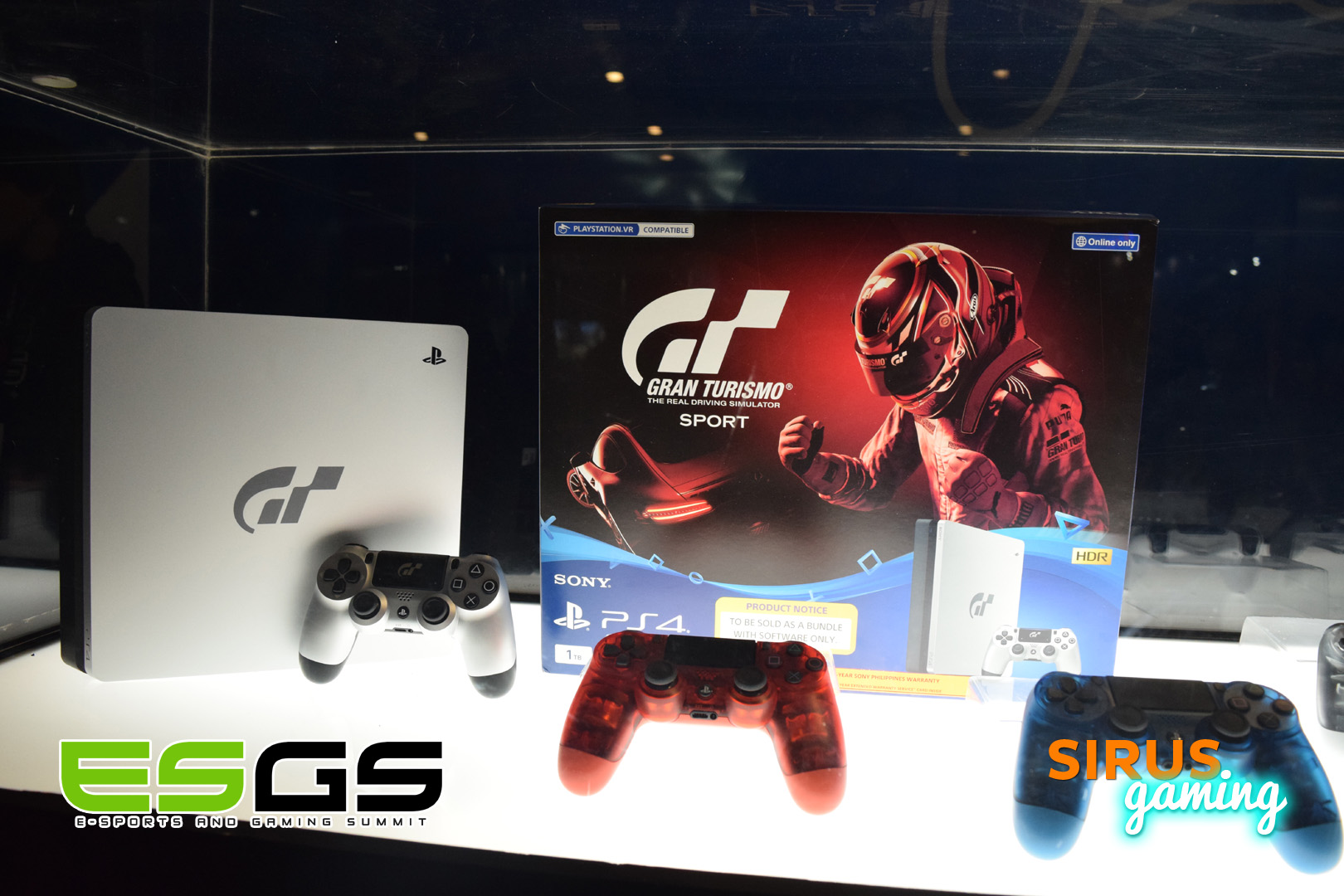 The PlayStation booths were the most visited as they had the most number of games and certainly some of the most iconic. All in all, they had 12: Call of Duty: WWII, NBA 2k18, The Evil Within 2, Dissidia: Final Fantasy NT, Marvel vs Capcom Infinite, Gran Turismo: Sport, Dragon Ball Fighter Z, The Inpatient, Sword Art: Fatal Bullet; and three VR games: Monsters of the Deep, Bravo Team, No More Heroes. 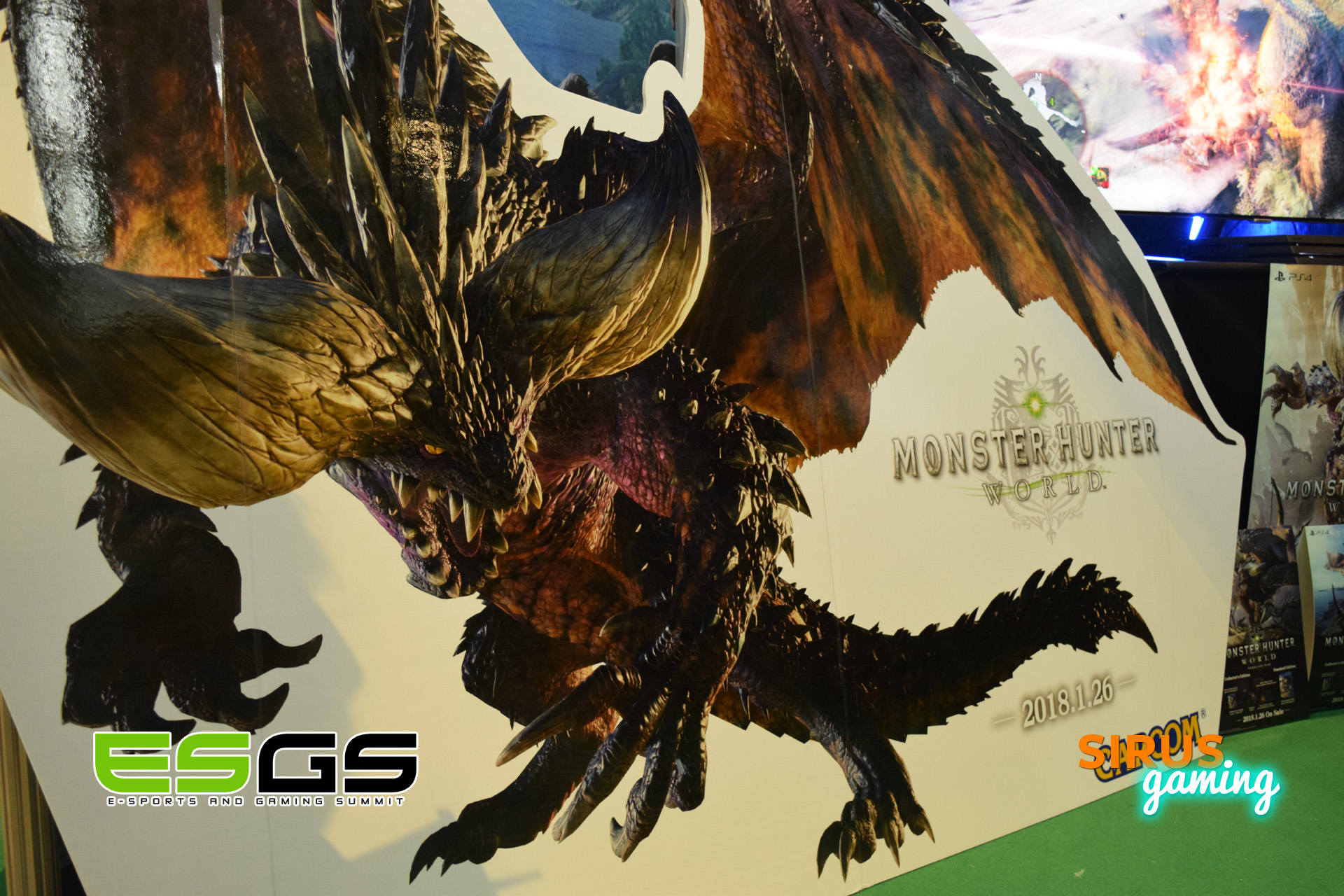 There’s also a Capcom booth for Monster Hunter World and a Ubisoft booth for Assassin’s Creed: Origins featuring 2 life sized statues of Anubis and a tiny pyramid. Convention goers were able to experience first-hand the game demos, and win freebies by playing them and by answering surveys. Still no Xbox though 🙁 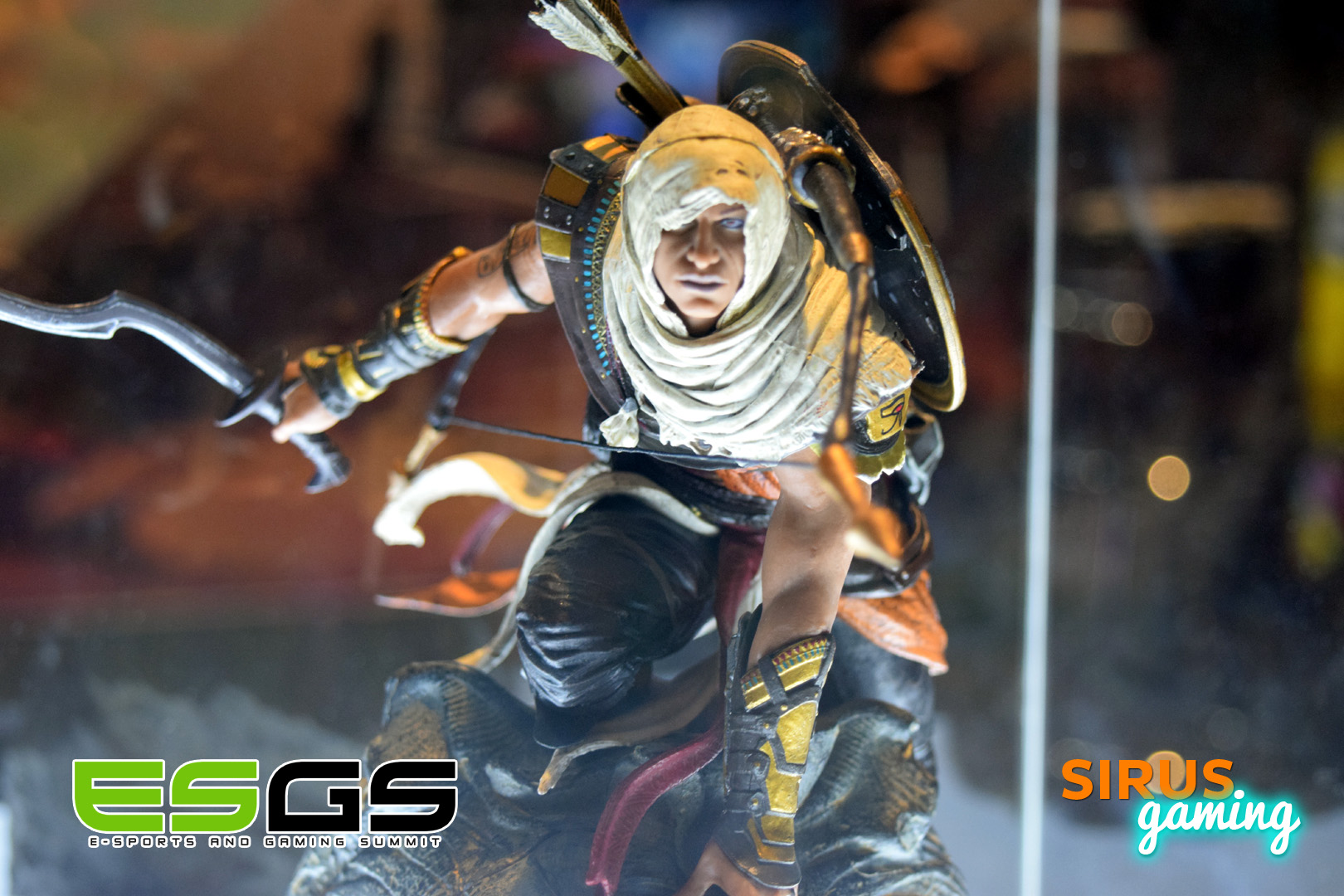 There were a lot of side events happening simultaneously, gaming brands like AOC were raffling PC monitors. There were also mobile e-sports tournaments for: Mobile Legends: Bang Bang, Hearthstone, Vainglory, Clash Royale, and Heroes Evolved. As usual, there were also the hard-to-miss cosplaying on goers, a lot of head-turners aside from the stunning and sexy booth babes. 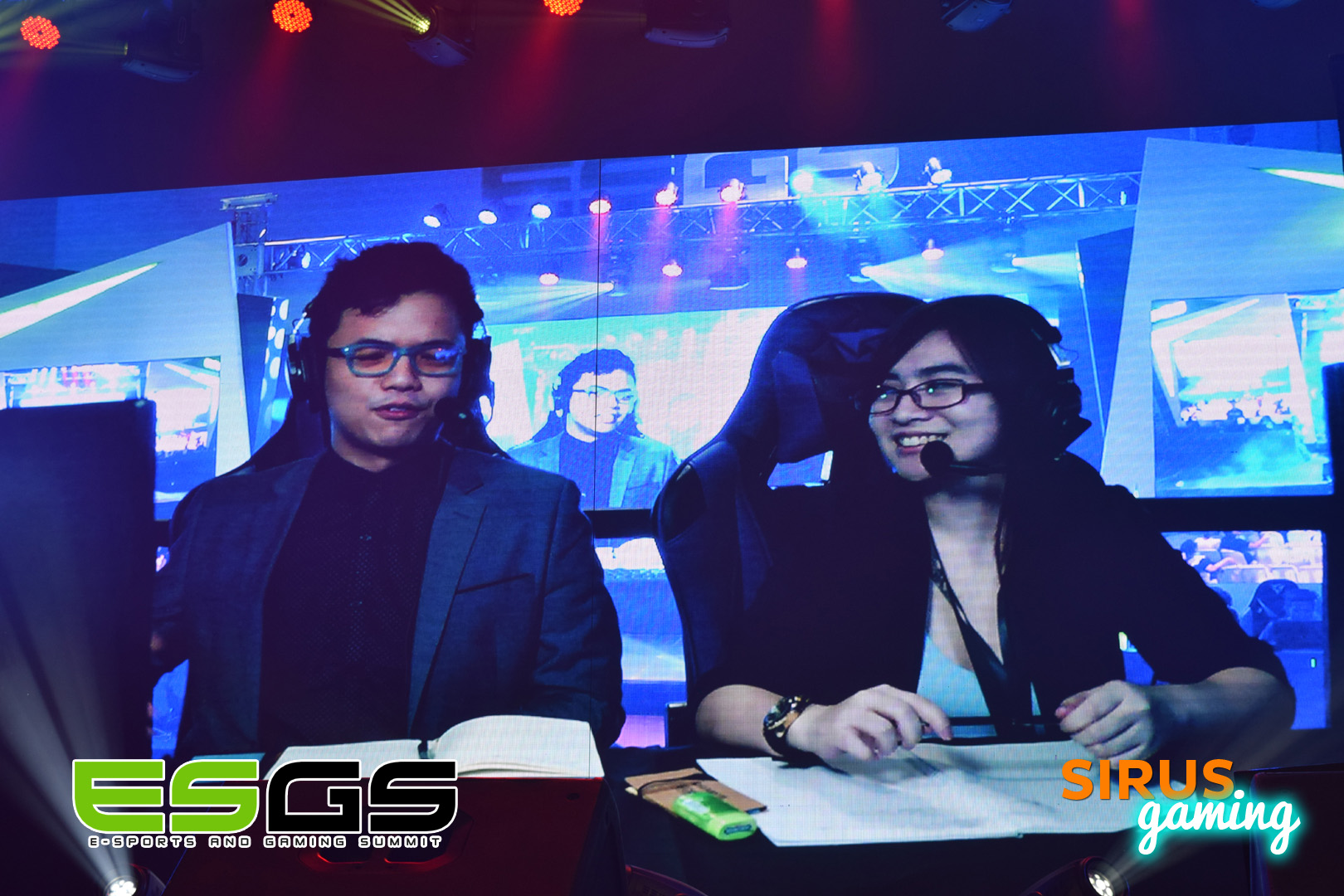 For souvenirs, you can’t possibly miss out on the merchandise section of the event where a lot of limited edition toys and collectibles were being sold at a presumably higher market price (but if you look hard enough and haggle, you just might land a great buy!). Lastly, food stands were available at the left side of the main stage so for those didn’t want to go out of the event area, one may conveniently grab a drink or snack to go.

2 more days to go for the Electronic Sports and Gaming Summit 2017 and it’s going to be a jam-packed weekend. We are all looking forward to more exciting games, prizes, competitions, tournaments and surprises they’ve prepared for this year. Stay tuned for Sirus Gaming’s updates and first impressions on the games we’ve played and experienced in this event!