Check out this powerful demon! 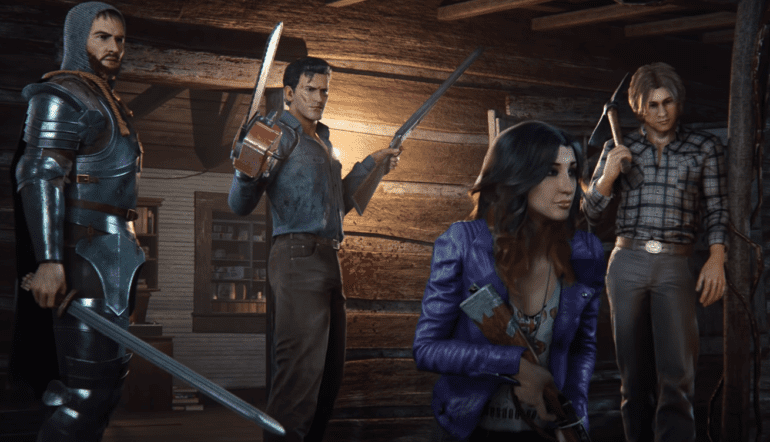 The latest trailer that features the Kandarian Demon is once again narrated by the popular actor and star of the Evil Dead series, Bruce Campbell. The video showcases the new demon’s gameplay like possessing survivors and wreaking havoc on the rest.

The Kandarian Demon has powerful possession powers and has an army of darkness at its command. It can hunt down the enemy players on its own or just command the other Deadites to attack. Players can choose the different physical form of the demon that fits their playstyle with different enemy types and bosses like Henrietta, Eligos, and Evil Ash.

Inspired by the iconic horror, humor and action of the “Evil Dead” franchise, Evil Dead: The Game brings the series’ biggest characters together in a pulse-pounding battle with the forces of darkness. Work as a team of four survivors, including Ash Williams, Kelly Maxwell, Pablo Simon Bolivar, Scotty, Lord Arthur and more, to kick Deadite butt and banish the vile Kandarian Demon. Or become the Demon yourself, using your powers of possession to stop the good guys dead and swallow their souls! Battle with more than 25 hard-hitting weapons and a variety of skill trees in multiplayer and bonus single-player missions to survive the night.

Evil Dead The Game is now available for pre-order and will be released on May 13, 2022. It will be launched on PC via Epic Games Store, PS4, PS5, Xbox Series X/S, and Xbox One. Getting the pre-order will get players two bonus Ash outfits: the Ash Williams S-Mart Employee Outfit and the Ash Williams Gallant Knight Outfit. The Deluxe Edition will have the Season Pass 1 featuring four upcoming DLC packs.