How to Unlock Ash Williams in Evil Dead The Game

There are four Ash Williams in Evil Dead: The Game, but this one is unlockable. How can you unlock Ash Williams from Ash vs. Evil Dead? 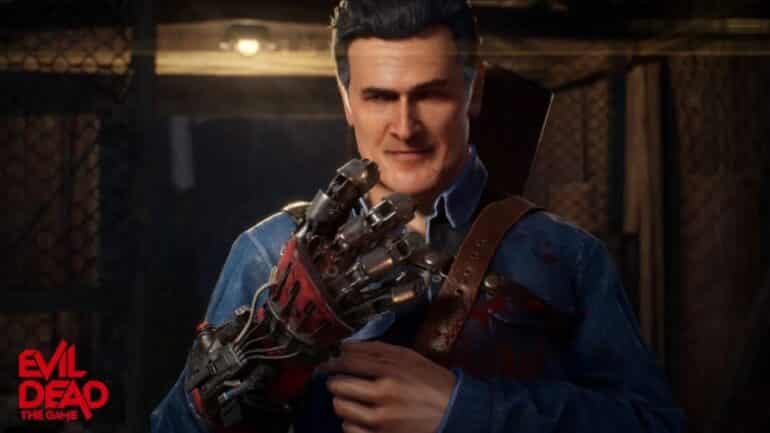 How to Unlock Ash Williams in Evil Dead: The Game?

You need to complete the first single-player mission “If You Love Them, Set Them Free…With a Chainsaw” to unlock Ash Williams from Ash vs. Evil Dead. In this mission, you’ll have to take the guise of young Ash who must find the necklace of his possessed girlfriend, Linda, and set out to put her soul to rest.

This mission should take you a little over 10 minutes to complete. While you don’t need friends to take it on, you do need to be connected online. Read our Does Evil Dead The Game have single player and offline mode article to find out more about the always online requirement of Evil Dead: The Game.

This isn’t the only single-player mission in Evil Dead: The Game. However, it is the only mission you need to complete to unlock Ash Williams from Ash vs. Evil Dead. There are also other unlockable Survivors that can be unlocked by completing the single-player missions. Check out our Evil Dead The Game Survivors – All Playable Survivors, Classes and Abilities where we list every Survivor in Evil Dead: The Game and how they’re unlocked. Now that you know how to unlock Ash Williams, you need to know how to complete Chapter One.

How to Complete Chapter One in Evil Dead: The Game?

Here are the steps in completing “If You Love Them, Set Them Free…With a Chainsaw” mission and unlock Ash Williams in Evil Dead: The Game:

You’ll have to fend off a wave of Deadites and Deadite Elites as you progress through the objectives in this mission. After leaving the Knowby Cabin, you’ll make your way to Bronson Cave where you’ll encounter some Deadites in the way. They aren’t too hard to take down, but don’t let them get too close. Beware of the possessed trees that can attack you.

Once you’re at Bronson Cave, Linda’s Necklace isn’t too far from the entrance. The necklace is indicated by a marker so you can’t miss it. Make sure to scrounge up some ammunition that’s inside the cave. There’s a tough Deadite Elite guarding the necklace you’ll have to take down.

The hard part comes after you dig up Linda’s Head from her grave. Deadites and Deadite Elites will spawn in frequently and you’ll have to dispatch them before you can proceed. Do not go into the fog. After you’ve taken care of them, you’re near the end of the mission.

Go to Payne Manor and Stock Up Supplies

Head to Payne Manor and stock up on supplies. That location has a few Deadites but they’re easy to dispatch. You can find a Legendary Chainsaw in one of the rooms on the second floor. You can leave anytime, but make sure to get everything you can first.

Go Back to the Knowby Cabin and Defeat Henrietta

Make your way back to the Knowby Cabin where you’ll face off against Henrietta. You’ll be interrupted by her Deadites and Deadite Elites on the way but you’re more than prepared this time. Once you’ve reached the Knowby Cabin, Henrietta will spawn in before you can enter the toolshed.

Henrietta is a pretty straightforward boss battle. She’ll summon her Deadites along the fight so you’ll have to be light on your feet. Only engage in melee against Henrietta if you have no other choice as she does a lot of damage up close, use your shotgun to fend her off and save the melee combat for her underlings. While Henrietta normally has the Granny Hug ability which can only be broken out of by your friends, that ability understandably nerfed in this encounter.

After defeating Henrietta and entering the toolshed, you will now unlock Ash Williams from Ash vs. Evil Dead along with other rewards.

This version of Ash Williams is a Leader which means he gives benefits to his team for long term survival. His perks enhance the damage of his team as well as give them resistance to fear, making him especially useful against Puppeteer demons who thrive in possessing your allies.

You’ll also find this Ash starting the match with a chainsaw which is his most iconic weapon besides the boomstick shotgun. While this version of Ash Williams may not be a warrior, he is a menace in close quarters combat at least in the beginning of the game. Take advantage of his chainsaw early match as performing finishers and dismemberment enhances this Ash William’s aura. Here are all his abilities and perks:

Ash Williams is one of the most useful leaders in Evil Dead: The Game and can really help you push through a match if you know how to use him. Just make sure you’re team sticks together to take good advantage of the benefits that his aura gives everyone.

Now that you know how to unlock Ash Williams, perhaps you’d be interested in other Evil Dead: The Game articles we have to offer.

If you want to know what missions look like in Evil Dead: The Game, then watch GameClips showing you every single-player content that the game has to offer.