Fear Is Cheap. Are Games Too Reliant On Jumpscares? 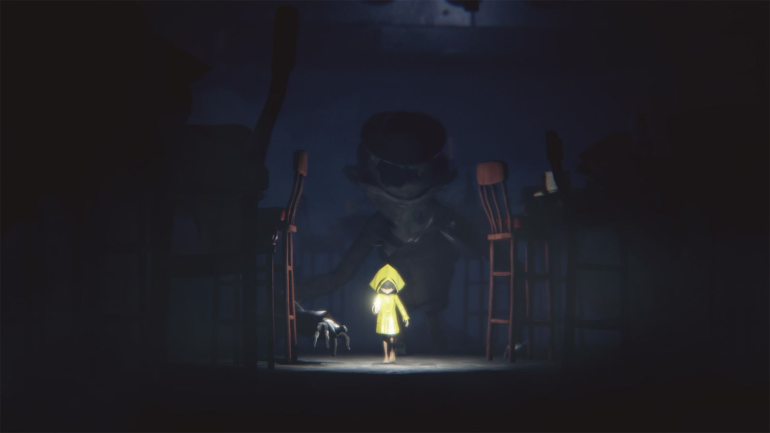 This year was great for horror fans. Games like Little Nightmares and films like It have come and reminded us that it’s okay to be scared a little, sometimes. That said, it’s very difficult to talk about horror games without mentioning jump scares. Generally seen as cheap tricks and utilized by films of all genres, the jump scare is a tool to capture the audience’s attention… or so, after the first time, they throw one at you.

Games that are classics by now like Slender and Amnesia rely on jump scares, but not quite in the same vein that films do. Films tend to have buildups of tension before throwing the spook at you, while in those earlier horror games the “jump” was more because you realized that the thing that’s been stalking you throughout the level was right behind you, and you’re unprepared. Speaking of stalking, there’s been a fair share of multiplayer experiences that capitalize on these, like Evolve and Dead By Daylight, neither particularly well-received.

The pants-down factor is what scares us in games, especially in games where you’re not given a lot of ways to protect yourself. Heck, people have built careers on jump scares – filming them, to be precise. Streamers like Markiplier and Pewdiepie built their fanbase on these games. On a more personal note, as a woman, I need to point out that scaring people via something stalking them gets old real quick. It’s a fear that some of us get used to, and we find ways to work around it.

Jump scares can make or break some games – in Resident Evil they get kinda old if you’re not the best player. This can be true in Silent Hill as well – Pyramid Head becomes a well-loved friend to awful players just trying to figure out how to get away from him. You could probably say that this is true of any big reveal moment, but in a lot of those, your head is in the game and you’re geared to kill a boss in some critical moment of the plot. Even xenomorphs stop becoming scary once you know that there’s one coming up the turn – right there! And you just start shooting. It’s not the best of moments when your jumpscare-into-chase-scene basically turns into a Crash Bandicoot runner level.

On the other end of the spectrum, done correctly they’re fantastic – I’ve had some completely unscripted Left 4 Dead moments when we accidentally found a Witch in the middle of the road. You’ll find more of these in procedurally generated games, or with things like treasure chest mimics or other disguised spooks. Dark Souls has plenty of them, which involve you grumbling with frustration after something attacks you from outside your field of vision, but they toughen you up.

With some games like the original Five Nights at Freddy’s, the game already conditions you to prep for the jumpscares, and gameplay revolves almost entirely about keeping them from happening – with the actual scare moments being when you check a camera and find that an animatronic has started coming down a hallway.

But are jump scares all that horror has to offer? As mentioned earlier, Silent Hill deals with literal dark elements mixed with hallucinations and some things to do with the human psyche. Zombie games tend to deal with themes of isolation and hopelessness while trying to mix agoraphobia and claustrophobia. The Telltale Walking Dead games explore more basic fears – the loss of a loved one, catching a disease, losing control of yourself and your actions, being ostracized by a community. Of course, there are games that just have ghosts, like Fatal Frame, and games where the main antagonist might be your sanity, like in the recently released Black Mirror. Some games are the other way around, where everyone else is insane, like with We Happy Few.

Truth be told, games aren’t terribly reliant on jump scares. Not the good ones, anyway. They’re a tool to be used with a steady hand and are great for just surprising people when you least expect it. But there’s plenty of other ways to set the tone of the game, and more ways to traumatize your players than just throwing monsters at them every few minutes. Limbo and its brother Inside are platformers that are terrific at just giving you the creeps and generating that hopeless feeling I mentioned earlier. Day Z’s set pieces can give you the impression that a jump scare is about to happen – making you hightail it if you find an abandoned car along the road.

For a more modern take on fear, there’s the millennial version of the stalker in the night – Osmotic Studios’ Orwell: Keeping An Eye On You puts you in the shoes of an investigator trying to smoke out terrorists by looking through suspects’ social media profiles, and there’s some genuine “oh shit” moments when someone gets killed because you read too much into a blog post. Ever worried about if the wrong people see your twitter? After playing Orwell, you will. One of my biggest fears is not knowing who to trust and this game preys on that fear, even while putting the player in a position of great control. Between getting jumped on by a weird creature in the middle of the night, or having to police your every move because you could get killed for saying the wrong word… Which is more likely to happen in real life?

I know what I’m more afraid of…