A guide on how to conquer and survive the Smileton dungeon. 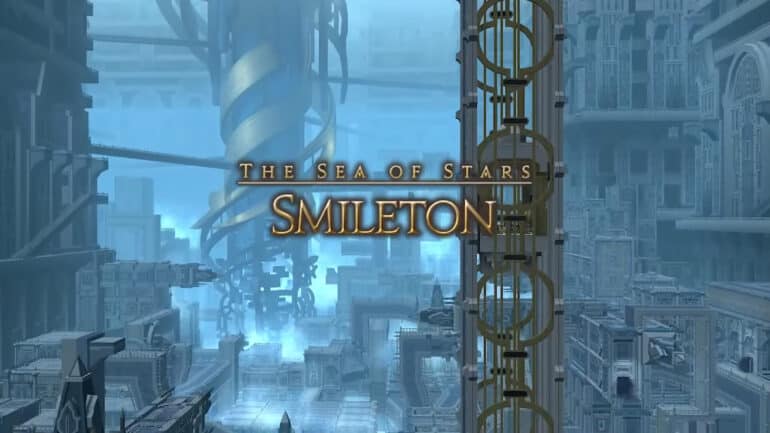 Smileton is a new level 90 dungeon that was added in patch 6.0 of the Endwalker expansion. Players will have to complete all of the objectives of the dungeon, and that includes defeating the three bosses that reside in this dungeon.

It is the culmination of the Warrior of Light’s journey through time travel, apocalypse, and multiple battles with formidable opponents in Final Fantasy XIV: Endwalker.

A Dungeon at the center of the Moon, known as “Smileton,” awaits a worthy challenger after you stop the Final Days, and you must help the panic-stricken Loporrit Buildingway with a mysterious task.

We got you covered with this guide so that you can clear this dungeon in no time.

How to unlock Smileton Dungeon on Final Fantasy XIV

To unlock the Smileton Dungeon, you must be at least level 90 and complete the Cutting the Cheese quest from panic-stricken Loporrit Buildingway (X:11.8, Y:11.4).

It is one of three capstone dungeons that players will encounter in Endwalker, and it can be found in the Mare Lamentorum area.

How to prepare for the Smileton Dungeon?

To prepare for the Smileton Dungeon, players will have to be at least level 90 with a total of 540 gear level (iLvl). Partying up with 2 DPS, a tank, and a healer is recommended.

How to defeat the Smileton Dungeon bosses?

To defeat the Smileton Dungeon bosses, you will have to traverse a very Escher-esque landscape riddled with mobs. The minor monsters shouldn’t be a problem as long as you’re partied up and geared up properly.

We will be looking through each of the bosses’ attack patterns to that you can act accordingly and ensure victory.

Face is the first boss that looks like a massive wall with a face. It is accompanied by smaller heads outside of the arena that can dish out attacks in certain parts of the fight.

To defeat Face, you have to know that its heads can each deal a sad (red) or a happy (blue) debuff which can stack up and deal additional damage. Getting three stacks of debuff will immediately knockout the player.

Frameworker is the second boss in the Smileton dungeon. He has two adds that can offer help by copying his moves.

To defeat Frameworker, the player needs to know that most of its moves are position-based, so finding the right spot to avoid damage is key to defeating this boss.

The Big Cheese is the final boss of the Smileton dungeon. It uses mines and explosives to dish out massive damage throughout the arena.

To defeat The Big Cheese, pay attention to the number of arrows on the conveyor belts on both sides of the boss and avoid stepping on the mines that will be thrown.

Follow these guides and you’ll definitely be able to clear out Smileton Dungeon and enjoy the loot that you’ll get.

The Smileton Dungeon loot along with the other two endgame dungeons, provides access to The Last Accessories, which are items at level 560.

Check out our Endwalker Pandaemonium Raid Guides so that you can also complete the new raid:

Also check out our other Final Fantasy XIV Guides.

If you want to invite your friends to play FFXIV Endwalker so that they can help you on your quests, they may have to wait for now while FFXIV sales are still suspended as of this writing. Read more about the suspension here.

Watch this video from AzuriteRPG for all FFXIV Endwalker Smileton Dungeon Boss Guide: