A guide on how to get the Doctor Strange skin in Fortnite. 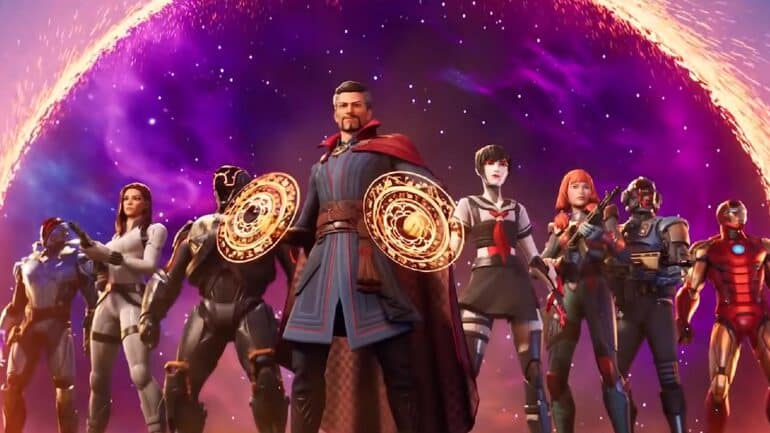 In Fortnite Doctor Strange is one of the newest Marvel characters to join the fray in the game, just in time with the release of his newest movie Doctor Strange and the Multiverse of Madness. Eager fans of both the Sorcerer Supreme and the game itself can get him as a skin and duel with other players in this mashed up universe.

His arrival to the game might just be in the nick of time as this chapter is about to end. Will there be an Infinity War sized battle by the end of the chapter? With his addition to the game, could we expect a lot more crossovers to happen from different universes in the future?

Learn how to get Doctor Strange in Fortnite with this guide.

How to Get Doctor Strange Skin in Fortnite?

Doctor Strange can be obtained as a skin in Fortnite by purchasing the Battle Pass (950 V-bucks) for Chapter 3 Season 2 and have it leveled up to level 100.

And by variants, we mean styles. The Fortnite Doctor Strange skin also has different styles, and the way they can be unlocked is by claiming a certain number of regular a bonus rewards from the Battle Pass. Here are the available styles:

It will surely be a grind, but seeing these styles are worth the effort, especially if you are a big fan of him.

Where to find Fortnite Doctor Strange NPC in the map?

Doctor Strange can be found in The Daily Bugle’s largest building. He is located at the first floor of the building.

What does Doctor Strange sell?

What does Doctor Strange drop?

Like with other NPCs on the battle map, Fortnite’s Doctor Strange can be fought and defeated. He will drop a Common Auto Shotgun, a Common Ranger Assault Rifle, and AR ammo. Be careful as he’s not known as the (former) Sorcerer Supreme for nothing.

Does Doctor Strange give out quests in Fortnite?

He does not provide any quests at the moment. Cross your fingers that he will have his own quests in a future update.

If you like this Guide, be sure to check out our other Fortnite articles:

Check out this video be EveryDay FN showcasing the default and the different styles of the Doctor Strange skin: